In particular, some comments on websites were worrisome as they show a lack of maturity among certain segments of Singapore’s blogosphere when it comes to handling how civil societies engage with each other. It underscores deep insecurities within the city-state about Malaysia, which have recently been exacerbated by the reemergence of Dr Mahathir. 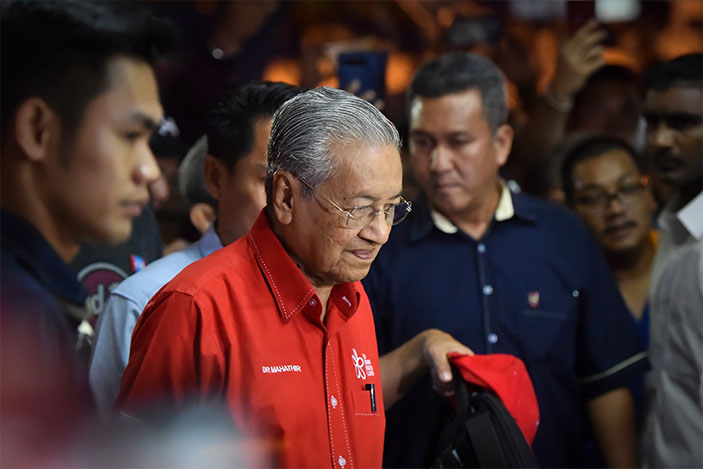 It is clear since the Pakatan Harapan government assumed power in Malaysia that it is serious about eradicating corruption and the excesses of the previous government.

Dr Mahathir has been its spearhead and he has been going at it full-tilt, perhaps recognising that his time as leader may be abbreviated. It must be taking a toll on him but he is striving on. ‘Singaporeans should be lauding his actions rather than being wary of them. While Dr Mahathir may have some legacy issues with Singapore, one would think that bilateral relations with Singapore is not uppermost in the 93-year-old’s list of things to address.

Besides, relations on the ground between Singapore and Malaysia have always been very strong, due to the many social, cultural and historical connections.

Thousands of Malaysians travel to Singapore every day to work, while thousands of Singaporeans travel into Malaysia for a range of activities from work to leisure to shopping. This will continue to happen regardless of how the political leaders of the two countries engage with each other and how many Singaporean activists visit Dr Mahathir.

The negative comments that came out in the blogosphere seem to be forgetting this well-established state of affairs. Having a closely connected Malaysia, or Indonesia for that matter, as Singapore’s nearest neighbours has been vital to the city-state’s development over the last decades.

In any case, it is likely that activists have little political impact outside Singapore, other than making known their views to a world that may or may not be interested in life in the city-state.

The likes of Dr Thum, Tan, Wham and Liew will have noted that Dr Mahathir seems to be pursuing ideals that are more democratic these days and have converged towards him, like moths to a flame. It is natural to seek the counsel of a highly experienced political leader who makes himself accessible.

His knowledge of Singapore goes all the way back to his medical school days on the island. That is something worth tapping.

All this seems to have little to do with whether the activists are loyal to Singapore or not. In fact, you could argue that their concern for Singapore’s future and willingness to go public with their non-mainstream views shows a deep loyalty to their country, which is quite rare.

The Causes Of Slipped Disc

On a related note, you can possibly discern the entrenched insecurities that Singaporeans have about Malaysia if you were to ask a group of Singaporean millennials about who they think Singapore’s enemy is.

Who Is The Enemy?

This column did that recently and was shocked to hear that some millennials considered Malaysia as their enemy, even if the view is somewhat made in jest. On closer inspection, those who cited Malaysia as Singapore’s enemy had little or no family connections with Malaysia. This seems at odds with the constant traffic and interconnections between the two countries on a daily basis. But it could explain why there was an uproar in some quarters between the meeting of the four activists and Dr Mahathir.

If it’s really true that some in the younger generation see Malaysia as the enemy, how did such a perspective come about? Where did it come from? A discussion about this would certainly be more productive than getting all hot and bothered about a civil meeting between four activists and Dr Mahathir.

See also  Get To The Root Cause Of Income Inequality