LIKE the annual health screening, which offers a review on our state of health, economists and analysts look forward to the semi-annual Macroeconomic Review which will be released by the Monetary Authority of Singapore (MAS) today.

It provides the analyses and assessment of Singapore’s economy. Other key sections in the report include the Monetary Policy Statement, Macroeconomic Policy, overview of the global economy as well as inflation and labour figures.

With the announcement of the latest economic figures and policies, market analysts would then calibrate, refine and chart their own courses.

Given the strong initial start, what surprises are in store for 2018?

This year started well, as many believed that the global economy is on the path of recovery, and the upward trend will be supported by the synchronised global economic growth that has gained significant traction in the past 12 months.

There was reported growth in investment, trade, industrial production as well as increasing consumer and business confidence. The International Monetary Fund (IMF) revised the global GDP growth to 3.9% from 3.7%. Policy-wise, the key central banks have indicated their gradual departure from the period of super-easy monetary policy, led by the US and followed by Europe.

In the first quarter 2018, the Singapore economy was estimated to grow 4.3% on a year-on-year basis.

The stock markets responded positively, with a 6% increase in USA’s Dow Jones Industrial Average and S&P 500, a 10% surge in Hong Kong’s Hang Seng Index and a 4% rise in Singapore’s Straits Times Index, all within the month of January 2018. 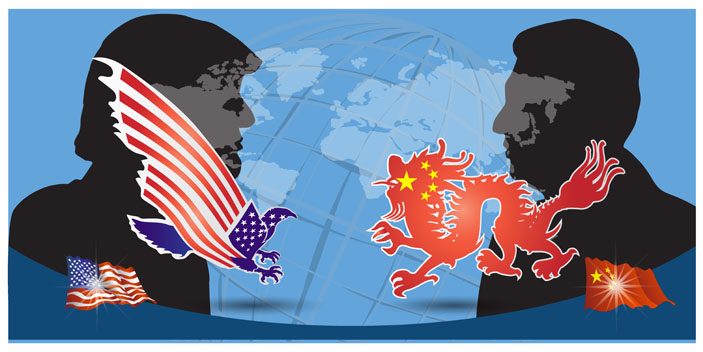 However, signs of trouble began when President Trump announced tariffs on import steel and aluminium in early March. Two weeks later, he decided to slap a trade sanction on China, including restrictions on investment and tariffs on USD60 billion worth of products. China retaliated subsequently and announced new tariffs on a list of more than 100 American goods, notably the 25% duty on imported soybeans from the US.

Even though the immediate economic impact is limited, this tit-for-tat responses spooked investors, as one cannot simply ignore the two 800-pound gorillas in the room.

Increasingly, there are concerns that this will trigger a domino effect as other countries join in and raise their own trade barriers. Consequently, the stock markets started to slide down and entered a period of volatile trading.

Singapore is a major trading hub and is export dependent, and any form of trade war will be detrimental to its economy.  Given these recent developments, I would expect the upcoming economic projection for 2018 to be more prudent, in the lower of the 2.5% – 3.5% range. Growth above 3% will be critical for the overall business climate and confidence.

Nevertheless, my assessment of the recent tit-for-tat responses between USA and China is that the bark is worse than the bite.

After the rhetoric, logic will prevail and trade negotiations will follow. A somewhat palatable solution would emerge, politically acceptable and economically viable for both sides.

Hence, the risk of a trade war spinning out of control will be restricted.

1. After the initial euphoria on how wonderful the global economy will be in 2018, recent geopolitical events have generated a significant level of tension and market volatility. The economic impact of the recent trade disputes is still limited given its nascent stage. How the trade negotiations unfold in the coming months will be closely watched.

3. Finally, we should also watch out for a few other key figures, though I expect no surprises. The MAS Core Inflation will still be within the 1-2% range in 2018, while the unemployment rate will stay around 2%. It will be interesting to review the labour productivity figures to gauge if the growth last year was sustainable.

Lee Kian Soon is the CEO of Astral Asset Management. He is the Fund Manager of Astral Value Fund investing in Asian equities.

See also  Is Singapore Ready To Do Business In The Region?