AS COSMIC phenomena, pulsars are known for their steady displays of energy.

In somewhat similar fashion, Nissan’s Pulsar has the ability to deliver a steadiness about it that is predictable and will not take you too far away from the middle of the road.

Last seen in the 1980s, the new Pulsar has gone for some serious soul searching and a major facelift to come back as a perky hatchback.

The new Pulsar, it must be said, does have a greater degree of refinement worked into it.Thanks to turbocharging, small engines are delivering way more than they used to and are quite comfortable about it.

With a 1.2-litre engine on board, the Pulsar is far from a meteor streaking through the heavens. It takes more than 12 seconds to get to 100kmh, and runs out of steam at 185kmh. So, there’s not a lot of breadth of breath in this car. But there’s enough to get you there without huffing and puffing. 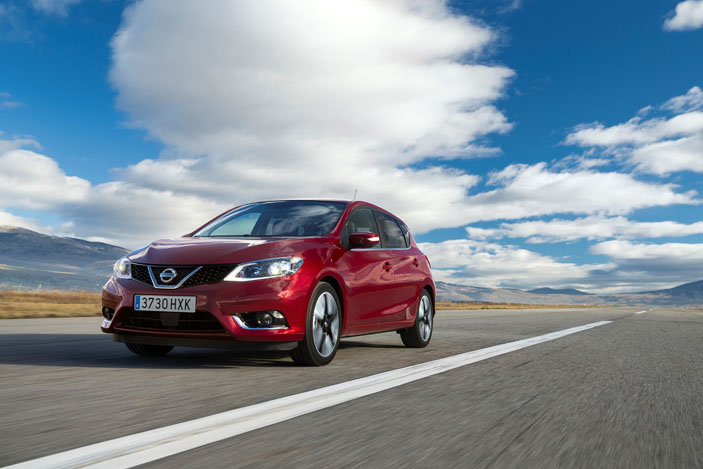 But, it is certainly good enough as a daily routine runner. Kids to school. No problem. There’s lots of legroom in the back thanks to the smart construction. Grocery shopping, that’s fine, and the boot’s large too. For the office? Definitely, especially if you’re in no big rush and live according to a predictable timetable.

You’ll appreciate the Spanish-made Pulsar’s predictability. It runs well, the engine is amazingly smooth for a low-capacity Nissan, and even if the handling is a bit vague and the brakes need some encouragement to come to grips with what’s required, you can get used to it.

The multifunction steering will deliver the goods at your fingertips, and what’s nice about the Pulsar is there’s a lot of convenience included in the package.

All this connectivity means you get your music playing as you enter the car. You might want to note that there’s a big drop in audio quality when you plug in directly to your music source and when you play it on Bluetooth. But, that’s minor stuff.

The inner sanctum is functional, albeit with a bit of confusion. There’s a piano black finish around the gear shifter, a bit of Louis Vuitton epi leather treatment on the dashboard plastic, and there’s the usual textured car plastic. They all kind of blend one into the other, so the desired effect is eclectic if uncertain.

If you consider its market segment, the Pulsar does deliver an option that’s worth serious consideration.