WHEN you have the power, it’s not about how you use it, but that you have it handy.

And with the new BMW 5 Series, the power is a given. It’s not about being brutish, but about power delivered with aplomb. When you are making your way about in city traffic, it’s calm and collected, quietly confident. When you need that aggression, it’s there. Don’t for a minute forget that. For it snaps your neck back with some force as it whips away from 0-100kmh in around five seconds.

That exhilaration can be scary initially, but somehow you never feel you’re out of your depth or that you’re going to lose control of the machine. It’s incredibly grounded when it needs to be, tucking into those corners and flying down the straight and narrow, but for driver and passenger it’s an exhilarating, enjoyable ride. 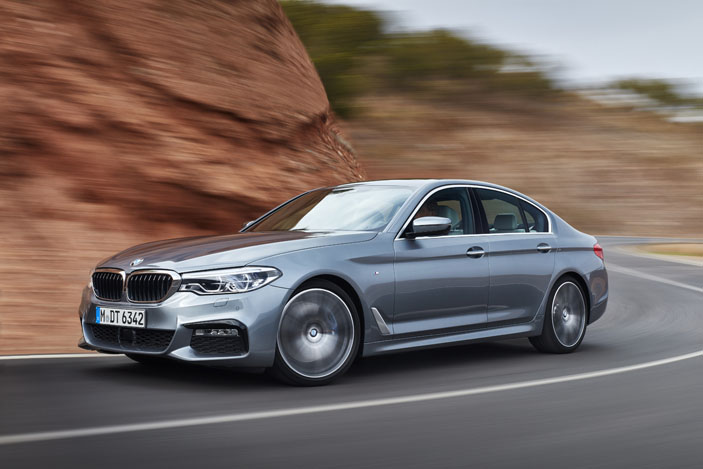 And that’s key to the new 5 Series. It’s about enjoying the driving experience. All the while, still holding true to the business class pedigree it’s been known for in its previous six iterations.

Having moved more than 10,000 BMW 5 Series in  the last nine years in Singapore’s overtaxed market, this is the model that appeals to the up-and-coming executive set who wants to show they’ve got what it takes. It strikes a balance between performance and perception.

Since the launch of the new 7 Series, the question being asked was how much of the leader of the BMW pack would rub off on the followers. 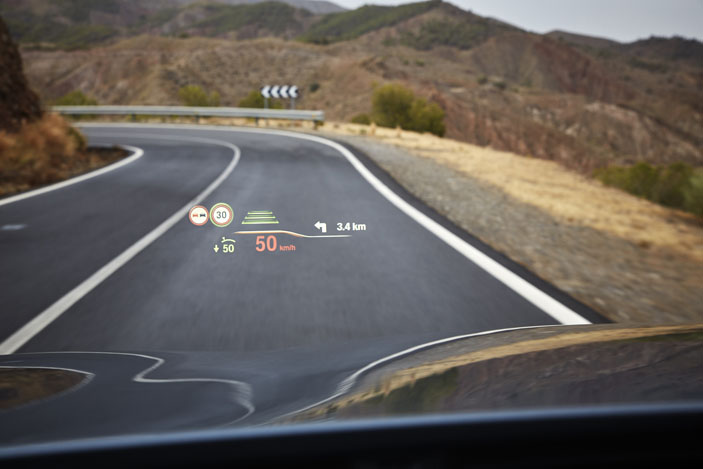 The 5 Series clearly makes its intentions known the moment you are handed the key, which should double as a handphone in time to come. The giant key is handed down from the new 7 Series, along with features such as remote parking, gesture control of the Harman Kardon system, an advanced head up display, Active Cruise Control, among the slew of driver assists, and the sheer finesse in the finishing.

There are creature comforts aplenty to luxuriate in — from soft leather seats that massage you in the rear to wood veneers on the test drive 540i model (which will be replaced with metal in the units on sale here), refreshing yet subtle fragrance for the cabin and instrumentation that gleams and glows when required. 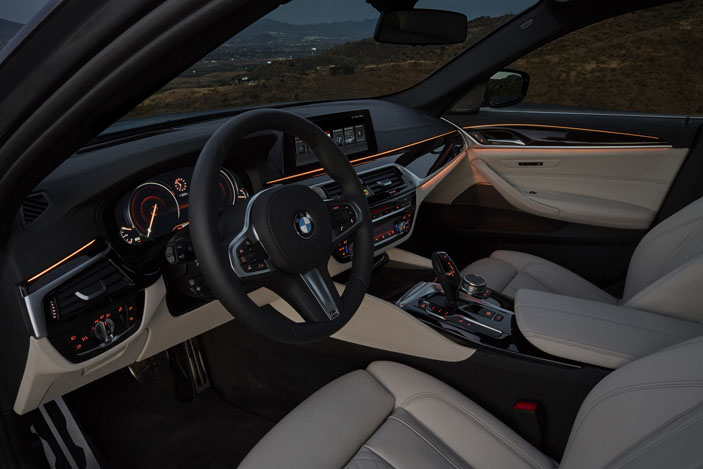 The only stand out that doesn’t quite sit well is the touchscreen display which is big, bright but perpendicular. Looking almost like an afterthought, but clearly not since it’s been present in many BMW models in this format, the features on offer are designed to wow you into a slight state of euphoric techy bliss as you poke at it or fiddle with the iDrive controller.

The connectivity is seamless as your phone signal is picked up and your music gets underway with wireless Apple CarPlay. Low on juice? Pop your Android phone on the inductive charging pad, since the feature is not available for iPhones. 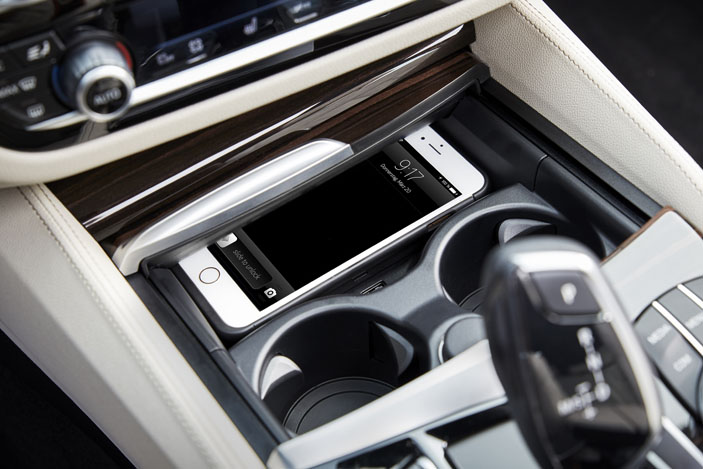 But it’s the new engines that set the adrenaline surging. The three-litre turbocharged engine on the 540i is loaded onto a car that’s 100kg lighter than its predecessor and designed in every way to perform.

The tone of the engine is edgy in Sport mode, urbane in normal driving and unobtrusive when it needs to be. It takes you from standstill to a top speed of 250kmh effortlessly with the TwinPower turbo smoothly working to deliver. It does it responsibly, keeping emissions and efficiency in mind for a world that makes demands for car manufacturers to balance performance with environmental consciousness, yet allow for business and pleasure to come together.

See also  Does The Kodiaq Czech All The Boxes?