OSAKA’S flour-based dishes — okonomiyaki and negiyaki pancakes, and takoyaki octopus balls — tend to dominate the memory of those who have been to this lively, bustling Japanese city.

But like all things Japanese, beneath the popular, there is always the refined product that helps the country set the tone for global palates. Menus featuring carefully-selected, artisanal dishes are never too far away; you just need to know where to look.

Taking that same approach, if you wish to dine on more refined Osaka cuisine in Singapore, you only have to look. Along Cuppage Terrace, Sushi Chiharu is tucked away in a Peranakan building. Entry to the diminutive 12-seater restaurant is through Tamaya Dining, away from the bars and bustle along the walkways. This restaurant is plain and functional, zen in appearance to the point that you feel — as you sit shoulder-to-shoulder — like you’re being schooled by young teachers, who explain things to you before feeding you.

Chefs Issei Taba and Nakahara Saya were put through the paces at Insyokujin College, a highly regarded culinary academy in Japan, before being allowed to showcase their skills in public. 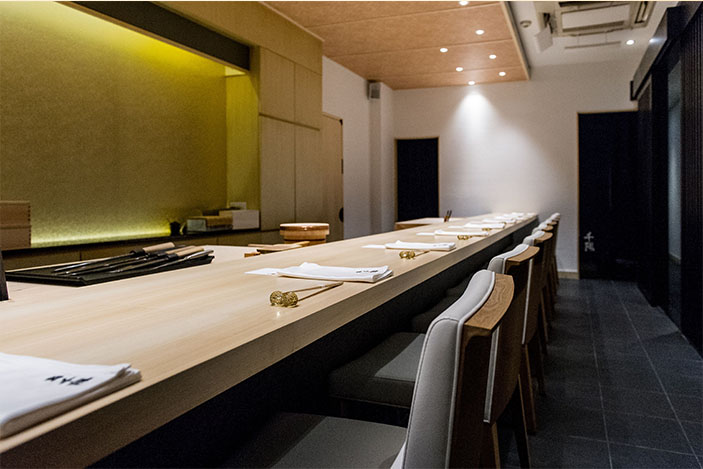 The preparation of Edomae-sushi requires the young, 20-something chefs to be trained in the use of the seasonal ingredients found on the 18-course omakase ($140++) and 10-piece nigiri sushi ($90++) menus.

Is Your Blood Pressure Too High?

Are We Being Less Neighbourly? 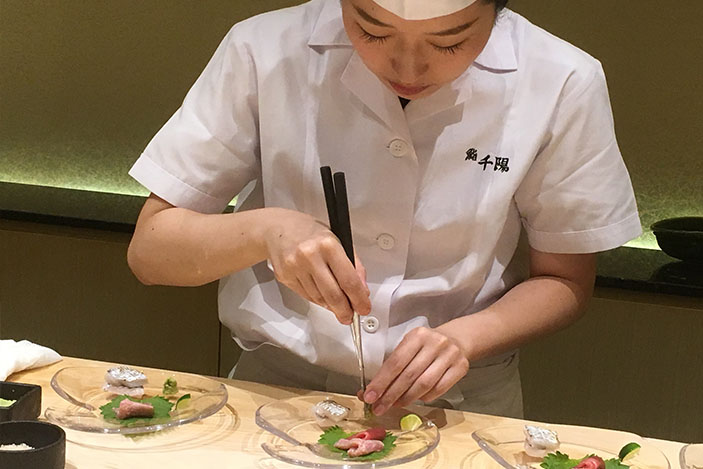 Osaka still enjoys its reputation as “the nation’s kitchen” — in deference to its status as a rice-trading hub during the Edo period. Focusing on simplicity and flavour, the dishes at Sushi Chiharu pay homage to the special marination techniques of the Edo period — boiling, curing with salt, vinegar or soy sauce.

To ensure freshness, about 85% of the ingredients are flown in twice weekly from the best fish markets in Japan.

We start off with a spot of golden-yellow pumpkin soup with caviar and gold leaf. It’s a sweet, salty, gilt-edged start to the proceedings, and is followed by Daggertooth pike conger eel with a sweet vinegar jelly, which is slipped in.

As Satin Doll plays in the background, adding to the melange of sensations, next up is Hokkaido king crab with egg, a cracked claw of tender, tasty flesh. King crab is known for its sweet meat, and this doesn’t disappoint in its simplicity and flavour. 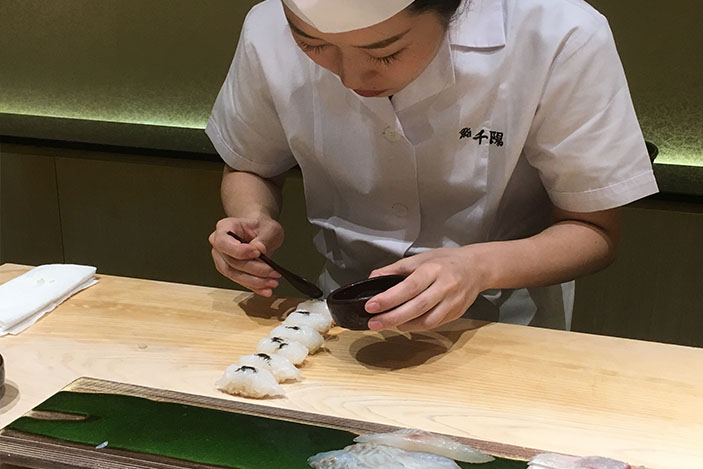 Chef Nakahara fondles the Ika Somen (squid and rice) into bite–sized portions. She then carefully dots the pieces with black squid ink like a work of calligraphy, before gracefully placing each on a blue plate handmade from Chiba. For a fleeting moment, you feel this should be framed up instead of being popped into your mouth, lost forever.

But it tastes sweet and delectable, and you almost feel like swiping another piece off your neighbour’s plate. 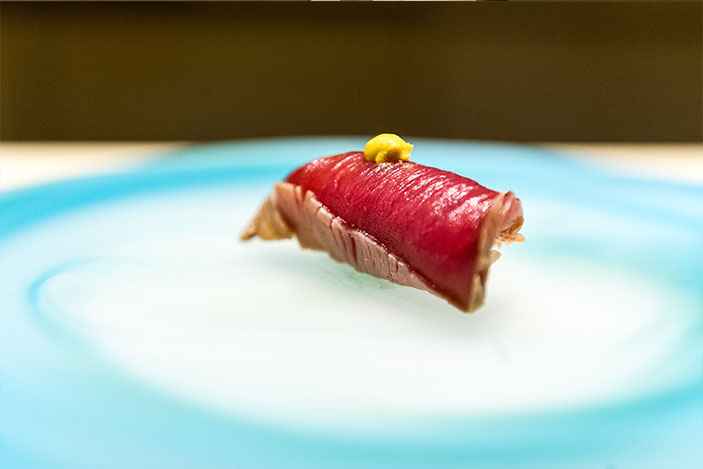 Some pieces are served directly to your hand, which means you have to keep your hands clean, others are chopped and mixed, like the fatty and normal tuna used in the Negitora.

There is a conspicuous absence of salmon from the dishes. “It’s not common in our cuisine,” explains Chef Taba.

The wide variety of other fish from the region more than compensates. 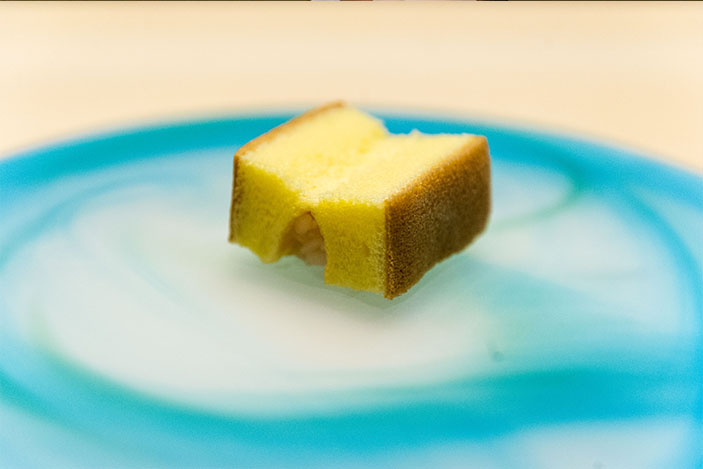 Whipping Up The Sweets

Bringing the sushi ensemble to a close is the carefully cooked kerayaki egg. The eggs are whipped with salt and sugar for 15 minutes, then cooked on a low flame for six minutes along each of the four sides of the square pan.

Everything requires precision and impeccable timing so that there aren’t unnecessary pauses between courses.

Dessert is black bean ice-cream with gold leaf, a small but intense taste to sweeten the ending.