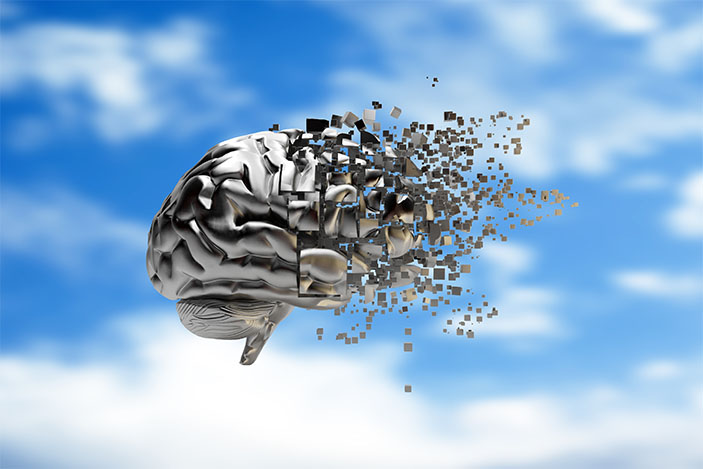 COUNTRIES want it. Investors want in.

Start-up founders do not understand it. Lawyers reap it.

Large companies invest in it with all their might and strength. Start-ups nitpick their way based on unsolicited haphazard recommendations.

All in all, it seems a pretty muddled up mumbo-jumbo of a field.

But the whole world is abuzz with intellectual property rights (IPR).

There are large companies who have their own level playing field; where monetization takes place. Where licensing and cross-licensing are everyday activities, where greeds of lawyers on payroll provide not only a defensive moat but also a pincer movement for attack at the slightest of threats.

With 50% of engineering patents being in the software sector and with 50% of life-sciences being in the biotechnology sector, both these sectors are a hotbed for litigation.

Is intellectual property (IP) a myth, a buzz, a giant, or a mine-infested battleground?

I have defined IPR cultures by [organisation], as follows:

PRAXIFY was acquired by Athenahealth in 2017, but prior to that, its patents always were hand-in-glove with the technology that was being built. The pace of spend on patents was judicious and also in line with the technology that was being built, which, in turn, was in pace with their marketing and revenue streams. A perfect example of 20x growth in 7 years, keeping everything in check and making the right noises at the right times.

FITBIT has a plethora of abstract patents that creates a strong ring fence to ward off any other wearable device manufacturer.

APPLE will fight to the core for its rights. The world’s first trillion dollar market capped company spends heavily on filing aspirational patents, and fights tooth and nail for trivial subject matter such as 3-dimensional trademarks for its Genius bar.

VIRNETX and SMARTFLASH patents reveal true genius. Without building any real technology, these patents turned out to be enforceable, and brought companies like Apple and Google to their knees based purely on the prowess of their IPR.

THERANOS kept getting patents granted even when their technology was proved to be a massive failure. While the patent curve grows, suggesting advancements, the real life story begs to differ. This divergence is baffling; but, it is also a true and shocking indicator of how theory and practice starkly differ.

SAMSUNG started as a company that copied the iPhone and iPad designs, but has pivoted itself by flooding the market with newer designs, and sets its sight on becoming the sole owners of everything OLED in the IPR arena.

Is it possible to have IPR landmarks which correlate with growth landmarks?

These are the correlative landmarks that a founder / investor can see while the start-up grows through its phases: 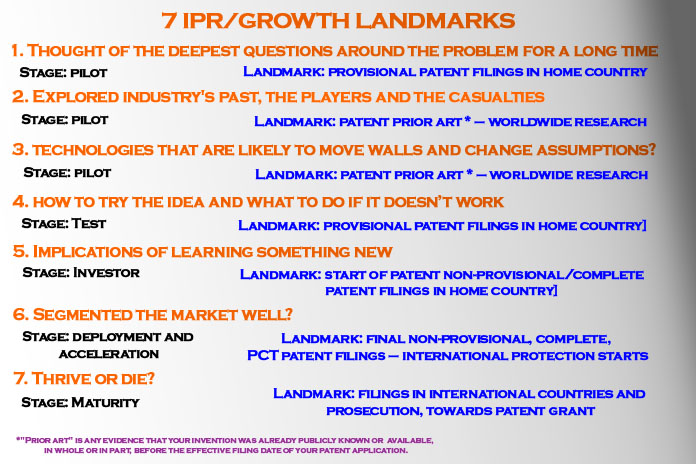 After having successfully led and seen start-ups from their nay-days to their glory-days, it seems that there is a pattern that can cautiously be identified, so that it becomes a win-win for founders and investors alike; in terms of spend as well as in terms of protection (Moving from defensive and marketing to attacking, enforceable, and saleable.).

It may seem irrelevant if we mathematically equate intangibles with growth, but we need to remember that ‘Big companies can do to startups what startups with IP can do to big companies’.

In the future, IP will be all that matters — except when it doesn’t. If a growth story is compelling enough to truly differentiate, then that story will continue to resonate. And if it doesn’t, it won’t.

In the end, if a smart attorney crosses these justifications with the landmarks, mentioned above, and keeps in mind the type of IPR culture that you wish to pursue, the resultant start-up will almost always get a bang for its buck.

Chirag Tanna is a registered patent attorney and founder of InkIdée. He will be talking about How To Build An Affordable IP Strategy on Friday, 1 November at 20 Temenggong Rd, Singapore 098772. Register at : https://tinyurl.com/Fri01NovTemenggong

See also  3 Ways To Waste Not Your Want Nots