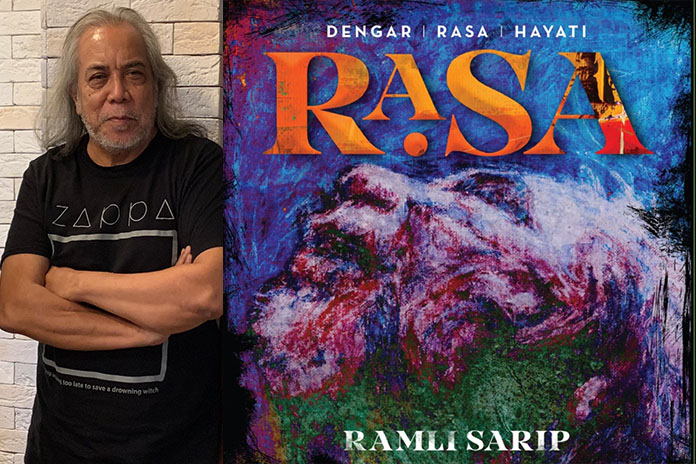 With one foot rooted in the world of rock music, Ramli Sarip has his other stepping into the Nusantara realm of Eastern mysticism, with melodies that resonate with those who are familiar with Malay and Arabic tunes.

Ramli is also straddling the acoustic and digital worlds. Having cut his teeth with hard-rocking pioneers of the local Malay rock scene, Sweet Charity in the former, today’s digital delights offer new methods to bring his music across.

And, as always, he straddles expectation and experimentation. Always willing to give new songwriters an opportunity to find their way through an increasingly challenging industry, Ramli samples widely from a variety of sources. Not all of them fit with his plan, so he offers these songs to other artists, carving out new avenues for expansion of the talent pool.

The pandemic has crippled many businesses and has left us wondering about when the new normal will begin.

Ramli, who was always on the move between Singapore and Malaysia for concerts and other musical activities, found himself stuck at home for a much longer time than expected or desired. While many would have moaned the opportunities lost, Ramli instead found the time to pull together and launch his latest album.

After a break of nearly 20 years from album recording, RASA offers a clutch of new songs. It’s a full album of works for his fans to sample, in an industry that is being dominated by short-lived singles.

A concept man throughout his career, RASA — which means feeling, taste or flavour, but is also a coming together of the first two letters of his name and surname — allows Ramli to build a showcase that reflects his influences at the time. It requires more work, of course, but it has greater longevity and is infused with richer tones and textures.

“What is the point of being in the industry if you are only producing singles,” he asks in the CD liner notes.

The album of 10 track traverses a softer side of Ramli’s mellowing personality.

The gravelly voice is still there, but seems to have been sandpapered a bit more over the decades of performing live. He is well aware of the issues that today’s society faces, understanding how his audience has changed and their needs and wants have altered with life’s fresh demands.

There’s a cool, relaxed vibe that runs through the album. Ramli reckons he’s calmer, though he still longs for the peace that existed before the pandemic struck. Forced to sit still, Ramli enters a reflective state that has resulted in songs that carry a strong sense of purpose.

Filial piety, knowledge, respecting the Earth and old-fashioned values pop up through the album, but they serve to engage and put the listener in a reflective mood as well.

RASA is an album of many levels, like most of his solo efforts have been. It will likely keep growing on the listener with each subsequent playing.

RASA is available at Wardah Books.