FOR A big car, the Range Rover Velar is tight for space.

This incongruity is perhaps apt given the model name refers to a veil. And in the case of Range Rover, it was the code name for 26 new models since the 1960s. That will have to be retired now.

The new sports utility vehicle from Range Rover offers a sleek exterior with well defined lines and welcoming door handles that protrude once the doors are unlocked.

That bit of magic aside, the presence of excess fills you as you open the doors. Though you wouldn’t realise it at first.

It is well veiled. 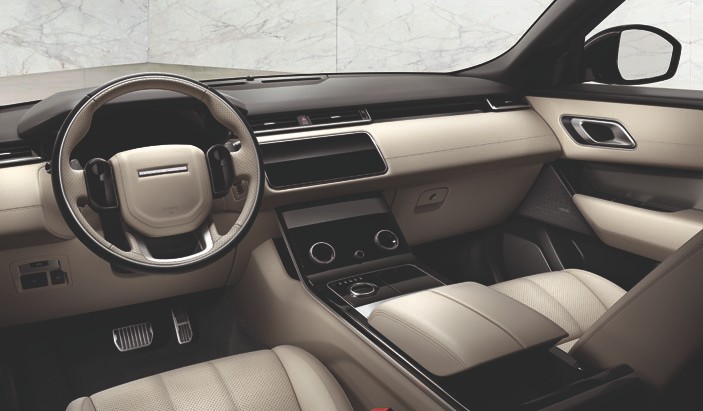 Power up the Velar and the veil lifts on the darkened consoles. Bright images and information fill the spaces with a near deluge of options. There’s an enforced handling precision that improves habits when it comes to touchscreens. A trailing finger is going to activate the wrong features, so you’ll learn to keep your fingers out of the way.

And not to mention dealing constantly with fingerprints….

Though that shouldn’t deter you from having a go at discovering the various features to be had. And there is much to be unearthed. 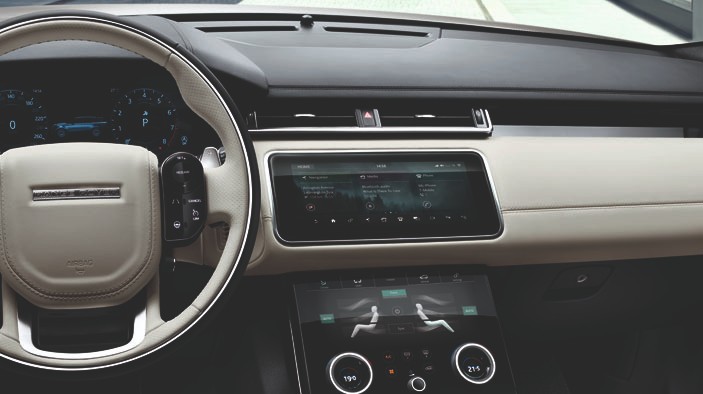 From choosing the ride you’d like, or the music you’d like to fill the cabin through the excellent Meridian surround sound system, to the height of the vehicle, or the climate in the cabin and whether you’d like seat cooling and massage, there is a host of options to get you engaged with the Velar.

Rest comfortably in one of the chunky, comfortable leather seats that take up a lot of space. Electric seats glide you into position and you can opt for seat cooling and massages.

Once you’ve settled down and found the ideal seat position and configured the information you require on the dials, it’s time to hit the road.

For a big car, the Velar doesn’t display it outwardly.

Part of the success in achieving its deceptive proportions lies with the tapering back that creates an attractive wedge. This also results in a big boot, due to the angle of the roof after the C pillar, making it difficult to stick seats back there. So, the mid-section of the car is a bit tight.

That sense of largeness is also not evident on the move. The three-litre V6 is never obtrusive, but always ready. Whether you’re ambling down steep inclines in hill descent mode or pushing through traffic, the Velar hardly breaks a sweat. 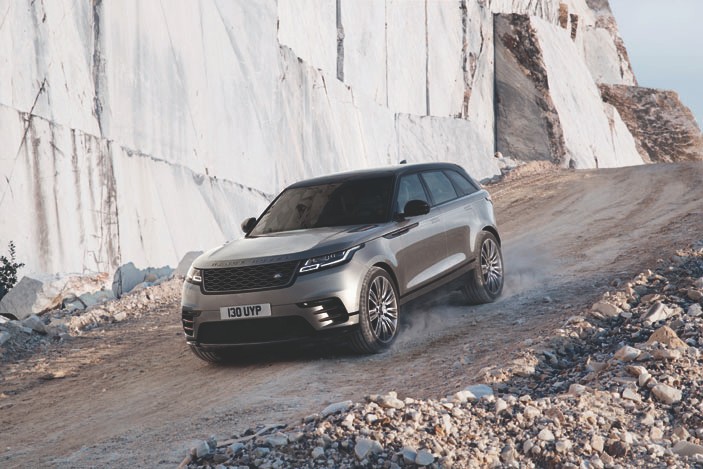 When gunned, especially in Dynamic mode,  the engine is responsive without being overly reactive. It’s fast enough to deliver the goods, hitting 100kmh in under six seconds, and surefooted along the way.

The head up display offers key information like the speed but also the gear, which is useful when blipping through the gears with the paddle shifts.

With the Velar, Range Rover has created a model that mixes looks with functionality and in a range of variants.

With a number of variants to choose from — there are four two-litre models, a couple of three-litre versions and a couple of diesel numbers on their way  — the Velar offers a wide scope of options within a price band of almost $100,000. The top-end First Edition is priced just over $400K.

In lifting the veil, Range Rover has come up with a winner, even if it is unlikely to ever display its full potential in the city state.

The 3 Luxury Drivers In Singapore