GOOGLE brings out its big gun in the second coming of its smartphone. 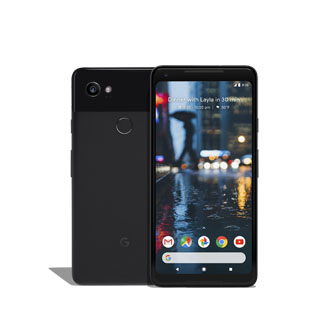 It’s timely perhaps to provide options to a market filled with phones. But one lot of smartphone users who might be eying a change may be those with iPhone, and quite annoyed that the latest iOS 11 upgrade has been nothing short of frustrating.

While timing is often everything, the misfortunes of one’s competitors can serve as a bonus.

But that’s not to take anything away from the Google Pixel 2 XL. It’s big, with a 6-inch screen that fills the whole front. Its slim profile is also a form that fits in big hands, although it isn’t the easiest to navigate.

To its credit, Google realises this and has provided helpful work arounds. Fingerprint access, is now via your index finger and that sensor is in the centre of the phone, but at the back, which makes sense.

To squeeze more out of it, there’s the Active Edge function — a squeezing action — that brings to life the Google Assistant, a little genie  you can command to take a selfie or ask directions to the nearest restaurant. Pretty much most things you might perform a Google search for an answer.

The big thing that most media have picked up on is the fact that the Pixel 2 XL now understands Singaporean English. That’s just a gimmick intended to pander to the local market, and is frankly inconsequential to the success of the phone. Does it make calls, and more importantly, how good are the pictures?!

Lobsters With Herb Butter — Whip It UP!

The Pixel 2 XL operates on the Android system and so comes with all its idiosyncrasies. For those who’ve lived with them, the fact that the Pixel 2 XL has the highest rated camera around and has motion stability and takes good shots in low light, and would raise the quality of your Instagram shots a few notches, would help sway the decision. A 12.2-megapixel rear camera with an improved f/1.8 aperture and optical image stabilisation allows for faster focusing and lets you take “portrait mode” images with a blurred background.

Added to this, Pixel owners can store their images in full size on Google Photos.

Google Lens, when fully functional, should be a good way to find out and store information on billboards and QR codes. You could point the camera at a landmark, and information about it will be called up.

iPhone users may eye the new prospect with keen interest but would also appreciate — to some extent — Apple’s obsession with keeping things clean on the app front and shutting out anything that doesn’t pass its high bar. And Siri does seem to be more responsive these days, something Google Assistant will have to catch up to. 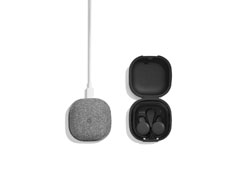 What’s also coming from Google that might be worth considering are the wireless ear buds, especially since the headphone jack has vanished from the Pixel 2 XL. Though they are tethered so you can hang them casually around your neck, these earphones are designed to handle music and calls.

It will be interesting to see how they stack up against the excellent B&O E8 wireless earphones or many of those cloud-funded variants.

As a relative newbie to this segment of the market, Google is benefitting from the missteps and adventures of brands that have preceded them. That means they’ll have a smoother run up to catch up and overtake the field in a competitive segment.

It’s hard to fathom why the smaller version of the Pixel 2 isn’t coming into the local market (SingTel is the only telco offering this phone, which may or may not explain this). Just because we are a small country, doesn’t mean we want everything to be big. There is a segment that favours the small form factor since they literally don’t have deep pockets and don’t carry handbags.

And speaking of deep pockets, the Pixel 2 XL is not cheap for a relatively unknown brand in this competitive set. But being Google it has plans to muscle in on the action and eventually take over our lives.

Fan Power And The Rise Of Super Bands