THE ROOSTER is a cocky fella, prone to ill-tempered bouts of fighting, mating 10 to 30 times a day (Yes…cocky they are!) and with the annoying habit of waking you up.

In this era of fluid time zones and working hours, is there a need for this rise-and-shine philosophy?

In any case, its year is coming up, a fiery dawn on the not-too-distant horizon for the Fire Rooster.

Time then to see how the rooster can crow in a time of uncertainty and general economic and social mayhem.

The challenge with the rooster will always be getting away from its earthy nature. If it’s not attacking you or pecking at a hen, it’s foraging for whatever morsel may be available on the ground.

In the Chinese zodiac, the rooster symbolizes good fortune. Fans of Tottenham Hotspur or the French national team may hope they’ll have something to crow about. Just remember these birds don’t exactly fly.

But they make for tasty meals. The Colonel had a twinkle in his eye when he spiced one up.

But it’s hard to project the rooster as a stately animal. And you do want to be mindful of this when aligning your brand to the creature.

Some brands have tried to do it, with varying degrees of success. 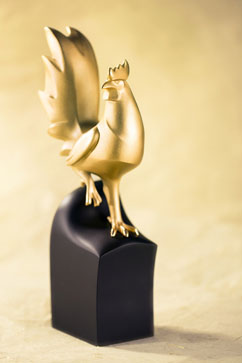 Namiki pens has tried to work in a gold version of the rooster on its pens. Given that its cylindrical and you don’t see the whole creature in its entirety, it does create a sense of mystery. The Namiki Chinkin Royal Rooster retails for $4,500.

Better then to opt for a representation of the rooster, as Royal Selangor has done with its range. The $400 Rooster figurine looks like a trophy, which would serve as a nice ornament on a bookshelf.

Johnnie Walker has popped up with a Blue Label dedicated to the rooster. Not sure why it would need to do this. The blue bottle has roosters on three fronts, presumably trying to emulate old Johnnie’s walk. Drink enough of the spirit from the $330 bottle and you’ll probably not remember much of what’s on the label. 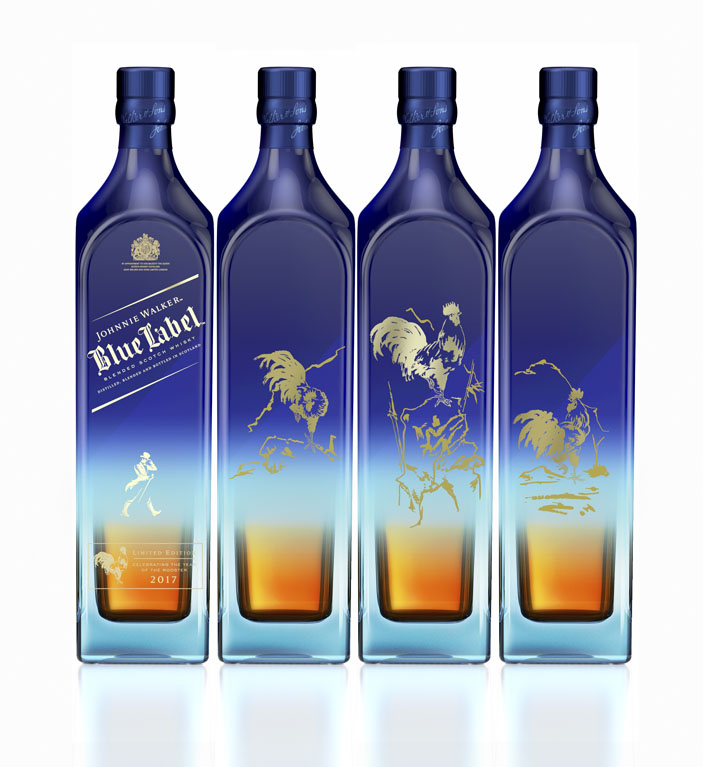 Now come the roosters that should have continued to roost. 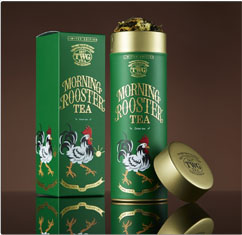 TWG has a Morning Rooster Tea with green packaging and a picture of a white rooster strutting along. The Morning Rooster Haute Couture Tea is a blend of black and green teas with other ingredients and retails at $40. Far from impressive, the packaging is quite a letdown for the usual class you have come to expect from this Singapore-based brand. Hopefully the tea makes up for the canister’s look. 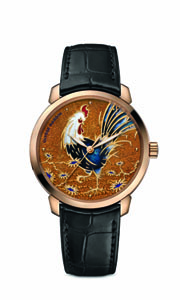 A bigger surprise is luxury watch brand Ulysse Nardin’s feeble attempt at celebrating the rooster. UN is known for crafting some outstanding timepieces, but its $67,100 rooster as part of the Classico Collection seems quite the misfit. This high-end watch brand should have opted for a more stylistic representation rather than earthy realism. But since it’s in limited numbers, it’s quite likely there would be a few folks out there who would find this novel enough to strap on their wrist.

Read more articles on what’s available in the STUFF section.

See also  What's In A Name?