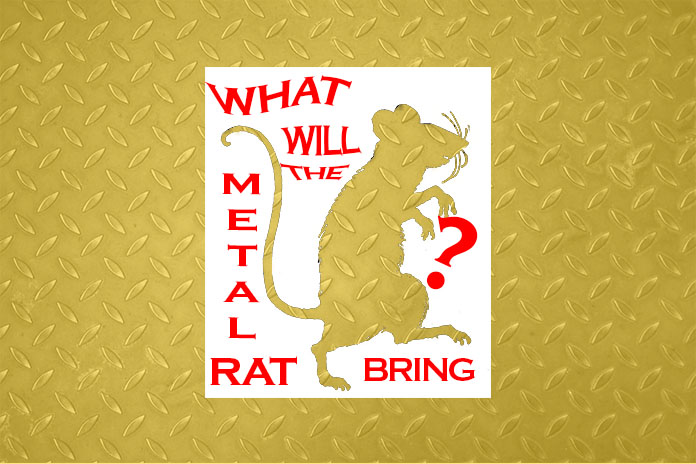 BOTH new years will be upon us soon.

The Metal Rat brings a combination of metal and water energy. A dampener to the Fire element that is associated with financial markets. With the trade stand off between the United States and China, and the general economic climate around the world, most observers and players are  pessimistic about what the financial market will offer in 2020.

The Metal element is in control for the first half of the year; indicating weakness within wood and fire-related industries. Metal related industries such as hardware, engineering, technologies, precious metals, and law enforcers are likely to benefit from the strengths of this element.

Return Of The Rat

The Rat, a Water element, dominates the second half of the year. Every 60th year, the same element repeats.

In 1960, it was also a Geng Zi year. According to History Central, by the 1960s, the post-war boom had flourished for over a decade and had begun to wane. Growth was slowing, inflation was rising, and the dollar was in poor shape.

From February to June, we will see Earth and Metal elements in place from the monthly elements before the Water energy sets in.

The Earth elements that trigger the slowdown in February and volatility in May 2020, are likely to give rise to new perspectives in the market.

Investors are advised to conduct their own research when making decisions based on market trends, to factor in the probabilities for investment opportunities. 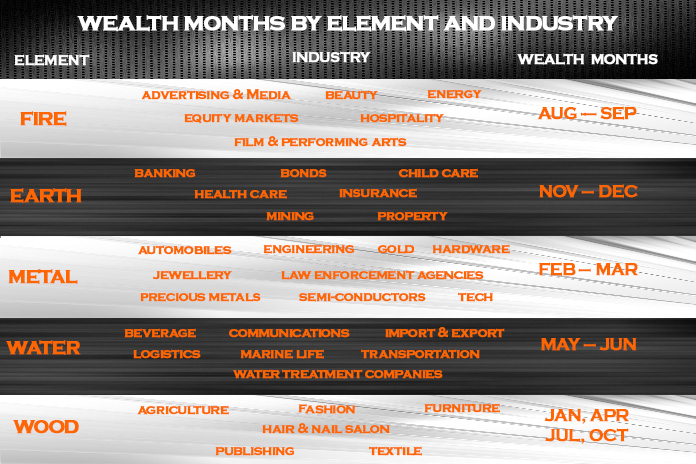 Wood, industries such as agriculture, educational institutions, fashion, textile, paper products and furniture are likely to suffer during the first six months of the year before gaining resources from the element during the second half of the year.

Earth industries such as property, mining, insurance, health care, sports and security firms are likely to see signs of a pick up from April and possible profits from June onwards.

Fire industries such as financial markets, media and advertising, beauty, energy, restaurants, films and performing arts are likely to be slow from February and turn volatile from June onwards. Potential strength can be seen from August onwards with the support of wood and fire energy.

Metal is likely to enjoy potential for growth. Industries such as gold, automobiles, engineering, hardware, law enforcement agencies, high technology, jewellery and the semiconductors sectors are likely to feel the intense competition and experience opportunities for outperformance. These industries are likely to see opportunities or strength from April onwards.

Water-related industries such as tourism, beverage, communication, transportation, logistics are likely to perform this year. Stronger momentum is anticipated to set in from April when Metal and Water energies becomes strong.

This year the Wealth Star lands in the North-West, West and North-East regions, bringing prosperity.

North-West countries such as Europe and UK will have the visit of the Wealth Star 8, an Earth element. If you have been investing in these territories, get ready to reap profits in 2020. Earth-related businesses are expected to thrive in these regions.

West (Canada, USA) will see Star 9, which is where the secondary Wealth star resides. Planting seeds this year for investment may reap profitability in time to come. West is a Metal element and interaction with the Star 9, which is a Fire element, can bring intense amount of pressure from the government or regulators. This could potentially weaken financial gains in this region in the short term. Any investments in these countries will result in slow return.

Star 1, which prevails in the North-East (Hong Kong, Taiwan)brings recognition to countries in this area. The Star 1 is a Water star and the North-East is an Earth element. We anticipate more opportunities for investment leveraging from cheap pricing with the current weak economy.

South (Australia, New Zealand, India) has Star 2, bringing delays to the economies of these countries. Star 2, is an Earth star, which benefits agriculture or wood related industries. Otherwise, the economy is likely experience a slowdown and overall weakness.

Sudden tribulations arising in the North (China, Russia) where Star 3 occupies may occur. There is a propensity for sudden growth and development at the same time. Those who view this zone as slow-paced, or stagnant, will likely to be taken by surprise at the sudden growth and performance.

The East (Japan, Korea) area where Star Yellow 5 resides poses a threat by increasing disasters and misfortunes. Profits or wealth opportunities are for those who dare to take risks in these locations.

Star 7 afflicts countries bearing Central or Middle in their names — Central America, Central China, Central Asia or the Middle East, etc. A threat in competition intensifies, resulting in a loss of wealth. It is unlikely that countries here will be blessed with a vibrant economy.

The South East (Southeast Asia) has a visiting Star 6 — the star of authority and leadership. Possible changes of new governments or rising of new leaders may develop. It is unlikely for us to see much wealth opportunities from these countries.

The South West (Latin America, Brazil) region has Star 4, which denotes success in networking, creative or literary pursuits. One can expect progress through alliances from this region.

In 2020 let’s hope our vision is also as clear regarding the path ahead.

Helen Ong looks beyond the obvious when it comes to understanding the forces that determine the direction we travel. Her practice embraces Feng Shui, Ba Zi and I-Ching, as well as BioGeometry.