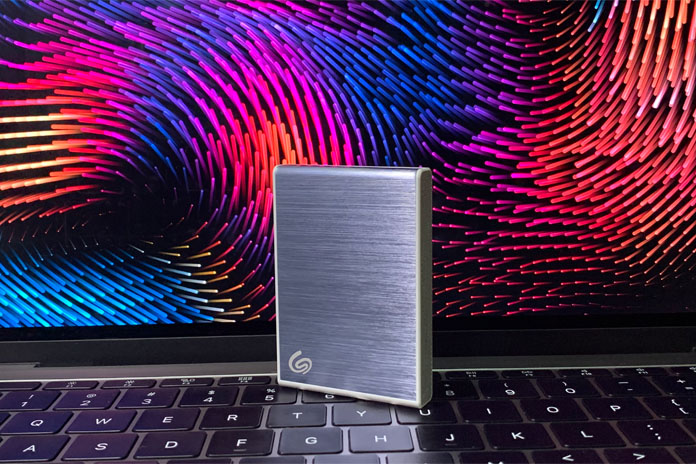 Depending on the circumstances, you can never have enough of it.

But when it comes to cramming data into a device, you want it as small as possible and as big as you can get; a conundrum that storage devices have been applying their resources to resolving, to varying effect.

Even as hard drives are shrinking in size, most serve a functional role. Plug in, download, upload, or backup stuff from the computer.

The pandemic has seen more people working at home and accessing the cloud to share documents. But as we go back to the office on occasion, we may not want to lug a laptop around. So, a convenient portable device would be handy. Something that won’t take up too much space with your bottle of hand sanitiser, wet wipes, trace together token, wallet, keys, office pass, etc. You get the drift. You’re becoming a pack mule.

The Seagate One Touch SSD is a sleek drive that offers between 500GB and 2TB of storage in a small form.

Its aluminium frame is complemented by fabric sides that add to the aesthetics of an otherwise functional accessory.

The previous version of the One Touch SSD had more fabric and less storage space. This latest version is sightly smaller but features a robust design and is slim enough to slip into your trouser pocket. It would have been handy if there was a pouch provided for the drive and cables, but there are many after-market options available. 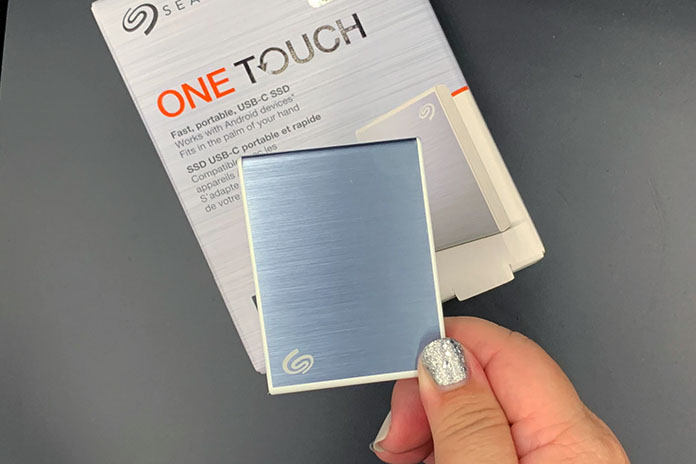 The Seagate One Touch works on Windows, Android and Mac without the need to reformat the device.

While the previous model of this small device chugged along at 400MB/s, this smaller but slightly heavier (740gm) drive whips through your needs; via the USB-C cable it lets you transfer at speeds of up to 1GB/s. That’s pretty fast and it allows you to work on heavy documents — designs, for instance — without any lag.

The One Touch comes with a few extra features. You can use the Android app to back up your photos and videos, handy when your Android phone is filling up.

It also comes with a 1-year Mylio Create plan to organise your photos, though why you would want another app to do something already native to your gear is beyond me.
For those who want to try out Adobe’s software, there is a free four-month membership to the Creative Cloud photography plan. If you are already a Creative Cloud user, don’t activate it. After 4 months you’ll be paying for your existing and new plans. This freebie is for new customers. So you do feel kind of shortchanged.

But, that said, the after sales service provided by Seagate has to be highly commended.

A few emails and the issue of extra billing for the Adobe plan was sorted out and refunded.

During the lockdown I was scavenging through my box of discarded hard drives. There were other brands that failed woefully and you couldn’t raise anyone to help with their repair or replacement. There were a few smaller capacity Seagate drives that were close to the end of their 3-year warranty. I called the service centre, and Laxmann, the customer service representative, helpfully walked me through the process of sorting out the warranty, and replaced the faulty units, which were delivered free of charge from Thailand, within a week or so.