The Peter Pan of the local music industry turns 60 this year and his constant search for new experiences takes him in a fresh direction. Dick Lee’s life story is filled with an unquenchable sense of self-belief that has mixed well with ambition and talent that will be captured in his film directorial debut, Wonder Boy. By Kannan Chandran

Like a bloodhound on a hot trail, Dick Lee perseveres. It’s hard to shake him off the scent and his amazing stamina has kept him on the trail for four decades, producing his own music, and creating for others.

One of the original Singapore stars to come out of the Baby Boomer generation, Dick has, through a combination of talent, drama, luck and determination, persevered in an industry that changes direction on a whim, and in a society that has eclipsed idols in the race for commercialism and its first world status.

Dick Lee has been The Mad Chinaman, the composer of the much-played and anthemic Home about being Singaporean, who has given life to musicals like Beauty World and exported Singapore to Japan and China through his prodigious compositions. 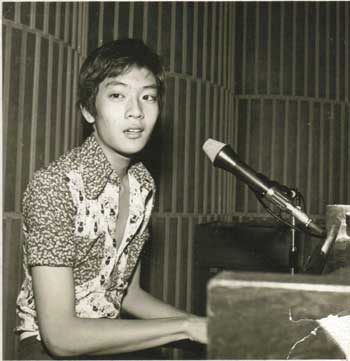 Like many aspiring musicians, Dick started out mimicking the West. From playing the bass lines of Deep Purple songs, he moved on to things Asian, and eventually Singaporean. Dick has astutely engineered his public persona to suit the times, going by the motto — Believe in your dreams and keep going.

It’s not been without its risks, but it’s also been accompanied by rewards — the Singapore Cultural Medallion, Hong Kong Film Academy Awards, the Fukuoka Arts and Culture Prize along with several awards for his music.
Dick Lee as a brand has the scope of experiences and talent to merit his own space in society. Pre-dating the Internet and instant communication, he had to do it the hard way, applying to his creativity, liberal lashings of chutzpah and a theatrical personality.

A bumpy start eventually led to forays into music, theatre, fashion and show production. And that varied exposure constantly fuelled his imagination and fired the artistic synapses to produce music that connected with his audience.

As he marks his 60th birthday, and celebrates a life of song, he now turns his attention to directing movies. His debut effort is Wonder Boy, which tells of his early journey, and it will mark the start of several Asian-based projects in partnership with MM2 Entertainment. It’s slated for release in August 2017.

Dick talks to STORM about a creative journey that has been punctuated with doses of ups and downs, and intends to continue unabated.

Here are excerpts from a STORM interview with Dick Lee. Read the full interview in V.28.

How important are folk songs to forming a cultural identity?
DICK LEE: In 1995, the government needed more songs. So they created the Sing Singapore campaign, and every year, MITA, the arts ministry, would introduce new songs. They wanted to build a Singapore songbook. Fried Rice Paradise was put in there.

In 1996, they invited composers to write new songs as part of a competition. The theme for 1997 was the Singapore River, and my best friend, Dr Sydney Tan asked me take part. One lonely night in Hong Kong, I wrote the song Home. It won the competition, and became the theme song for the 1998 National Day Parade. 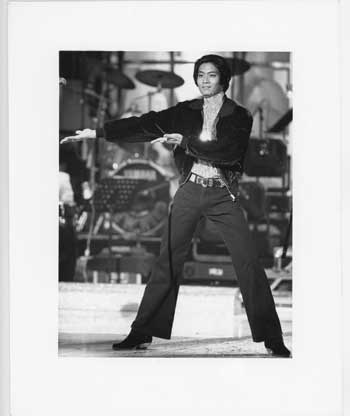 Home was not written as an NDP theme song. Maybe it appealed because it was not propaganda sounding.

Home was written 18 years ago, and maybe we have a folk song. If in another 20 years people are still singing it then it’s a folk song. Many generations can sing it.

I have monthly gigs where I perform three songs – Life Story, Fried Rice Paradise, and Home. The audience doesn’t want to hear new songs. These songs are part of our identity. And I’m linked inextricably to Singapore.

Singapore created me. Being Singaporean is our most unique thing. If you can have it in your music, that will set you apart.

Why are you looking to hand over the mantle of Singapore’s pop icon?
DICK: I’m doing my first movie. I’m carrying on in the arts. At the age of 60 I’m directing my first film, Wonder Boy. It’s a movie about my early life, from 1972-1974, about how I got started.

It’s a coming of age story. My role is played by Benjamin Kheng of The Sam Willows.