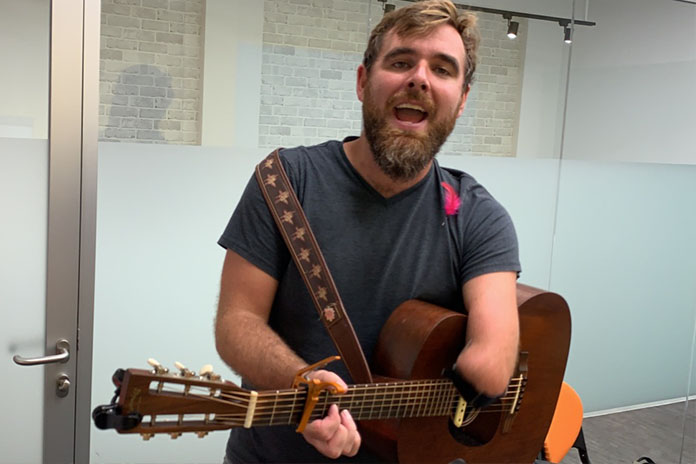 IT IS hard enough learning to play the guitar with both hands and 10 fingers.

Try it without your left forearm.

But that didn’t stop Tony Memmel. He knew he was meant to play the guitar even with one arm. The singer songwriter’s passion to play was fuelled by his friend, Max, who could pick out tunes on a guitar just by listening to a song.

That pushed Tony to front a ska rock band as its vocalist. But he hadn’t given up on his dream to play guitar, and he kept experimeting to figure out a solution for his missing left forearm. From scotch tape to 3D printing, he was going ape trying to fix a guitar pick to his left arm. Eventually, Gorilla tape came to his rescue, as he shows in this video.

And he could play a more than competent rhythm guitar.

Tony started writing songs about his life and his friends, weaving in a “can do” sense of positivity. The music graduate has also joined several organisations to take his messages and his music to the disadvantaged around the world.

His recent composition, I Am Never Never Never Going To Give Up is a good example of this drive.

Tony is in Singapore at the invitation of the US Embassy, and will be performing at Wala Wala in Holland Village on Friday evening. He is also working with children’s homes in Singapore, where his music delivers a strong message of hope and determination.

“What I do through my music is shine a light to be purposeful. Everyone is made with a purpose,” Tony encourages. 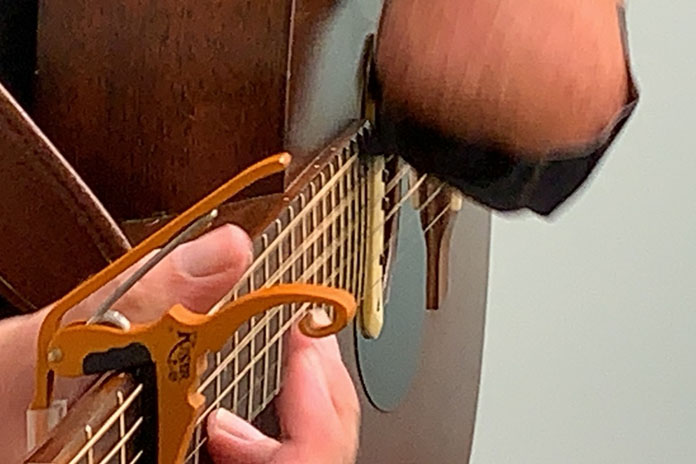 Some may argue that his physical disadvantage may evoke a sympathetic response.

Tony is unfazed by reactions of sympathy or empathy and offers a win-win scenario.

“Empathy is an opportunity to reproduce what we have done to make a difference and effect change. Sympathy is a start point for this.”

Tony believes very strongly in his sense of purpose.

“Rather than saying ‘I don’t do that’, I’m going to learn and try. When you do something, you have to give it your all.”

That said, Tony walks the talk. With his well-used Martin 000-15SM mahogany guitar, he spreads his feel good vibe.

See also  Empathy May Not Be Good — Keep It Going