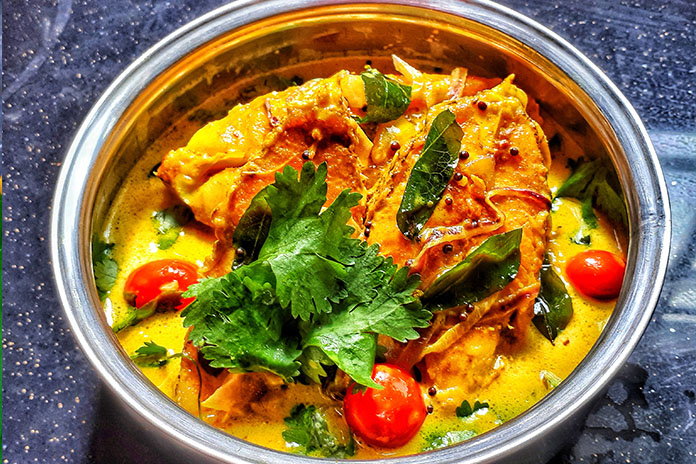 Dig into this delicately-spiced Indian fish curry redolent with fragrant masala using fresh fish and fresh coconut milk. Popular in the southern Indian state of Kerala, molee means stew. It is said to be influenced by Portuguese traders who left behind this recipe in exchange for Indian spices. Cooking is simplified to shallow panfrying and gentle stewing to yield a creamy, lip-smacking curry.

A: To Marinate Fish

B: To Cook Curry

1.Sprinkle fish with turmeric and salt. 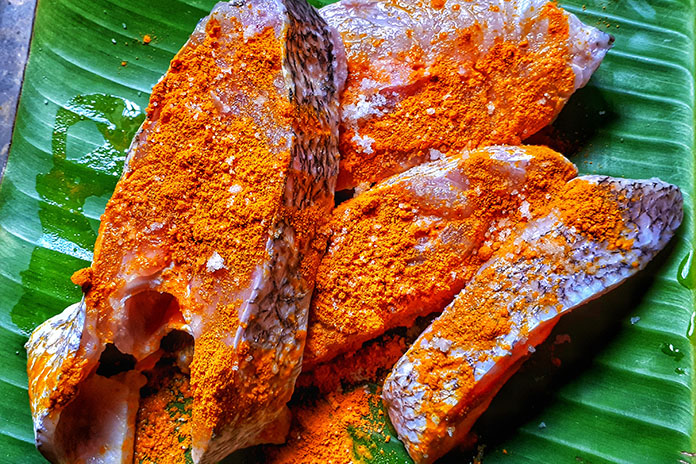 2. Rub fish cutlets with marinade until they are evenly coated. Let fish soak in marinade for 10 minutes. 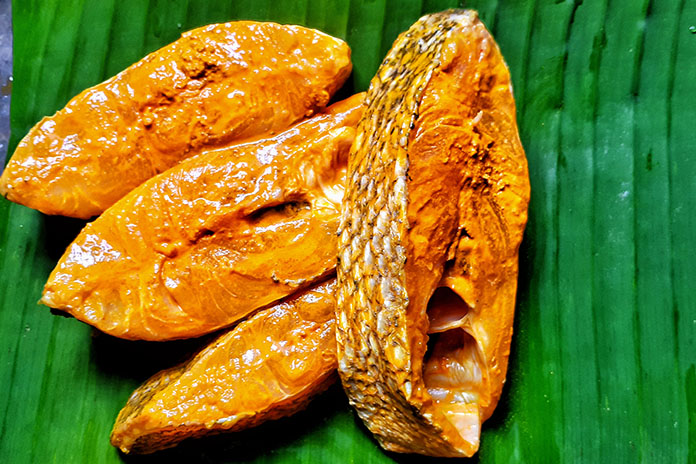 3. Heat up coconut oil in a saucepan over medium heat. Put fish in and let it fry 2 minutes on each side. Drain on paper towels. Set fish aside.

4. Next, add mustard seeds and let them pop. Toss in curry leaves and onion. Fry until leaves crisp up. Drain and set aside. 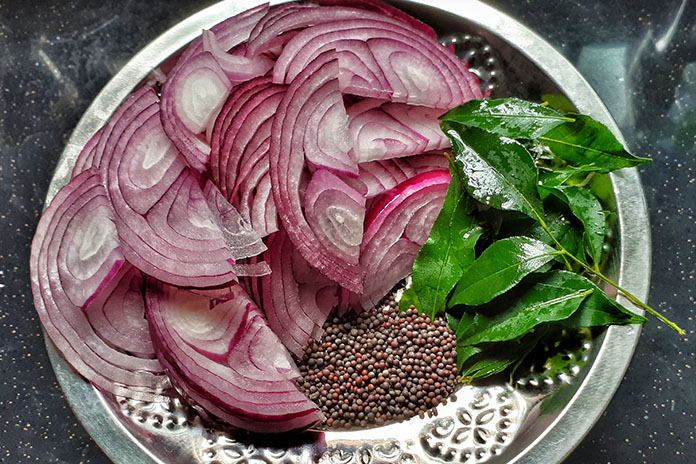 5. Add in ginger and garlic paste. Cook until aromatic, then pour in coconut milk, 2nd press. Add in ground turmeric and cumin. Simmer for 3 minutes. 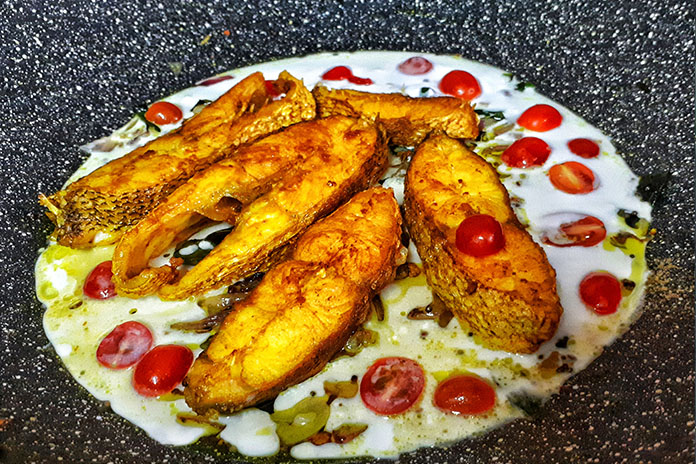 8. Pour in vinegar and half tablespoon of coconut oil. Garnish with cilantro. 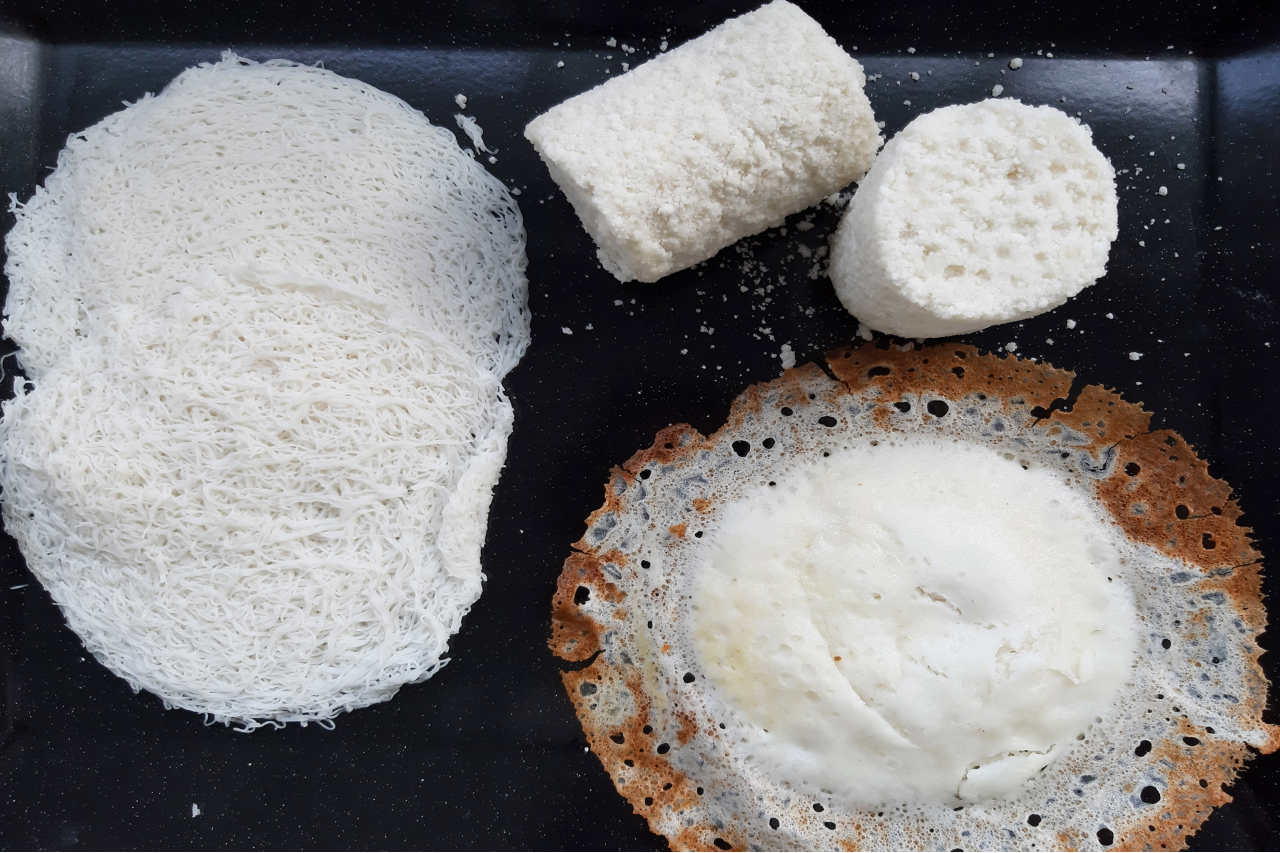 TIP:  A meaty, fatty fish like Malabar trevally or golden pomfret is ideal for this robust curry. Look for firm meat. Alternatively, use red snapper cutlets. To save time, buy bottled garlic paste and ginger paste at Indian grocery shops.

TECHINIQUE: Panfrying fish before cooking not only adds a brown crust but it also prevents the fish from breaking up while stewing in coconut gravy.

Click on storm.sg/food  for more recipes and reviews of restaurants.

See also  Shakshuka with Beef – Whip It UP!