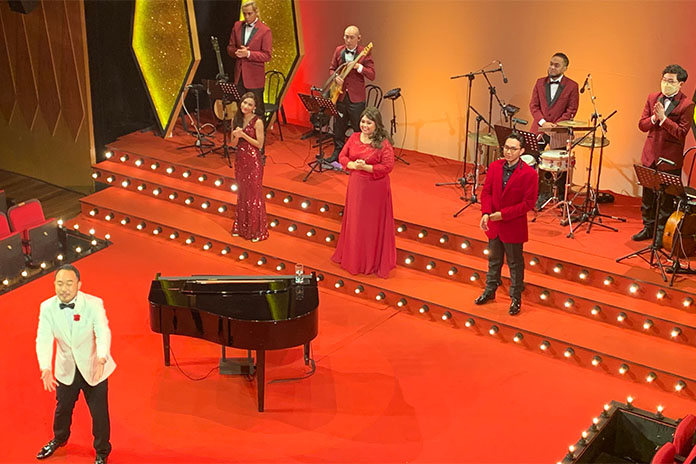 THE musical Don’t Call Him Mr. Mari Kita captures in songs and anecdotes the history behind many of the forgotten songs of the self-taught composer, Zubir Said.

Julian Wong’s historical perspective of the works of Zubir Said is an engaging and entertaining tribute to the composer of Singapore’s National Anthem, Majulah Singapura.

It’s a thought-provoking show with some of the composer’s noted songs, and is laced with barbs about forgotten heroes and flawed systems.

With the aid of his former students as singers and members of the backing quartet, Julian smoothly navigates the highlights of the late Zubir Said’s vast oeuvre estimated to exceed 1,500 songs, and some of the players who influenced and shaped the composer’s life journey.

It’s not just a tribute of songs for the 90 minutes. It’s part personal journey for Julian who talks about learning Malay, takes a dig at the education system for force-feeding Zubir Said’s songs without explanation, and bemoans society’s lack of respect for its traditions.

Don’t Call Him Mr. Mari Kita is directed by Ivan Heng and will be presented in July 2022 in the lead up to National Day.

See also  Songs For A Nation