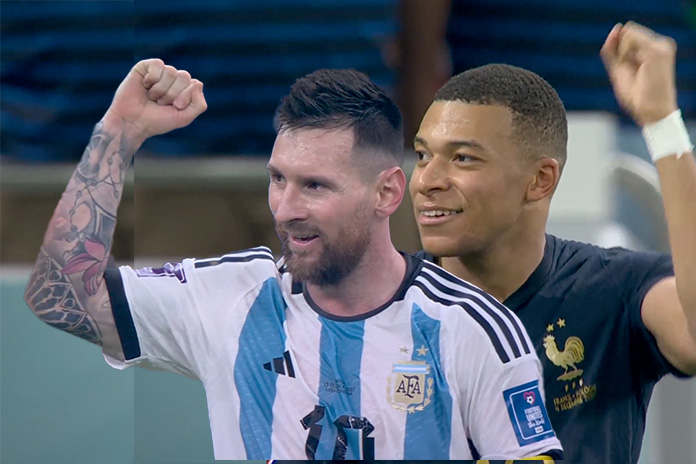 THE opportunity for a Final twist by a dark horse in the 2022 World Cup was snuffed out in the penultimate stage as France forced its way past Morocco.

The defending champions now take on Argentina in a final that was one of the predicted — and desired — outcomes. Almost expected, those with the benefit of hindsight, would be saying.

The fairy tale run ended at the wrong end of a 2-0 scoreline for Morocco, the first African team to make it to this stage of the competition. The big stage unsettled thw normally resolute defence as France made its intentions to retain the crown quite clear.

In the earlier semi-final, Luka Modric’s chance for a World Cup medal was thwarted by another ageing hopeful, Lionel Messi. Argentina swept past Croatia 3-0 in some style, setting up what could prove to be a wonderful or tense finale.

There was some unhappiness about the refereeing which angered Modric. And Morocco was also denied a penalty by the man in the middle.

Off the field, Morocco’s fans were promised extra seats and flights to Qatar, which, like  Morocco’s quest for a final spot, did not materialise.

For France’s Didier Deschamps, he could make history as the captain who raised the cup in 1998 and the first coach to win the tournament twice.

Winning successive tournaments hasn’t been achieved often. Only Italy (1934 and 1938) and Brazil (1958 and 1962) managed it, but those were very different times for the game.

In the modern game, the showpiece final on Sunday (11pm SGT) will — barring unexpected injuries — feature a contest between two sides rich in talent and capable of delivering sparkling football. Will the dry winter air of Qatar help deliver that, or will nerves and the sense of occasion on the global stage weave its way into the proceedings?

Will it be a 10/10 Final? Which number 10 — Mbappe or Messi — will get their hands on the trophy? Both are also in the running for the golden boot award.

Kylian Mbappe, the young Frenchman, already a superstar, has a bright road ahead. For Leo Messi, this could be his last chance to grab the big one that has so far eluded him.

Both have the world at their feet.

Also Read: What A Way To Lose The Crown