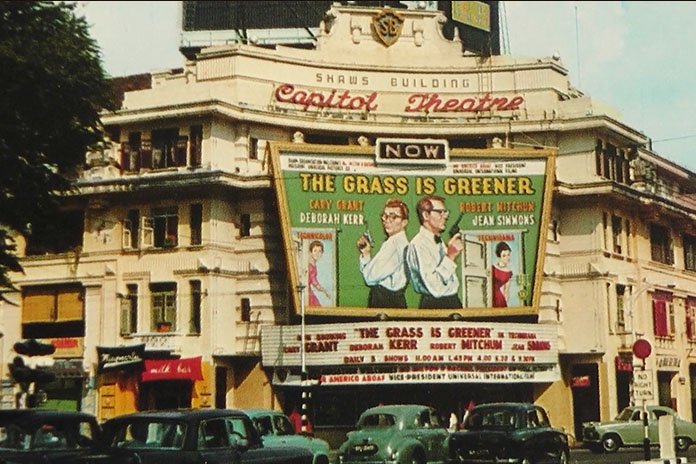 MY memories of The Capitol Theatre are afternoons spent on the steep slope of the circle seats watching a variety of Hollywood films that defined my youth.

Films offered the great escape, mainly from school, when a few classmates would make time to catch whatever was significant on the silver screen.

Often, it would be a quick lunch then a race to the theatre, sometimes with the leftovers from the meal in hand, which could also be taken into the auditorium. Unlike today’s controlled environment where only what’s served by the cinema is allowed to be consumed in the hall.

The “kachang putih” vendor selling a variety of nuts in hand-rolled paper cones was one of the pre-screening highlights. And if you were early enough or on a date, the Magnolia Snack Bar served up great shakes but then lowered the average with some pretty basic snacks. 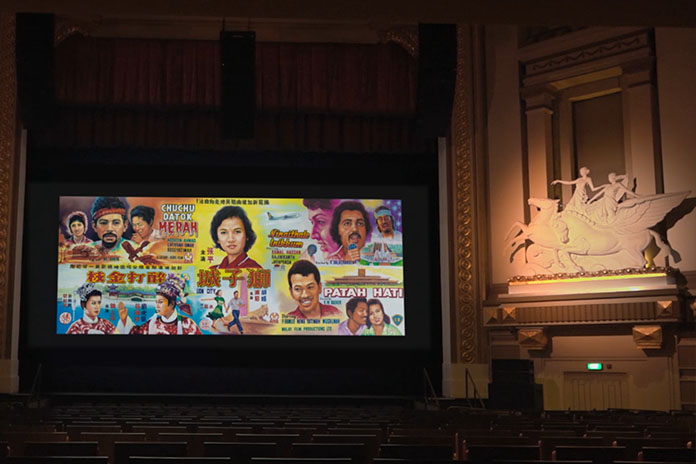 In the grand hall as the dim lights faded on the statues of Pegasus flanking the screen and the images of the Greek zodiac in the dome, life on the big screen offered a couple of hours of escape from reality.

On occasion, you would have bands performing onstage, and this would bring in a young crowd keen to hear the local icons of music live.

All that is now firmly entrenched in the memories of the Boomers.

The building has since traded hands and has been gentrified to fit into the landscape that shapes the junction of North Bridge Road and Stamford Road where the St Andrew’s Cathedral rises to face off the even taller Raffles City. And across the road, like a modern, but duller, take on the Capitol’s curves, squats the headquarters of the SMRT Corporation.

For those with fading memories who want a curated perspective of Singapore’s history and The Capitol’s role in it, Raphael Millet’s The Capitol of Singapore will have its Singapore premiere today, as part of the Singapore HeritageFest 2022, which runs until 29 May. 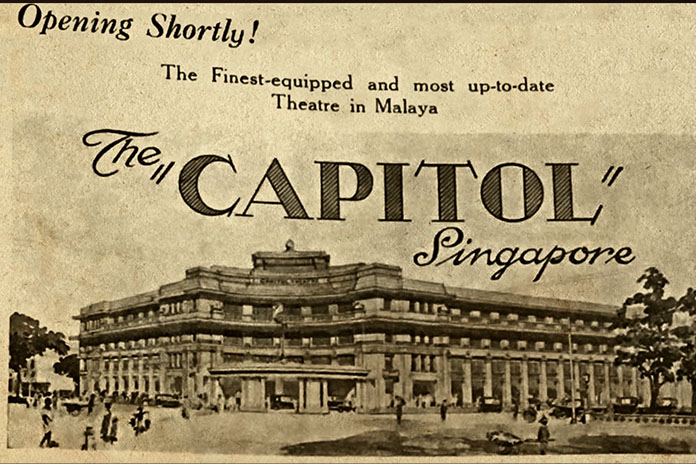 The 52-minute documentary flashes back to the Capitol’s founding in 1930s  by the Namazie family and its rise and fall — along with Singapore’s fortunes — to the Japanese who occupied the country during WWII.

The fate of the cinema and Singapore runs in parallel, to some extent, as both underwent changes over the decades.

The cinema changed hands, sold to the Shaw Organisation after WWII, and again, in 2010, to Perennial Holdings as a conservation building that was redeveloped into a mixed-use facility — function space and cinema, shopping mall, residences and the Kempinski Hotel.

Capitol Singapore aspired to satisfy the growing needs of Singapore’s burgeoning convention tourism business, which ground to a sudden halt with COVID-19, in 2020.

Such are the uncertainties in life.

The film, part of the “Mythical Cinemas” documentary series produced by Paris-based Kolam Productions, was ready in 2020 but is only now able to enjoy a public airing in Singapore. 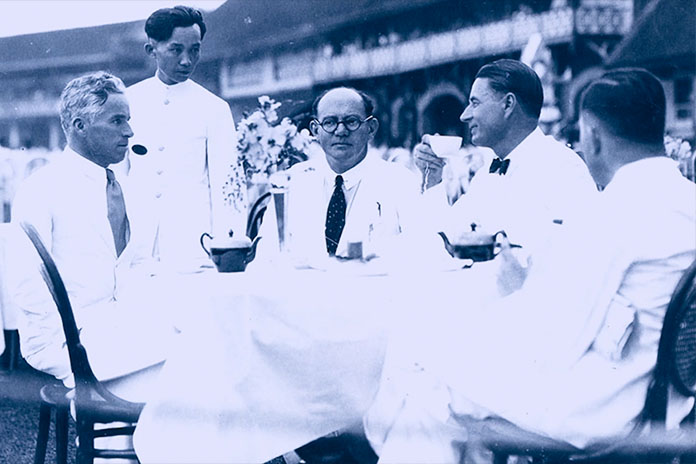 If you’re satisfied with a very straight narrative, the film delivers an almost unemotional recollection of the Capitol’s role in history. Old visuals, deadpan commentary and stiff interviewees are interspersed with footage of a nascent nation in the turmoil of change and growth, and some of the celebrities like Charlie Chaplin (above left), Ava Gardner and Douglas Fairbanks, who shone some Western glamour on the Capitol.

Singapore played an important role for a few years as a champion of Southeast Asian films. But that didn’t last too long.

But the renewed interest in the art of making films, with a modern breed of filmmakers, promises to bring some of that reel-life shine back to the industry. Pity then that none of this new thinking and fresh ideas were brought into the documentary to liven up the narrative and encourage a more contemporary-minded public to appreciate this aspect of Singapore’s heritage.

Perhaps in future, via the use of augmented reality and virtual reality technologies?

The Capitol of Singapore will be screened on 6 and 7 May at Capitol Theatre. Tickets at $8 can be booked at THIS LINK.

Images from The Capitol of Singapore.

See also  Will The Donald Trump The Odds?