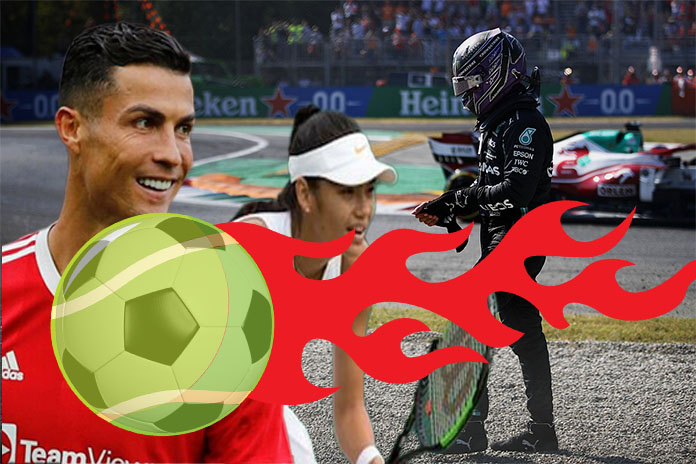 IT turned out to be an eventful weekend of sporting activity to take the mind away from the dreariness of an ongoing pandemic and the start of another week of virtual meetings and arm’s-length interaction.

The return of Cristiano Ronaldo to Manchester United lived up to the pre-event excitement surrounding the Portuguese captain’s high-profile career movements. The super-fit and dedicated — to the game and himself — sportsman returned to Old Trafford after successes at Real Madrid and Juventus.

Shrewd move by Manchester United, for even before the new No. 7 had kicked a ball, he had already made back his £13 million transfer fee. Commissions from the £187 million worth of CR replica No. 7 shirts sold in one week, earned back the transfer fee.

While merchandise sales are part of the commercial formula in modern sports, Ronaldo scored two goals in a dream return.

While others would have been hanging up their boots at the age of 36, Ronaldo is expected to have a few more years of speed and goals in him. And shirt sales.

Thrill Of The Race

Speed and strategy are keys to Formula 1 racing as well.

Managing your tyres, super-fast pit stops and daring overtaking manoeuvres have lit up one of the more exciting Formula 1 seasons. The rivalry between Red Bull’s Max Verstappen and reigning champion Lewis Hamilton of Mercedes has seen the F1 lead changing hands in pulsating races.

But the rivalry came to a head, literally, when, after a pit stop at the Italian grand prix, Hamilton was rejoining the race only to have Verstappen, in trying to overtake him, wind up on top of the Mercedes.

“I don’t think I’ve ever been hit on the head by a car before — and it is quite a big shock for me,” Hamilton said, when recounting the incident.

Both drivers were out of the race, and if it hadn’t been for the protective halo — a curved reinforced bar in front of the driver’s head — Hamilton could have been badly injured. Hamilton had initially described the halo as the “worst-looking modification” when it was first introduced. But he’s probably viewing it very differently now.

Expect the rivalry to continue as Verstappen is adamant he’s in the right although the stewards have docked him grid places as a result of the incident.

Serving up some unexpected returns, the US Open came to a conclusion in some style.

Novak Djokovic was aiming for a calendar Grand Slam but Russian Daniil Medvedev upset his plans by winning his first Grand Slam final 6-4, 6-4, 6-4.

The 34-year-old Serb was hoping to win the US Open and pull clear of old rivals Roger Federer and Rafael Nadal, all still on 20 Grand Slam men’s singles titles.

Coolness and composure this weekend was best exhibited by 18-year-old Emma Raducanu, the first qualifier to win a major title.

Her maiden Grand Slam victory at the US Open final was achieved with aplomb. She didn’t drop a set the entire way, seeing off fellow teen Leylah Fernandez 6-4, 6-3.

Two weeks after collecting her A-Level results (she received an A* and A in maths and economics), Raducanu was walking off with prize money of USD2.5 million. With her exotic Romanian-Chinese looks, her coolness and mental strength, just watch the endorsements roll in.

On a weekend of heroics, old and young heroes have served up some entertaining excitement.

See also  A Race To The Unexpexcted End