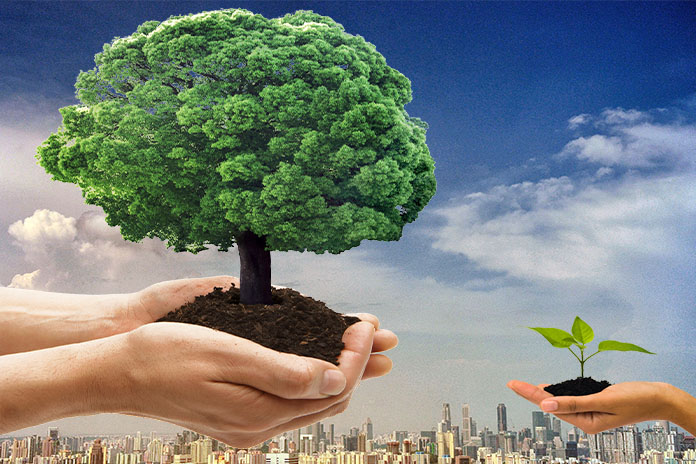 THERE has been a lot of discussion about privilege of late.

It’s an ongoing concept that will never settle since almost everyone is trying to get a leg up in life and will be happy to be in a privileged position to receive some positive benefits from diligence, a connection, or by virtue of who they are.

A position of privilege arises from merit or connections.

Those who excel in their areas of expertise and translate that into capability, and, more importantly, business bucks, will see their stock in an organisation rise. They are counted upon to deliver the goods for the business. To continuously come up with a winning hand.

And the more often you deliver a flush, the more you will be coveted, within and outside the organization. And, of course, the more will be expected of you.

Those with connections often skip some steps.

There may be basic areas that need to be documented. A degree perhaps — though some Indian nationals avoided that step thanks to fake credentials — and certain skill sets.

But being born into the “right” family or having the chairman as your “uncle” could ease the path upwards. No need to take the stairs, there’s an escalator for you.

Or an express lift for the super connected.

But the skirmish at ground level for privilege is commonplace, and often the appropriate university or having worked in the right companies could help open doors as you make the climb up the ranks. It’s important to choose your route with care, if you are able to.

Some doors are impossible to open if you’re the wrong gender or race in certain countries. Some positions are out of reach if your pigmentation is not appropriate or your religion is different and your gender is deemed unworthy.

While racial segregation, apartheid and supremacist thinking have been frequently pushed back, that thinking hasn’t entirely been eradicated.

Just listen to the boos from Turkey when footballers took the knee against racism.

To offer an advantage to a dominant group of people, out of fear that another race that may be equally or better equipped to do the job, doesn’t sound right. But it’s commonplace.

Every family has its favourites, so why not every nation?

So, bend the rules to accommodate those who don’t make the grade. That’s privilege.

Glass ceilings and prejudices may have been shattered in many parts of the world, but they still exist, and collective work still needs to be undertaken to correct the imbalances. But don’t expect too much change since there are obvious benefits to the status quo for many regimes that use fear and ignorance to their advantage.

Organizations with a conscience have been going out of their way to adopt fair trade and hiring practices. Of course, to not do so could result in negative publicity, loss of business and a fall from favour in important markets.

With the Millennials and Zoomers coming in with strong opinions and wielding their spending potential, it’s hard for businesses not to take into consideration these groups’ prejudices and preferences. They are the future of business and consumption, after all.

Sustainability, fair play and the environment are factors to consider when deciding business plans and strategies.

With all the talk about the rise of technology in our lives — from the Internet of Things to autonomous vehicles — those who enjoy the privilege of access to cutting-edge technology will stride forward. Those slower on the uptake may have to watch enviously and wait their turn. Or have a “benefactor” let them into the game, with conditions, of course.

Inheriting previous generation tech may sound like an acceptable way of getting into the game, but you could end up playing second fiddle for a long time. Or you could start getting clever and make headway only to incur the envy and ire of whoever’s ahead of you. Consider the 5G fight between the USA and China.

While the education process is a rat race for securing the basics to get a first steady step in the world, ultimately, who you know rather than what you know will likely be more important.

If your well-connected parents are doing the honours of announcing your arrival, you’re in luck. Of course, you’ll still have to prove yourself, but you’re many steps ahead of the person who has to fight through the undergrowth in search of the right path.

For all the other privileges mentioned, this is the one that affects everyone greatly, but is effected by a self-proclaimed elite few; the manipulators of the system who take full advantage of their control of the levers to effect change. In the name of the greater good, or for the benefit of society, and without necessarily asking for public opinion, this privilege is applied.

It’s a situation that has very little wriggle room for the man on the street. Though there’s plenty of space to complain. If the self-ordained powers that be have determined that it shall be so, then, it becomes so. The people may suffer and endure and it may not be the best decision by the lawmakers but they have the privilege to shrug their shoulders and take another run at the policy or change tack altogether.

Depending on the volume of voice society is entitled to, there may be abject silence as the rules are just obeyed, or there could be lots of resistance.

When putsch comes to shove, there could be blood on the streets.

Political privilege is in the hands of a small group who believes they know what’s best, and the occasional poll aside, does everything in its power to hold on to that privilege.