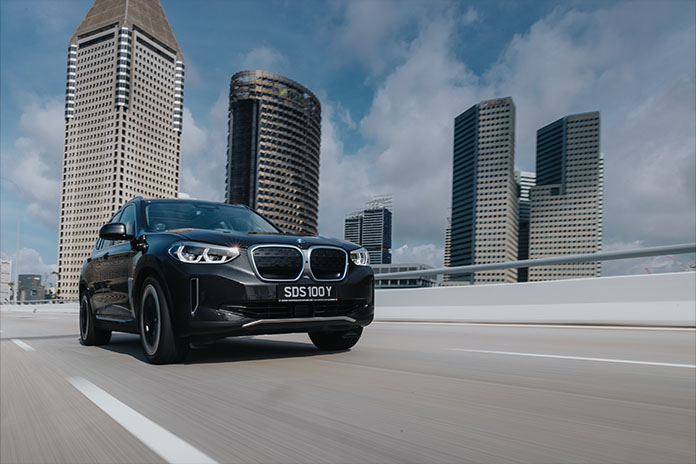 The popularity of the electric vehicle will often be led by the support it gets from the mass-market segment.

For many years, that’s been dominated by the SUV, and most brands have quickly switched their focus to this category of vehicle.

The recent focus on EVs in Singapore, accompanied by serious discussions about infrastructure development, has seen a bit of a surge in sales. Up to September this year, EV sales have grown 10 times, compared to 2020, accounting for 0.3% of the vehicle population. 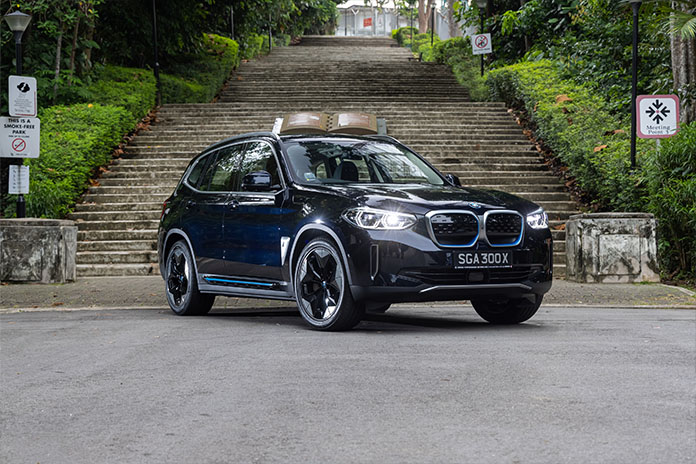 But, one of the concerns is the price point of luxury EVs. Many breach the $300K mark, but come with longer warranty periods, though there are far fewer moving parts to maintain in an EV versus a car with an internal combustion engine (ICE).

BMW was one of the early entrants in the EV game, with the i3 and i8, contrasting examples of how an EV could be represented. With the iX3, the German brand is aggressively pushing into the SUV segment, with this model priced around *S$265,000.

The X3 range is the first BMW to be offered in four different drivetrains for now — diesel, petrol, plug-in hybrid EV and battery EV (reviewed here). 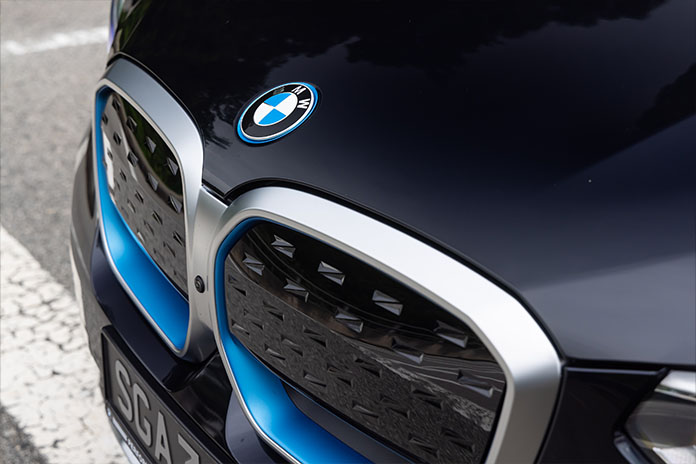 The electric motor delivers 210kW of power to the rear wheels, and torque of 400Nm which allows for a 0-100kmh run in a creditable 6.8 seconds. Like most EVs, the top speed is kept under 200kmh, and what’s more important is it offers a drive range of around 450km.

If you drive an average of 50km a day, you’ll probably only need to charge it up once a week.

Charging will depend on the type of charger; ranging from 20 hours on a 3.7kW single phase charger to 1.5 hours with a 50kW DC charger. 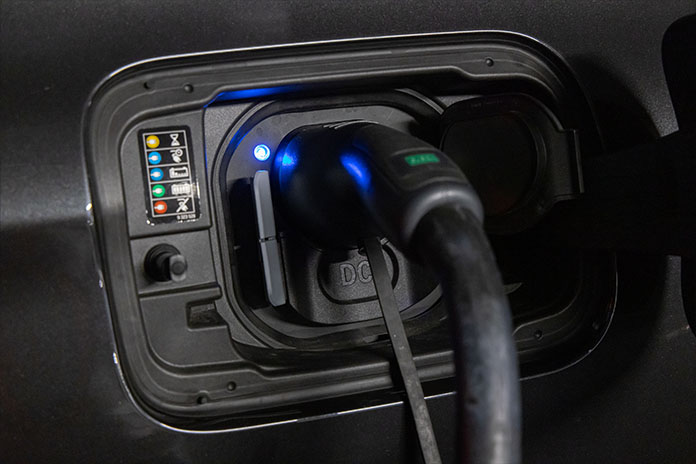 You can monitor the amount of charge left in your batteries via the BMW app, which also lets you operate some functions remotely, like ventilation and locating your vehicle.

Like most of the current BMW range of vehicles, the iX3 is well connected for the benefit of the device-dependent.

The iX3 sits on 20-inch purpose-designed aerodynamic wheels that may be efficient, but not necessarily attractive. The grille has fewer openings since there isn’t an engine to cool and the rear where the tail pipes would have been, is now covered in blue. The iX3 tries to hold the family look, which requires some nipping and tucking to pull off. 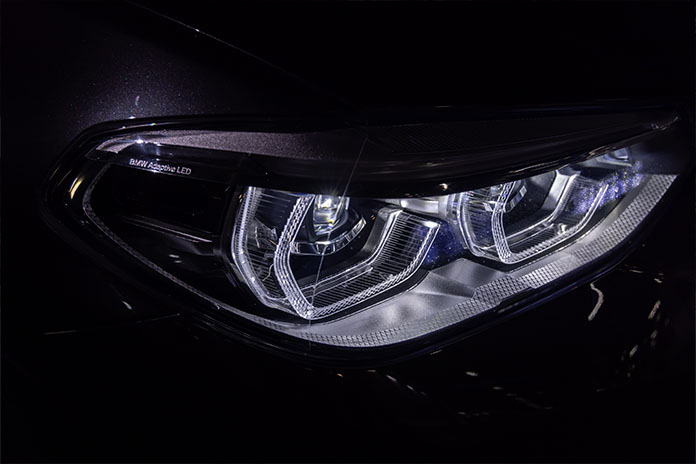 Set slightly lower than its ICE equivalent, it’s easier to slip into the cabin. Once inside, the cabin of the iX3 is similar to the petrol version, except the information provided leans towards the electric. The blue Start button and a similar hue for the trim and highlights set it apart, while other features that are not linked to the electric drive would be familiar to BMW owners. 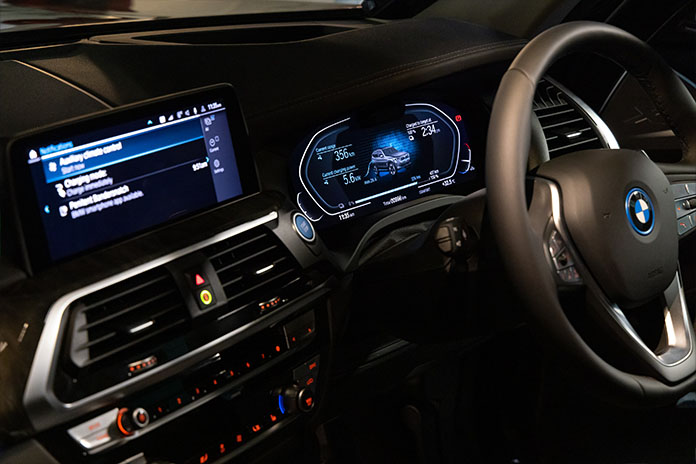 And the deafening silence when hitting the start button is a significant difference. But as you accelerate, you get a sci-fi sound effect that accompanies you as long as you’re working the accelerator. Created by Oscar-winning film composer Hans Zimmer (No Time To Die, Gladiator, Inception, The Dark Knight, The Lion King, Top Gun: Maverick, Blade Runner: 2049, Dune, among others) it does add character to the drive. 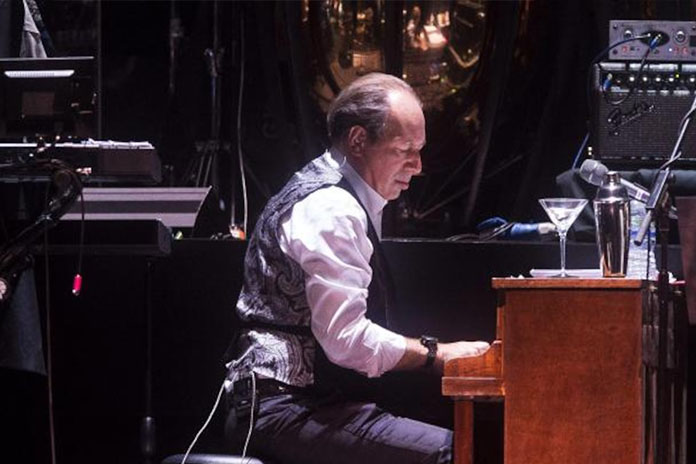 ALSO READ: The Door Is Open

In many respects, the iX3 strives to drive like a petrol car (sans engine sounds). In D mode it coasts to a stop, if you’d like it to, and has that wonderfully responsive acceleration to take you past slower vehicles, especially on the highway. In B mode, you have immediate recuperation as soon as you lift your foot off the accelerator. It’s the more efficient mode and it allows for one-pedal driving. 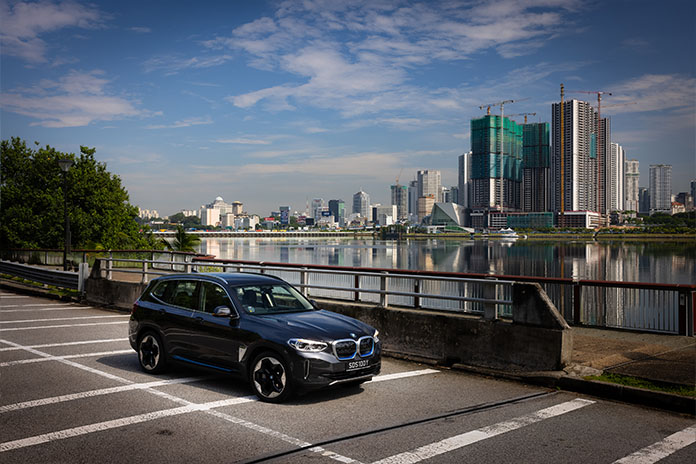 Like most SUVs it has that slight rocking and rolling that can be disconcerting for those prone to motion sickness. But for a small SUV, it’s quite pronounced and could be something that requires more attention to rectify. Meanwhile, you may want to add barf bags in the side and seat pockets, like they used to do in planes. 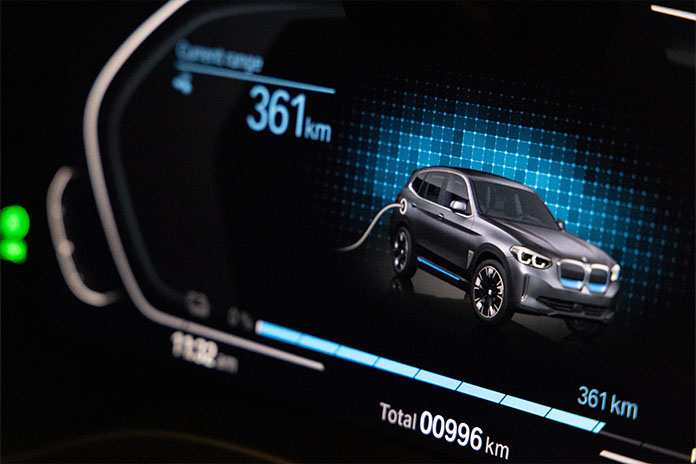