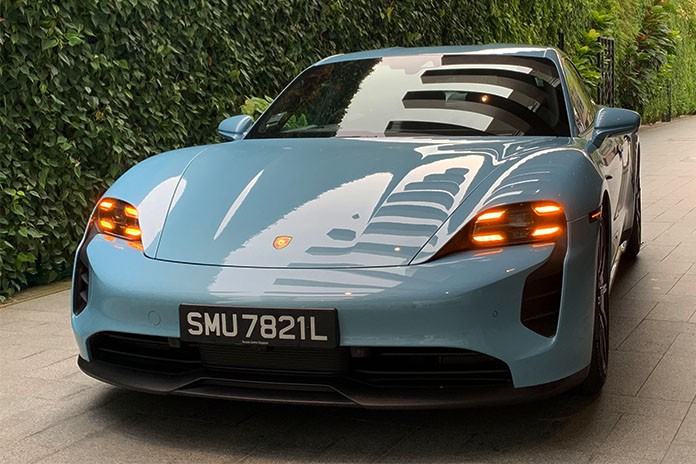 THE question is…is it still a Porsche if it’s electric?

The Taycan offers a fresh option that is electric as it is electrifying.

The four-door Porsche Taycan 4S in Frozenblue Metallic tested here is all gentle and baby soft in its colour, with 4 accommodating doors to boot. Well, 2 boots…you could pop a plump baby in the front storage space — not that you should — and there’s a decent boot at the back, which you can access with a gentle kicking motion. That’s the benefit of the electric wheels, you’ve got more space to carry stuff, especially if you get a chance to head off on a driving holiday.

With a range of 386-414km on a full charge the Taycan could whisk you away to somewhere nice, especially if you plan your charging stops smartly. And whisk away it does, a silent blue bullet purposeful in its endeavour, just the sound of wheels on road to announce its   presence. 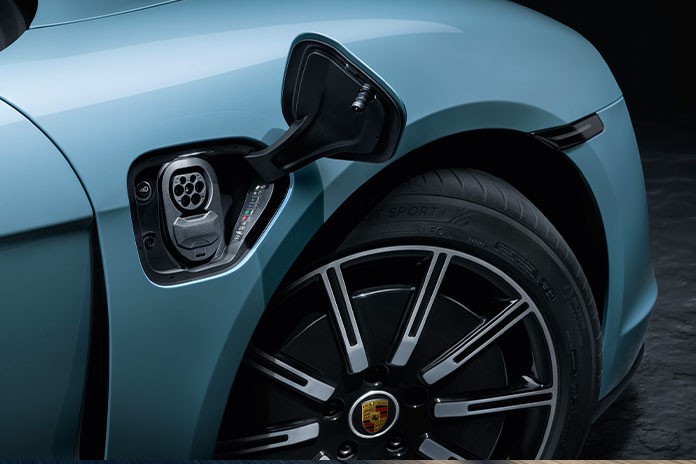 Equipped with AC and DC ports, the Taycan can be easily “fuelled” and ready to make a run. Sweep your hand under the sensor on either side of the car and the charging cover pops open. All very nice and futuristic, a tone which carries through to the interior of the five-seater.

Get into the car and it’s all systems go, albeit silently. As you sink into the sports seat you take in the necessary information via the sweeping, curved 16.8″ display that you can customise in a variety of ways.

There are buttons in abundance, some physical others on a screen, but all designed to ease you gently into a virtual world. But there’s still a clock on the dash, and you do wish there was a simpler way to access some features than trying to test your hand-eye coordination  while on the move. 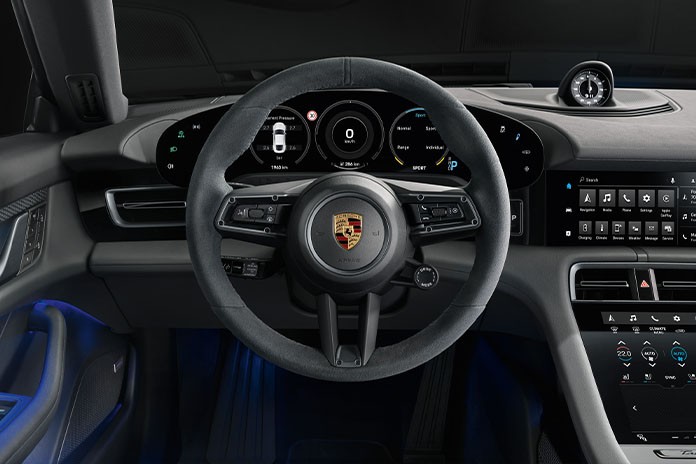 To be fair, most of the vital functions are accessible via the steering wheel. So, you grip the alcantara lined steering wheel — it’s like grabbing an old towel, which isn’t the best feeling, unless you have sweaty palms from all that nervous anticipation of speed — push the shifter mounted on the dash to D, and you’re off!

0-100kmh in 4 seconds is speedy stuff, which also means you could easily be exceeding that without realising it. So quiet is this machine that moves like a Porsche in an almost silent film. 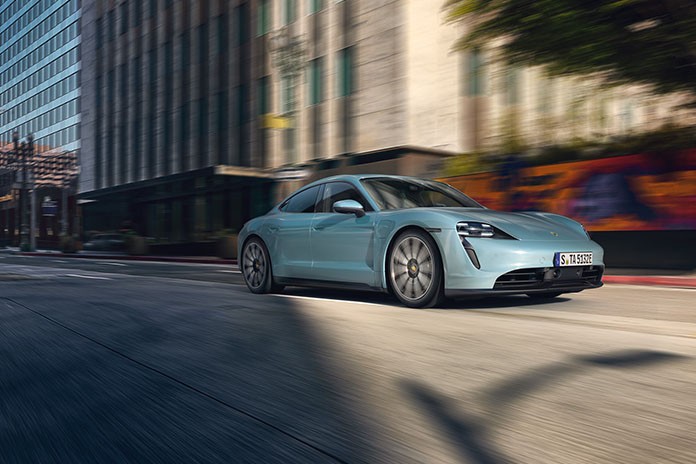 There’s a spoiler to help you dance with the turbulence that builds up as you pick up pace, but it’s no longer a manual option, instead rising in stages from 90kmh upwards. Which means you wouldn’t be seeing it much on our roads. But there’s a switch to raise it slightly when the Taycan is being cleaned. 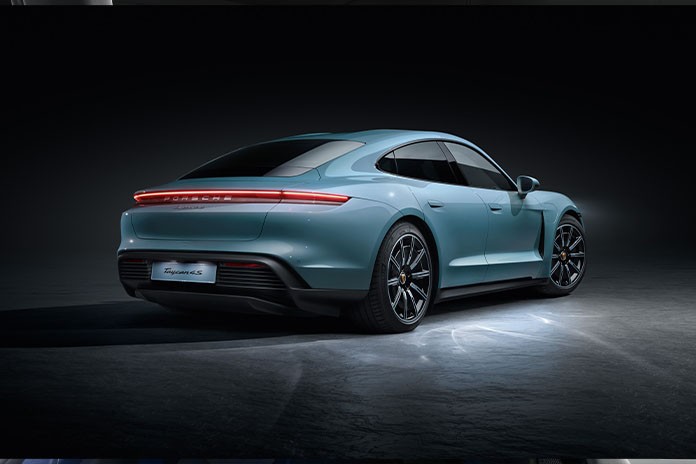 There are driving options to help you generate some sort of engine sounds instead of sitting with just the whine of the battery.

The electric sport option with the simulated engine noise generates a sound that leaves me thinking I’m in a spaceship in a Star Wars movie. I’m undecided as to whether I like it, half wondering — and wishing — that Chewbacca would appear and howl like a 911 GT3 RS. As someone who appreciates sci-fi it’s nice to be in such an environment, but in terms of context, I’d opt for the sound of a good flat six working effortlessly and singing along.

ALSO WATCH: WED WEB CHAT — Are You Ready To Work For Yourself?

What I’m hearing is perhaps leaning too far into the realm of wishful thinking that an artificially generated sound will replace the real stuff. But, capitalising on the relative quiet, and the accompanying small squeaks from the cabin, the $5.5K BOSE system does an admirable job of filling the emptiness with its rich, voluminous sound. So, let Bruce Springsteen rip with his latest album, Letter To You, as you race along to the distance.

From it’s base price of $485,988* the Taycan 4S tested here is fitted with options to swell the sticker price to $648,996. That’s a lot of refinery squeezed into this shapely body, mostly for comfort and creature necessities for the connected world.

But for this much money, it’s amazing that there isn’t wireless charging for your phone, nor is there a head up display. The latter would be useful when taking the Taycan 4S for a pushing run. It’s an effortless sprinter, as it hugs through curves and opens up happily along straights. Pump the brakes and it swiftly brings the 20″ wheels to a quick halt.

There are many things to like about the Taycan as it tries to find its position in a world in transition. And since the future is electric, for now, the Taycan has found relevance in a time of flux. 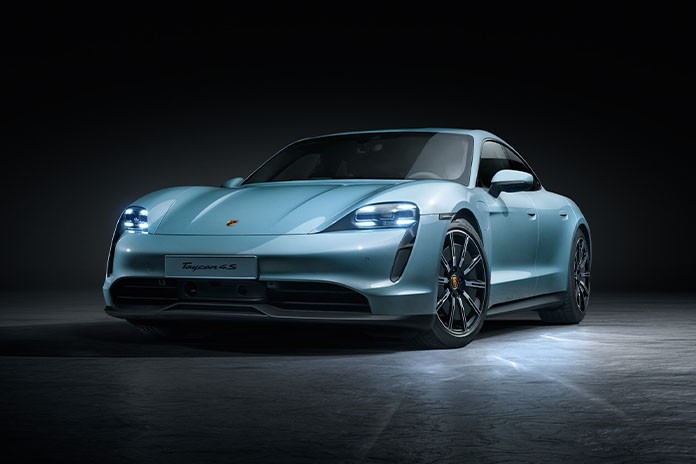