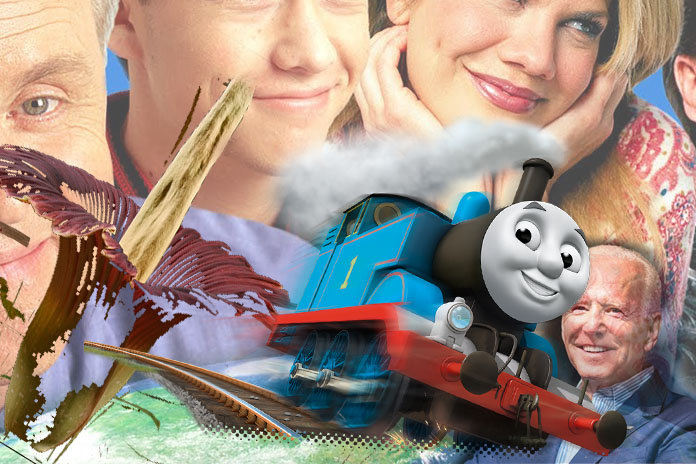 When you grow up, the adult world will tell you that Spiderman isn’t real and that superheroes only exist in movies. Grown ups will also tell you that Harry Potter lives in a make believe story book.

Entertain them just to be on the safe side but never ever stop believing in yourself.

‘Cos the future belongs to you.

You are Generation Alpha and you’re very important just as powerful as President Joe Biden.

Why? Because children don’t lie and you are our only hope so that Daddy and Mommy no longer have to live in a boring world.

Do you want to meet the real Thomas the Train?

Nah, the Orient Express can’t talk like Thomas who also plays with you!

So never let reality rob your self-belief and sense of wonder, you show them that the fantastical is possible even when the adults might’ve lost their sparkle as they are pulled into the busy-ness of mundane chores.

Auntie Lina will tell you a story ‘cos I’m child-like just like you.

This is what I think…even when nobody listens.

ALSO WATCH: Changing With The Times

(After drinking household chemicals), Solomon of 3rd Rock From The Sun says: Um, I’ve lost all feeling on the left side of my body. [Looks at upside-down can] Could somebody please call “116”?

Some adults made a TV show about dysfunctional extraterrestrials. Ah. I suspect there are more of them amongst us and they are trying to reach out to us humans.

Enter the Amorphophallus titanum also known as the “corpse flower”, a most unique, smelly flower that takes approximately 5 to 10 years to bloom once. It’s a freak show alright, sparking immense public interest with people even watching livestreams of it blooming and stinking up national gardens.

This flower is humongous standing at up to 2.5m and with a width of 1.5m. Its phallus shaped flower is repugnantly described as smelling like rotting meat and smelly feet.

Native to the Sumatran rainforests, a rare phenom occurred this decade. London’s Kew Gardens saw 11 corpse flowers bloom between 2005-2009 and another in April four years ago.

Nobody knows fo sure. I suspect mischief.

It could be 3rd Rock Solomon’s platoon at work cos they are coming in peace to offer a glimpse of Saturn and its likes for this is a piece of alien flora that prolly was planted by our intergalactic relatives in the 1800s.

’Tis not the Apocalypse, it’s proving that NASA succeeded at making friends with these creatures that are nothing as portrayed in Sigourney Weaver’s sinister movie.

Aliens are cute, right kids? Maybe this is how they communicate, via their national flower and sayin’ “Sup, wanna come over for a pint?”

I shall wait for their next step and be the first to Neptune; my way to a stupendous Space Odyssey.

That’s one giant leap for both kinds.

See also  What Will The Post-Google World Look Like?