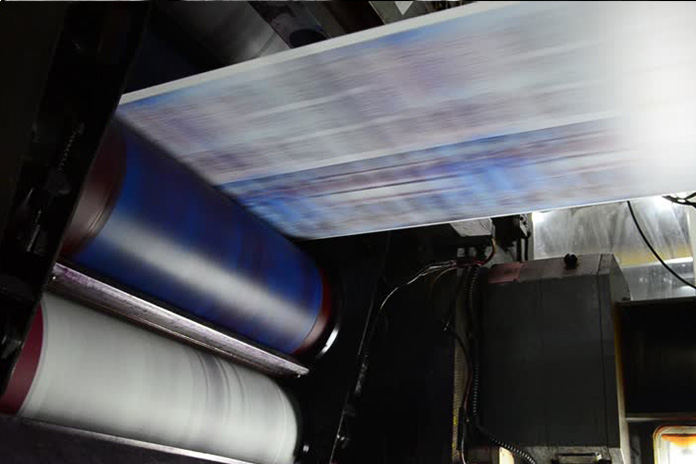 THE Straits Times has been around since 1845 and will probably be around in 2045.

While its principal role has been eroded over time, washed away by the tides of technological changes that have altered society’s behaviour, it will continue to exist; a slowly fading reminder of its purpose as a bearer of news.

Today, you get your news in many other places. And, often, it’s fed to you on the social media platforms you follow. When was the last time you read anything newsy for the first time in the newspapers?

But The Straits Times will prevail. It is one of the enduring symbols of what Singapore has built up over the decades. A relationship between the government, the paper and the people that has been tested on several occasions; a tripartite arrangement that has grown increasingly uncomfortable over the years.

Trying to juggle political correctness, commercial demands and its own reputation often leaves the reader as the least important component in the equation.

The public has expressed its displeasure at what’s been offered with its feet.

Circulation numbers have dropped, but while that’s blamed on a global trend, a lot of people are just not interested in what the papers have to offer or say.

The recent report — the news was broken by an external online media — about fudged circulation numbers by SPH Media from September 2020 to March 2022 has put The Straits Times on the back foot and in desperate recovery mode. This covers the period when SPH Media Trust, a public company limited by guarantee and funded by taxpayer dollars ($180 million annually for five years), split from mainboard-listed company Singapore Press Holdings.

With circulation numbers bloated by up to 12%, or around 90,000 copies daily, that amounts to almost 33 million claimed copies a year.

Former editors of the organisation jumping in and saying they’ve long heard rumours about this practice, and trying to justify overprinting as an industry norm haven’t helped, and raises the following questions:

How far back does this practice stretch?

Did the audit bureaus that certify the circulation numbers conduct the necessary checks?

But while there seems to be a lot of noise being generated by this — about inflated advertising rates and how much government bodies may have overspent for their public-service announcements, for instance — many people we spoke to were not interested in the situation.

They don’t agree with what happened, but couldn’t be bothered to waste their energy on a situation that will have little bearing on the quality of the end product or their lives.

It’s like your interaction with social media. There seems to be a lot of discussion of a topic in your group, but outside of that the focus is elsewhere.

So, a small community of interested and invested parties is raising a ruckus. Most others shrug their shoulders and get on with their lives.

Many have long since given up subscribing to the paper, obvious from the shrinking number of subscribers. M.C. Lee, who used to be a subscriber for three decades cancelled his subscription a month ago. “They immediately stopped my online subscription but, hey, I’m still getting the print in my mailbox with no further giro deductions,” he says.

“Just speaking for my block of around 80 households, I’m one of the 3 subscribers for the print as our mailboxes have been marked with ST or LHZB (Lianhe Zaobao).”

Dana Lam, a former journalist with The Straits Times who also helmed AWARE and is now an artist and author, said she still reads the newspaper out of habit, and “to see what they are spinning”.

But she adds, the recent situation is making her “lose faith in institutions, and corporatism is a sick animal”.

Dr Tan Bee Wan, a business owner, feels “it’s a reflection of the misalignment of the culture of SPH Media Trust and its mission”.

“I hope that this painful situation will not lead to a blame game, but rather that the management and staff consider how to use the pain to reflect on how they can do better to build trust — internally and externally — to achieve progress for SPH Media Trust and the importance of good reporting to help citizens make informed choices as that is the key goal of media,” she added.

Michelle Wong, a mediator, says SPH should come clean and resolve the issues that have been identified. “There should be continual rejuvenation at the top, but that requires brains, good faith and volition, which is rather absent in many situations.”

Bruce Tan, a millennial investment analyst, is an infrequent reader of The Straits Times. He feels the mainstream media offers limited options but believes it is the only credible local news source. But he admits he “is not very informed about what’s taking place at the moment”.

Dr Kirpal Singh, a longtime reader of the paper, says the situation is important to him.

“I try to follow mainstream information so that I’m up-to-date and also to think of the implications of what mainstream media says.

“SPH is more than just a simple mainstream media. It literally controls — some might say it even produces/manufactures mainstream media — so that its impact can be huge and far-reaching.”

The varying viewpoints aside, most of those interviewed wanted full disclosure and public airing, even if they felt distanced from the situation.

See also  Future Leaders Should Not Have A Closed Mind