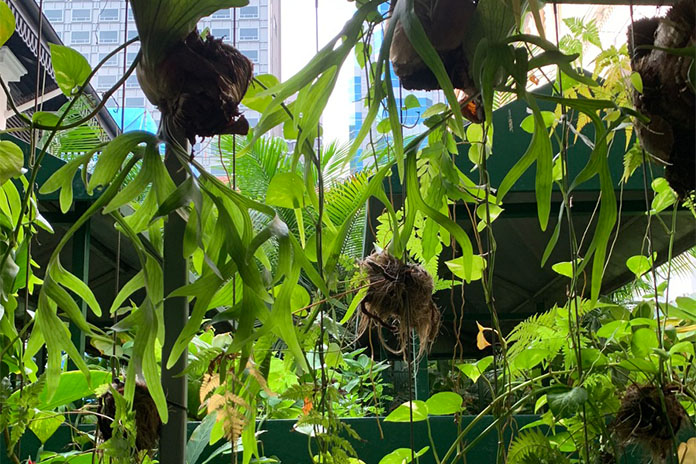 BEEFING up on food security is similar to building up more healthcare capacity and hospitals.

With the population tree enlarging its canopy, this rapidly aging country needs more hospitals and a more robust and comprehensive healthcare system, including an urgent development in healthcare manpower.

But we have dragged our feet on both food security and increasing healthcare capacity for decades.

Every country recognises the need to have secure sources of food supply, including stockpiling essential food items unilaterally or in cooperation with neighbouring countries.

In this regard, Singapore signed an Agreement on the ASEAN Food Security Reserve which included the ASEAN Emergency Rice Reserve in October 1979. It was significant enough that then Prime Minister Lee Kuan Yew noted the signing of the agreement in a speech when he opened the 15th ASEAN Ministerial Meeting on 14 June 1982.

Despite the early recognition of food security and signing the ASEAN agreement, farming and agriculture activities in Singapore declined from the 1980s as economic growth took precedence over food security.

With abundant and cheap food sources around the world, coupled with strong logistics and good quality food packaging, it remains cheaper for Singapore to import food. Meanwhile we generated more economic value and profits through rezoning agriculture land into “higher value” uses, such as by increasing the intensity of land use through higher plot ratios and selling residential strata titles in the air.

Self-production of food was hardly profitable and never deemed a high priority in land scarce Singapore.

However, the conversation about food security never ceased. We are regularly reminded that we need to improve our self-sufficiency in food production by episodes of food disruptions such as mad cow disease, bird flu, red tide, pig disease and natural disasters.

ALSO READ: Let’s Learn From Everyone

40 years on, in March 2019, Minister for Environment and Water Resources Masagos Zulkifli announced an ambitious “30 by 30” target: That we will self-produce 30% of our food requirements by the year 2030.

But questions remain about how we might achieve the 30% self-sufficiency when, for the last few decades, we have depended on about 170 countries for 90% of our food supply.

We need to quickly build sufficient manpower and knowhow for the production, packing and distribution of vegetables, eggs and fish.

On the economic front, our small consumer market and limited production volumes, coupled with high costs of land and labour could mean that consumers may find local greens and meats to be poorer value-for-money as compared to the price of imported foods. 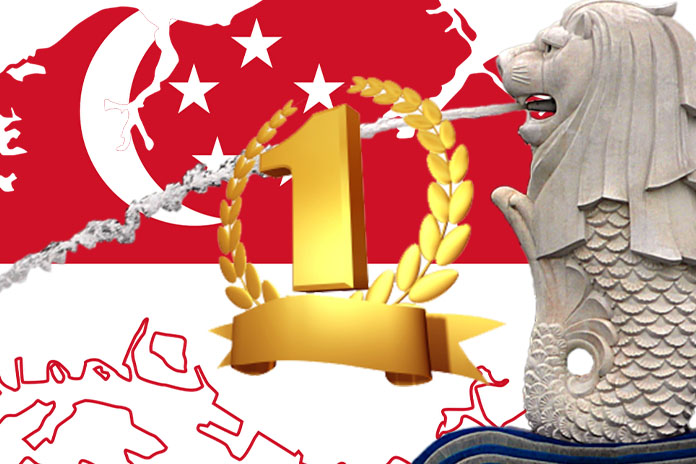 Singapore is ranked by the Economist Intelligence Unit as the number one country in food security primarily by keeping food prices affordable and maintaining high standards for food hygiene supported by Singapore’s extensive logistics network.

As pointed out by renowned food security researchers Professor Paul Teng and Jose Montesclaros from the Centre for Non-Traditional Security Studies at the Nanyang Technological University’s S. Rajaratnam School of International Studies,  the reality for Singapore in year 2030 is that:

“The handful of self-produced food items will likely remain a handful, for reasons of no comparative advantage to produce food that requires large tracts of land and special growing conditions. But a 30% self-production in at least three strategic food items will give Singapore some buffer should there be short-term supply disruptions.

“The added value of fostering a new sub-sector of supporting companies could also lead to more economic opportunities for agtech innovations. To meet the remaining 70% of food needs will still require that the country pays attention to developments overseas and plays its role as a responsible global citizen in efforts at addressing food security elsewhere.”

COVID-19 made our need for food security even more urgent. On 8 April, two months after declaring DORSCON (Disease Outbreak Response System Condition) Orange — the second-highest alert level — and at the start of the Circuit Breaker, the Singapore Food Authority (SFA) announced a S$30 million grant to assist the agri-food industry to “accelerate the ramping up” of local production of eggs, leafy vegetables and fish.

This was followed by SFA calling for a tender to rent nine farm sites on 12 May. These vegetable farms are situated on the rooftops of multi-storey car parks in Housing & Development Board (HDB) estates. Those who are successful in their tenders will sign a 3-year tenancy agreement to build and operate the farms.

Who Would Risk It?

The planting and harvesting period could be less than 33 months.

Farmers keen to bid for these car park rooftop sites have to undertake financial risks and invest in equipment, manpower and supply chain systems.

Would these carpark rooftop farms be economically viable when a key element of the tender is the rent bidders propose to pay?

The HDB manages more than 2,100 car parks and over 1,000 of them are multi-storey car parks. The popularity and convenience of on-demand taxi services such as Grab and  Gojek point to a gradual reduction in car ownership and therefore, the utilisation of car parks will be reduced.

With rooftops being exposed to the heat and rain, we can guess that they will remain largely vacant.

Given that these farmers will be providing a much-needed service to boost the country’s self-sufficiency in food, must rentals be charged on the abundant and underutilised real estate on the top floors of multi-storey car parks?

If we were genuinely serious about food security, shouldn’t we provide the rooftops free of rent to the farmers who are risking capital to enhance food sufficiency for the population?

The 3rd generation Oh’ Farms will be closed for business at the end of June 2020 as the farmland has to be returned to the Singapore Land Authority. Oh’ Farms comprises 220 tropical greenhouses spread over 262,000 sqft (about 4 football fields). Oh is unable to continue his agriculture business and is in fact looking for ways to pay for the reinstatement of the farm back to grassland to return to the State.

At the same time, Singapore has opened the market to import poultry and eggs from Poland. Does the cost of airfreighting fresh eggs make better economic sense than boosting egg production in Singapore?

While we do not produce enough eggs locally to feed our demand of 3 –5 million eggs daily, Singaore does not consume all the eggs it produces. Would a better management of local resources be a solution to consider? 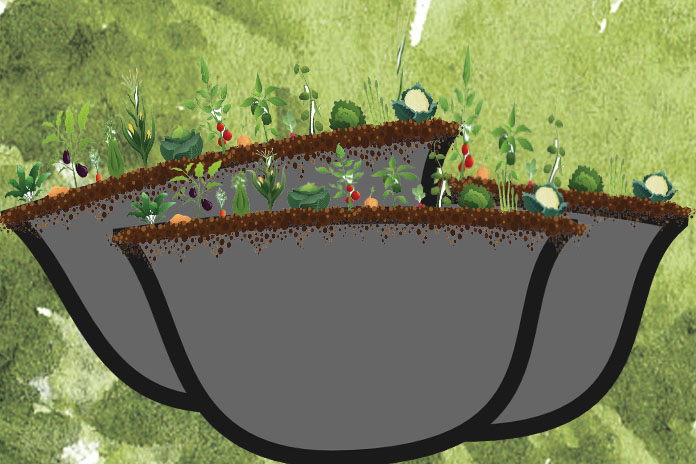 In Defence Of Food

In order to ensure that the “30 by 30” target will be reached and surpassed, policy planners might consider amending the way government budgets are allocated and how Key Performance Indicators (KPIs) measured.

If food security is accorded the same level of importance as national security, perhaps the budget to develop food self-sufficiency and high-tech farming could come under the Ministry of Defence (MINDEF) and the Ministry of Home Affairs.

Supporting this idea, fourth-generation farmer Kenny Eng, believes that food security is sufficiently important that farming activities should be included as part of National Service. A meaningful period of time during a national serviceman’s training stint should be allocated to learning about various aspects of farming, the Director of Nyee Phoe Group emphasised.

MINDEF is already contributing to Singapore’s environmental sustainability through green buildings, hybrid vehicles, food waste management and solar energy in 12 Singapore Armed Forces (SAF) camps by March 2021. Such involvement in green initiatives presents an opportunity to incorporate local capabilities such as farming within our SAF army camps to enhance the nation’s food security.

All SAF and Singapore Civil Defence Force (SCDF) camps that undertake basic military training could allocate 5,000 sqft of outdoor space and/or 2,000 sqft for indoor farming. Soldiers may be rostered for farming duties, learning about various methods of cultivating and harvesting leafy vegetables, roots, stems, fruits and herbs. Some camps may accommodate fish farming, too.

Proper planning and integration of soldiers’ training schedules with the lifecycle management of crops can lead to a more productive and efficient use of resources. Whether during peacetime or an emergency, SAF and SCDF camps have the resources and know-how to support the nation’s food production.

This could potentially lead to jobs in the agriculture space, if the 2030 self-sufficiency vision is realised.

Expanding on this line of thought, Food Security should be included as the seventh pillar of the Total Defence strategy. We should instil an appreciation for food production and awareness about food security for students starting from pre-school and kindergarten levels. Students in primary and secondary schools should be given practical hands-on lessons about various methods of farming vegetables.

The Ministry of Education (MOE) should allocate an annual budget to provide every primary and secondary school student with at least 30 hours for farming activities and related lessons every academic year. Each school may set aside about 1,000 sqft of outdoor space for farming and one classroom as an agri-lab or an indoor farm. Students should be rostered to tend to the crops, and also go on field trips to farms here and in the region.

Several dozen schools have been closed in the last decade, and most of the school buildings and compounds have been left fallow. MOE could convert one vacant school compound within each school-zone into a horticulture lab and activity centre for students to be further immersed in farming technology and agricultural sciences. Such conversions to re-position the abandoned school compounds to agriculture education use will also contribute to reducing our carbon footprint.

It is not sufficient to merely allocate budgets to MINDEF and MOE, we need to set longer term milestones that will take Singapore beyond the “30 by 30” goals, such as achieving 70% self-sufficiency by the year 2040 and 100% by 2050.

With 30 years of investments in educating students and training National Servicemen to farm, supported by new technologies, we should be confident of meeting our food security goals by 2050.

Allocating a long-term budget to MINDEF and MOE for the purpose of security is no different from allocating S$100 billion to fight climate change over the next 50 to 100 years.

Speaking at the National Day Rally 2019, Prime Minister Lee Hsien Loong highlighted the need to prepare for the negative impact of climate change.

“Climate change defences should be treated with utmost seriousness, just like the Singapore Armed Forces (SAF),” he said, and added that we need to “work steadily at it, maintain a stable budget year after year, keep your eye on the target and do it over many years and several generations”.

Well, climate change is a 50- to 100-year challenge and we have already started preparing in earnest.

Meanwhile, COVID-19 is forcing us to stare food security issues squarely in the face. Shouldn’t we urgently take action on food security with “utmost seriousness” too?

See also  How To Tell Our Stories Like A K-drama