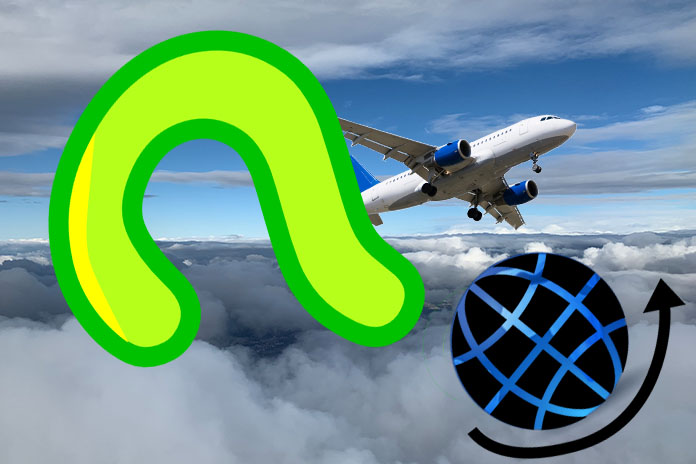 FROM the perspective of the global traveller, the idea of a flight to nowhere seems an aimless endeavour.

Among the less bearable aspects of travel are immigration and the flight itself, especially if it’s in economy class, or on a budget airline.

Sitting with your knees at your neck, mentally cursing all the way at everything — from the food to on-board entertainment (if any) and the restless person next to you who keeps going to the toilet, and especially at yourself for not spending more money to get a seat on a better airline or a higher class of travel — there’s not much to enjoy on board.

It’s a cheap means to an end point after which it’s work or play, or home.

It’s a quantum leap in terms of travel forbearance once you are in business class or anything higher. But then, you get what you pay for.

But, even so, what’s the point of going through the motions of strapping in to go somewhere but landing back where you started?

But after so many months of COVID-19, resulting in clearer skies and giving the environment a chance to recover, the business of travel is also starting to stir.

Governments are especially supportive, since airlines like Singapore Airlines, are part of a country’s identity; and must, therefore, never fail.

Billions have been pumped into keeping the company flying while the planes are grounded.

Jobs have been lost, since flights were down significantly. In August 2020, SIA as a group — SIA, SilkAir and Scoot — saw a 98.8% drop in passengers carried over the same month last year.

Meanwhile, along with some wrist wringing at the financial predicament wrought by the suddenness of COVID-19, the corporate brains have been churning in many of the airline companies to see what can be done to scramble for some revenue.

Ideas ranging from using the airlines as spaces for activities, be it meetings or restaurants, challenge the various restrictions around social distancing and large gatherings.

But a few airlines have started flights to nowhere, which, for the airline, makes sense.

“Travel and tourism are tangible activities, and I think so called ‘flights to nowhere’ are a novel and fun way to keep travel consumers engaged and airline resources occupied,” says Subhas Menon, Director General of the Association of Asia Pacific Airlines (AAPA).

An industry veteran who has been with Singapore Airlines for the bulk of his career in various capacities, Subhas says he has counted 5 airlines adopting the flight to nowhere  — Qantas, Eva Air, ANA, Tigerair Taiwan and Singapore Airlines.

It’s understandable that Qantas is using its Boeing 787 on a 7-hour flight that heads out of Sydney and goes low over Uluru and the Great Barrier Reef. The 134 seats were quickly sold ranging in price from A$787 to $A3,787 depending on the class. The 787 can take up to 323 seats.

In Singapore’s tiny air space, it would require much cross-border negotiation to get onto a scenic route. Otherwise, it’s going to be a lot of clouds, sky and sea. Which means most passengers would be watching shows on their screens. Might as well stay home…?

What’s the point of not having to pack, but heading to the airport to board a flight that takes off only to land back where you started?

Or, maybe that’s the appeal. The fact that there’s no fuss of immigration and sitting in traffic to get to a holiday or business destination. Take a joy ride in the flying bus.

Whether it’s worth the cost of getting a plane prepared and flying depends on each airline.

But Subhas reckons it’s also a psychological decision: “I think it is a leg up for aviation. For the millions of people whose work and livelihoods depend on aviation, it will be a beacon of hope to see planes take to the sky again.

“It is sobering to think back on a time when we took safe, affordable and frequent travel for granted, when 4 million travellers journeyed daily by air in the region.”

When will we see those numbers again?

“Current wisdom predicts it will take till at least 2024 before international travel returns to 2019 levels. Hopefully, Asia Pacific being the first to confront the virus will be the first to witness a restart,” Subhas says, optimistically.

The twists and turns of this COVID-19 journey doesn’t guarantee a soft landing. While to those taking a flight to nowhere it could be a chance to reconnect with a lost routine, the thought of being in a tube in the air with other people, some of whom may be asymptomatic carriers of the COVID-19 virus, should ring some alarm bells.

Regardless of how clean the recirculated air may be on board, you don’t know who has touched what.

You could board the plane anticipating a return to your footloose and fancy-free ways, but return with unwanted baggage.