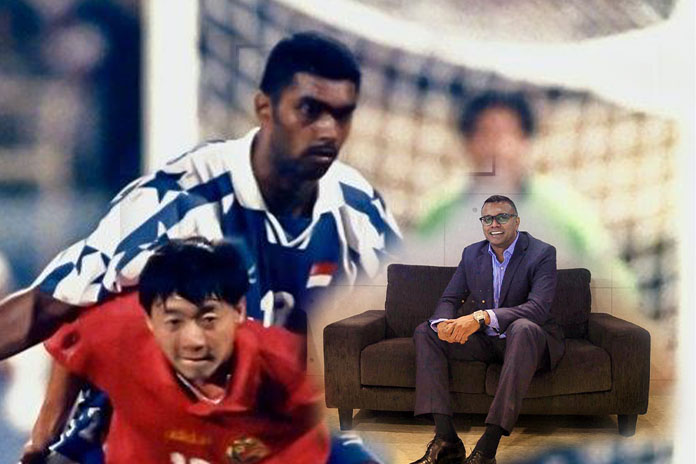 IT’S a challenge for footballers in Singapore to continue a professional relationship with the sport.

Some become coaches and others offer support in other administrative functions, but most find themselves looking elsewhere for gainful employment once their playing days are over.

After scoring the winning goal in the 1988 Singapore’s AFF Tiger Cup triumph against host nation Vietnam, R Sasikumar has done what few of his peers have managed.

He acknowledges that the Unleash The Roar national football programme announced in Parliament by MCCY Minister, Edwin Tong, is a “tough call”.

ALSO READ: Bring Back The Roar

“It’s a big ask for something not working well at the moment,” he reckons.

This is not the first time that politics has tried to kick some life into the local football scene.

In 1998, there was the proclamation to have Singapore qualify for the 2010 World Cup.

If anything, the standard of the game has dropped significantly since, and the recent call to qualify for the 2034 World Cup sounds like a case of deja vu.

That said, Sasikumar is optimistic about the programme.

“It’s better to have a plan, than not have one. And it doesn’t matter how divided we are, we have to pull together.”

But he has his reservations, too.

“I like the idea and the plan. But are we having the right people in the right places?”

The once lively local league has seen dwindling crowds in recent years, despite the entry of foreign teams and players into the Singapore Premier League.

Join the discussion on Singapore football with Quah Kim Song and Jose Raymond tomorrow at 12:45pm. Register for the WED WEB CHAT — Bring Back The Roar using this link: https://zurl.co/SACE

Privatising the league has its own challenges. “Guys that own clubs have no means to make it successful, so it becomes a hobby. It relies on volunteerism.”

Sasikumar insists that the mindset will have to shift fairly quickly if the new national programme is to succeed.

“Running a professional club or league is a full-time job.”

Besides generating interest in the local scene, a fully-functional league also serves as a platform for local talent to be groomed and to be given opportunities to ply their trade in other markets.

Sasikumar used to be a football agent, handling 40 players.

“The premise was we would be a launchpad for players, exporting them to Malaysia and Thailand. But that’s not a foolproof business, as should they do away with the ASEAN player quota the business model would be screwed.

“As an industry practitioner, you have the prepared for all eventualities.”

Then, it’s a question of whether there’s enough money in the game for the footballers.

Given the relatively short careers of footballers, Sasikumar says that they have to think of life beyond football.

But, in the event the national programme kicks off and nets some of its goals, it could provide the necessary infrastructure and support to afford those in the game a career safety net.

Join the discussion on Singapore football with Quah Kim Song and Jose Raymond tomorrow at 12:45pm. Register for the WED WEB CHAT — Bring Back The Roar using this link: https://zurl.co/SACE