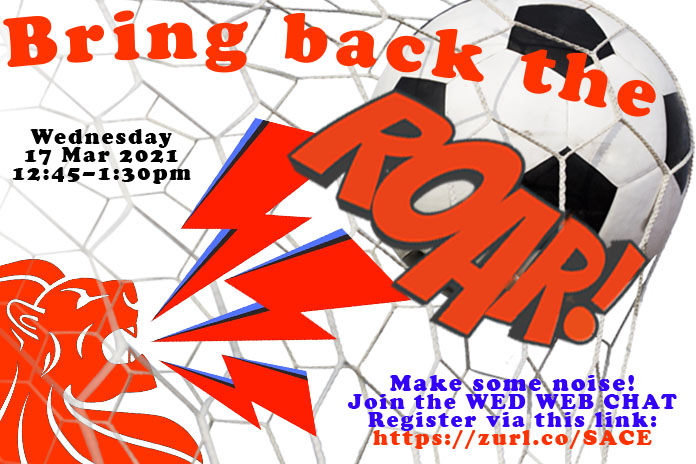 IN A Herculean attempt to revive flagging fortunes, Singapore intends to pump life back into the football scene, and has set a goal for World Cup glory.

What! Again? You can well hear that refrain from a public that used to adore the national football team, only to watch it slide into a painful death dance that refuses to end.

Overtaken by its neighbours, and with so much live football on TV making it that much more convenient to stay home and cheer on your favourite English Premier League team, local football has long been losing its passionate supporters and players, becoming an almost forgotten national sport.

In the 1992, world football federation (FIFA) rankings, Singapore was placed 89th in the world, and 2nd in ASEAN, after Thailand.

Based on the Feb 2021 FIFA rankings, Singapore lies 6th in ASEAN, and 158th globally.

But this week, Minister for Culture, Community and Youth, Edwin Tong, boldly announced that a new national project would be launched to unite Singaporeans through football. Titled Unleash The Roar, it is accompanied by 8 pillars which, on paper, looks comprehensive.

This was a follow up to a now almost forgotten comment to have Singapore qualify for the 2034 World Cup, which ASEAN is aiming to host.

ALSO WATCH:Why Are We Losing Our Memories?

And that echoes a similar call more than 2 decades ago.

In 1998, Singapore launched Goal 2010 to qualify for the World Cup in South Africa, to no avail. As a nation, Singapore may punch above its weight on several fronts, but that hasn’t found its way into its sporting prowess. Though there are many examples of smaller nations, like Iceland, able to do so.

While it’s good to have ambitions and dreams, Singapore’s footballing glory days seem to be stuck in the past; mainly in the fiery rivalry that was the Malaysia Cup of the 1970s.

For those familiar with the Kallang Roar and the list of stars who became household names — Quah Kim Song, S Rajagopal, Dollah Kassim and Mohamed Noh, among others — this was the golden era, when Singapore won the 1977 Malaysia Cup.

In later years, Fandi Ahmad, V Sundramoorthy and R Sivakumar would shine in their own right, but much of the clamour would still be around regional competitions.

ALSO READ:Norway’s Doorway To Snore Away

The domestic league has tried to serve as a pool to spot talent, but has sent mixed signals, by introducing foreign teams and changing its name from the S. League to the Singapore Premier League.

The emphasis of the newly announced national programme is now on the youth, and may be the best way to try and build the national sport’s fortunes.

Still, it’s going to be an uphill battle.

What will it take to bring back the roar to Singapore football?

Panellists at the WED WEB CHAT on Wednesday 17 March from 12:45-1:30pm will talk about football and its magical ability to bring a nation together. Bring your memories and your opinions and suggestions for raising the level of the game in Singapore.

Local football legend, Quah Kim Song, who headed home the winner in a thrilling 3-2 Malaysia Cup victory in 1977 will share his thoughts on the future of the game.

Jose Raymond wrote about the ups and downs of football in the mainstream media, and  won several awards for them. But, more importantly, his position provided him access to many aspects of the game.

Add to the noise, and join in the discussion by registering for the chat using this link: https://zurl.co/SACE