For a school that promotes a contemporary way of learning that eschews bookwork in favour of hands-on engagement, the SP Jain School of Management still banks on the business of university rankings, comparison with its academic peers and association with global big names in business to be noticed. By Kannan Chandran

In the conformist world of executive education, where schools try to compete with each other by keeping up with each other, Nitish Jain hopes his school offers an option that is grounded in real-world principles and practices. The SP Jain School Of Management, with campuses in Singapore, Dubai, Mumbai and Sydney, takes in students from around the world with the aim of getting them thinking differently and thus value adding any of the big-name firms that are eternally hungry for raw talent.

This approach to education has swiftly propelled the school up the various ranking mechanisms that ensure business schools are sought-after and kept in the public eye. To Nitish, who constantly refers to the school’s upward momentum on the popularity charts, he believes he is reimagining business education.

“Classroom learning is insufficient,” states Nitish, the President and Director of the SP Jain School of Management, emphatically. He wants his students to immerse themselves in three different campus environments, to understand that doing business in China is very different to doing business in the US, India, Japan or Africa. SP Jain divide their study between Singapore, where they grasp the Eastern world, Sydney to understand the Western world, and finally Dubai, to appreciate the Arab world. There is also the option to gain some appreciation of the Indian way of doing things on the Mumbai campus. And there are more campuses to come.

“When you go to these different countries, we have a very comprehensive out of class learning programme, where we cover business culture, local politics, the risk and opportunities of doing business in that country.

“Since they go to these different countries at a very young age, students begin to have that global thinking as part of their DNA. We have graduates who are in top jobs in so many different countries. That also gets us these rankings.”

He talks to STORM about the business of education. 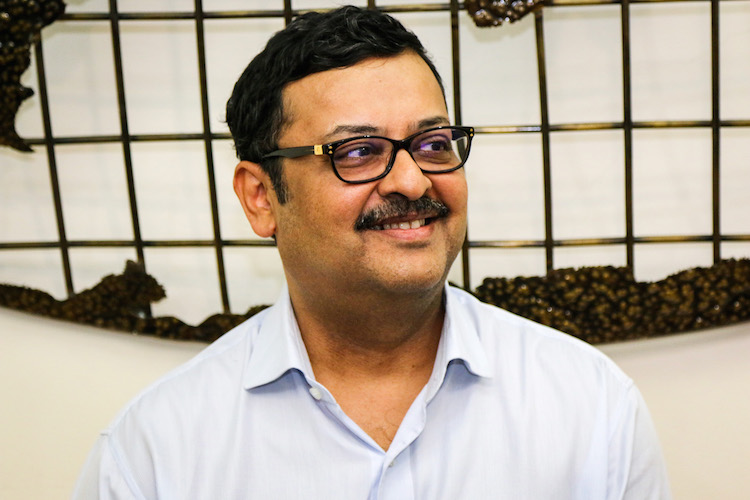 How well equipped is education to cope with global changes?

NITISH JAIN: I think today’s education is doing a lousy job when we look at change because they haven’t changed themselves. There are several ways to learn. What is practiced today is learning by listening most of the time. I consider this model of education — ‘sage on a stage’ —out of date.

Maybe a big company in the US will disrupt the education process. We can in some way already see disruption through moocs (massive open online courses). This year we have 20 million moocs subscribers. Last year we had 12 million, and the year before six million. I think in another three years it will be 50 million. So this itself is like a tsunami coming at you. Who’s prepared for it? Are universities prepared for it? Are they doing anything to defend what they do today? I would say some are. But most are not.

When technology comes, it is so fast it can change the way we behave. In education, it will happen so fast and those who are ready and prepared will take advantage of it, and those who are waiting for somebody else to do it will be too late because it is not easy to change, it takes time.

Isn’t education steeped in institution, tradition and protectionist policies so that it reacts more slowly to change?

NITISH: Education is set in tradition, and that’s the problem. But current education systems may die if a new one gets born. There is nothing stopping someone else from creating a whole new university that is much more relevant and effective. The old ones will remain old and traditional, and will not be able to compete. Think of Kodak film. Kodak remained a filmmaker while others came up with digital technology, so it went bankrupt. So just because it is a big famous Kodak, much like the other famous universities that we know today, new technology can come. If the old ones fail to jump in they will die. As a consumer, you will choose relevance over tradition, if you believe that relevance is strong enough to actually deliver.

When there’s a tidal wave it spares nobody. Let’s look at outsourcing as a phenomenon. Countries are very against outsourcing; going to a cheaper country. They try protection schemes. Can they stop it? No they can’t. Because water find its own level. If one country is being stupid about it, you’ll just go to another country and study. And I don’t think at the end of it, protectionist policies work on any sphere and certainly not in education. They may delay the process a little bit but they can’t stop it.

My customer is a graduate who wants to join a big company. But if the company needs a different sort of person, then I as an education provider have to change what I’m offering. I don’t have much of a choice because if my students don’t get jobs, I’ll be out of business. So we have no choice but to change and to deliver the sort of graduate that companies want to hire.

Read the full interview in STORM V25, available at Allscript, MPH, and Kinokuniya.