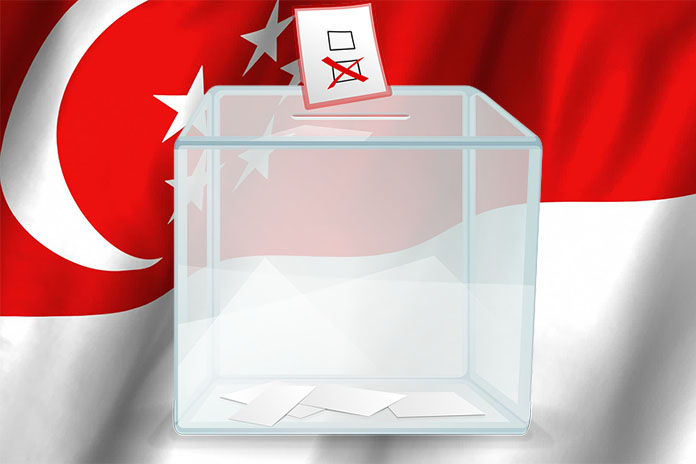 HERE is some strange logic for you.

In the Singapore General Election.

The People’s Action Party (PAP) grabbed 83 out of the 93 seats available, with the remaining 10 going to the Workers’ Party (WP). The incumbent lost a second GRC, and saw a drop in its overall popularity, but it still wields the power.

In this unusual crisis election, the stakes were high on many fronts. A new slate of 4G ministers were keen on proving their worth, even as a global pandemic continued unabated, with an uncertain future ahead.

The opposition had plans of its own, though.

The significant outcome of GE2020 was the the expansion of the WP’s reach into parliament, and the way this six-decades-old political party led the charge along with newcomers like Progress Singapore Party (PSP), founded just a year ago.

It’s taken a long time to get to this stage in Singapore’s politics, so let’s celebrate this small increase in the number of alternative voices in parliament, an arena that has long been jealously guarded as the domain of the PAP.

Did everything go to plan in GE2020? Not really.

The usual boundary reshaping programme squeezed out a four-seater Sengkang GRC, which promptly went into the youthful hands of WP’s quartet of candidates. Jamus Lim was the bright spark who showed off the potential within the party at the televised debates. The WP extended its reach, retaining Hougang and Aljunied, and sweeping up the newly carved out Sengkang GRC, unseating three bewildered PAP office holders in the process.

The latter was a startling outcome for the PAP but perhaps reflected the wants and needs of a community that connected better with the WP’s younger team. Did extending the voting deadline by 2 hours to cope with the long queues affect the eventual outcome?

Sengkang was one of the areas with long queues of voters patiently determined to mark their debut and preference on black-and-white ballot slips that didn’t feature party colours. That did cause some double takes and confusion.

The slim margin of victory where Dy PM Heng Swee Keat was quickly parachuted into the East Coast GRC, could have had a different outcome if he wasn’t there. But let’s see how the new plan works out.

Holding the election during a pandemic has been done in other countries, but why risk it? Let’s hope we don’t see a spike in COVID-19 cases in a couple of weeks.

As a nation, we will be looking to the creative plan that must be put into effect to pull Singapore out of the clutches of COVID-19 and to get the wheels of economy, business and normal life moving again.

Join us in our WED WEB CHAT on Wednesday 15 July, when the topic will be Election Over…What’s Next?

Click on the link to register for the lunch session from 12:45 to 1:30pm:  https://us02web.zoom.us/webinar/register/WN_eniBcjEmRD68770VHrk4cQ

See also  What Do The Signals Flag For Next Year?