THE SPREAD of lobsters is quite mind-boggling.

Bisque, tandoori, baked, in fried rice, in the porridge, kam heong style, rolled up in the popiah…it’s quite an unexpected array of claws  and shells waiting to be devoured.

J65’s  themed buffet dinners are worth the journey to the fringes of the CBD, at Hotel Jen Tanglin. 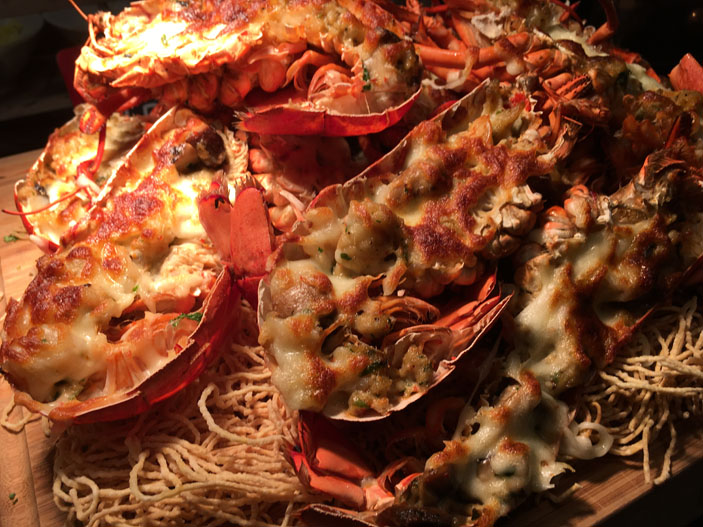 Wednesday is lobster night, and the buffet is dominated by the orange crustacean done in nearly 20 ways. But for those who want something else, there’s a carvery, chicken sukiyaki, tasty Kerala style prawns, salmon sashimi, pasta and loads of local and Western desserts. Coffee and tea are part of the quite attractive $65++ per head price. 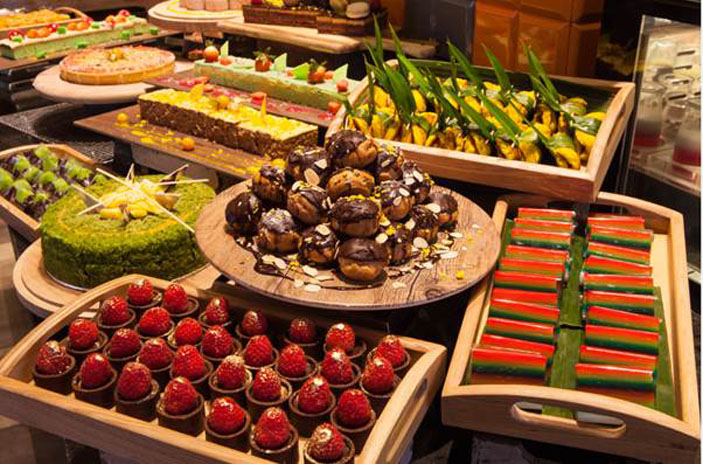 On Thursday it’s time for some “Live Barbecue” night, as the pit is loaded on with meats, seafood, including Korean Bulgogi of pork belly and beef ribs.  The buffet features various  hot dishes like Champagne pork ribs, Prawn Masala and Black Pepper Crab. 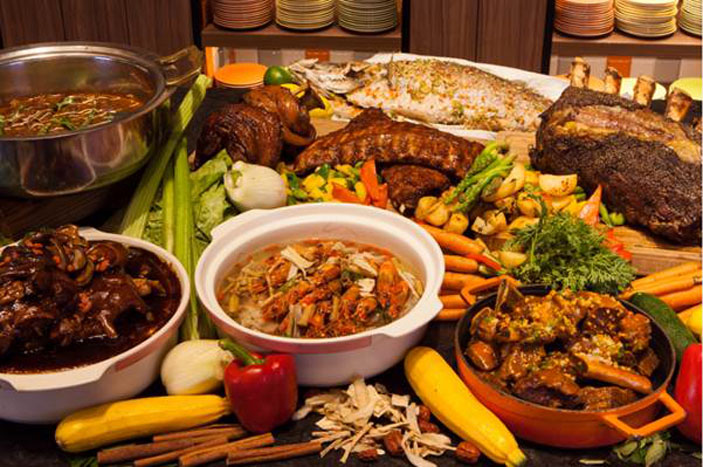 On Tuesdays, the Colours of Asia buffet has rot canai (prata in Singapore), oxtail rendang, Thai steamed fish and teh tarik as part of the colourful menu of dishes from around the continent.

See also  Seafood Bouillabaisse With Lemongrass – Whip It UP!