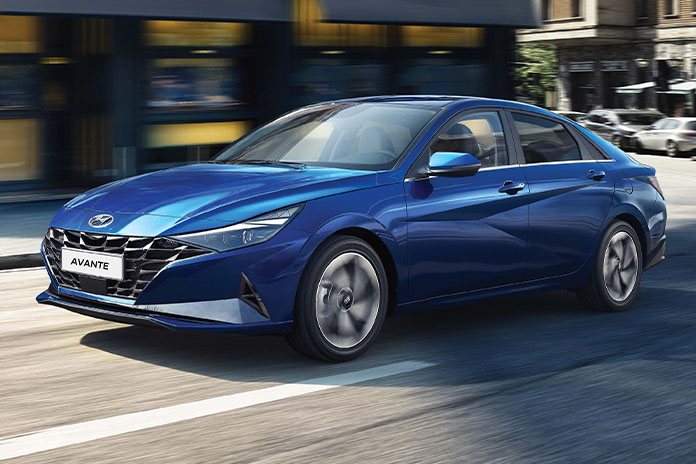 THE seventh generation of the Hyundai Elantra takes a sharp turn for the better. At least visually.

Revamped to keep pace with the rest of the motoring world, and inspired by chief designer SangYup Lee’s experiences with Bentley, Volkswagen AG and General Motors Corporation, the new Avante (as the Singapore and South Korea markets insist on calling this model) sports a sharper profile with lots of angles and triangular patterns.

A new interior keeps pace with the new look, but under the bonnet, the 1.6L SmartStream Gamma II engine has a lot of keeping up to do.

The new Avante is longer, wider and shorter than its predecessor, with a drag coefficient of 0.28. It’s also roomier for the passengers and luggage. And in most of these categories, it fares better than its competitors, the Honda Civic and Toyota Corolla.

Its styling also puts it ahead of the chasing pack; from the sharp back with the monobrow tail lights to the sculpted body and the sloping bonnet framing the (as Hyundai concocts it) “parametric-jewel-pattern” grille. It’s meant to lead the viewer along the new “disrupter-spirit” design thinking that has resulted in the Avante, where triangles abound if you look hard enough.

There’s a grab handle on the centre console for the front passenger, which echoes the triangular motif. Not sure what purpose it would serve since this Avante is not going to be known for its pace or performance. It’s a sedate four-door sedan with sharp looks but an engine that struggles to inspire.

It delivers a comfortable ride, which is not engaging, and is predictable like a comfortably stable relationship with little excitement in the formula.

There are a few drive modes but they don’t do very much for the car’s performance. But they do play a part in lighting up the dashboard in more interesting fashion, if you set different themes to the various drive modes (Watch the video).

Like most brands fixated on staying relevant, technology plays an important role for  Hyundai. From the safety of its occupants to how it connects to the outside world via Wireless Android Auto and Apple CarPlay, the brand is keen to realise its smart mobility ambitions.

A slew of safety features kicks in sometimes unexpectedly in anticipation of potential problems. But the SmartSense features are generally well intended and could make a difference in a crunch situation.

ALSO READ: Wash Or Wipe? Let’s Get To The Bottom Of Things

It probably makes sense for Hyundai to introduce the various new technologies in its arsenal in stages. But there’s already quite a fair bit injected into this model to point the way ahead for a brand finding its own path forward.

If its concept cars, like the Prophecy, are anything to go by, the road ahead could prove exciting.

See also  The Cullinan Rolls With The Times