Home BUSINESS Wash Or Wipe? Let’s Get To The Bottom Of It
Facebook
Twitter
WhatsApp
Linkedin
Email 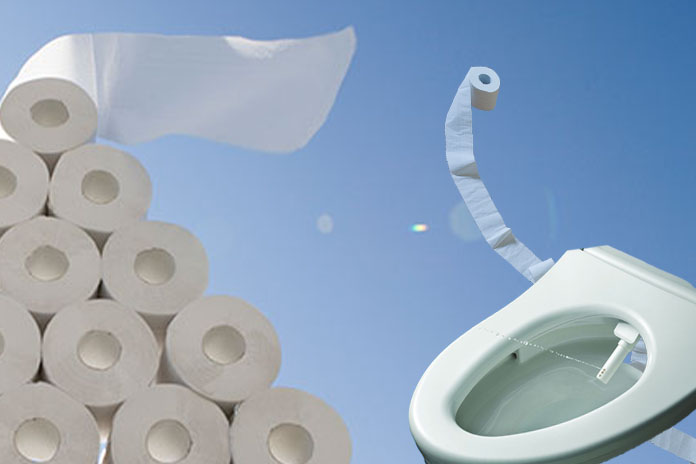 OVER Sunday brunch with a friend whose system is irritated by spicy food, the talk gravitated, as it must, towards the use of a bidet instead of toilet paper.

Must be annoying having IBS, and yet be so desirous of things that trigger such an urgent response. But it still steered the discussion like a runaway car down this S-bend, as it sometimes happens, when the mind is in the sewer.

But this is a topic that addresses a basic necessity. Your pocket.

My friend reckons there should be a movement towards bidets, so that we don’t see the anguishing runs on toilet paper at the supermarkets next time we are pushed into a circuit breaker situation and forced to stay at home.

Anything to stanch that flow of vital paper is an idea not to be pooh-poohed.

A bidet does the clean up work via a hose, and some models come with sensors that will raise the lid as you approach, adjustable nozzles that will track the target like a laser-guided missile and will follow up to fan the area dry.

After getting used to aiming the nozzle and overcoming the shock of the spurt of water, it might be hard to prise you off the throne for a few reasons: You sometimes wonder if the job is done; you’re beginning to enjoy it too much; you haven’t finished the game on your smartphone.

Add $150 for any electrical work and installation costs.

The unit can be removed from the toilet and cleaned separately.

Now, my friend reckons his family goes through a 10-roll pack of toilet paper a week. That’s going to cost $364 a year, or a dollar a day.

For what you’d spend in a year and a half, you could have covered the cost of the EcoWasher.

If you want to pamper your butt, then you might want to shell out $4K for the high-end model including installation. Rolling with the same cost for the toilet paper, it’ll take around 11 years to cover the cost of the self-cleaning throne.

That may seem like a long time, but consider the alternative, and should paper prices rise  your calculations may go down the toilet.

And if you move to another house, you can bring your washlet — the best seat in the house — with you.

And should the sh*t hit the fan, and there’s another circuit breaker or movement restriction enforced, you don’t have to worry about rushing to the supermarket to see that the toilet rolls have been wiped clean off the shelves. You can sit back on your TOTO throne and feel like you’ve won the lottery with this decision.