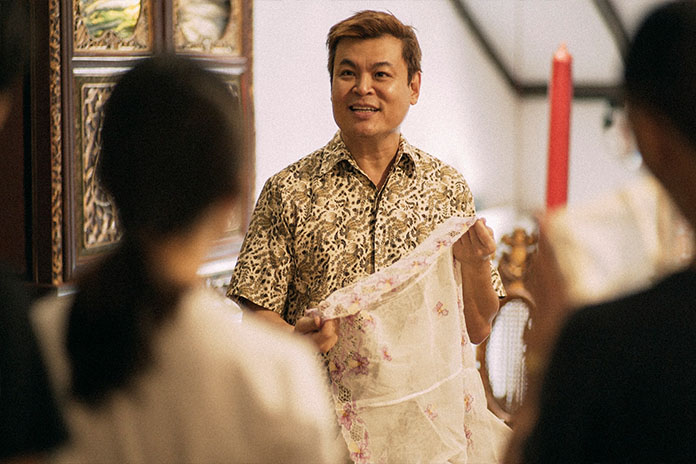 HE has spent a large proportion of his life actively keeping this heritage alive.

His trick, he says, is “not trying too hard”.

Though, the award-winning The Intan, at 69 Joo Chiat Terrace, is crammed to the rafters — tastefully, I might add — with an array of Peranakan artefacts that Alvin has acquired over the decades. 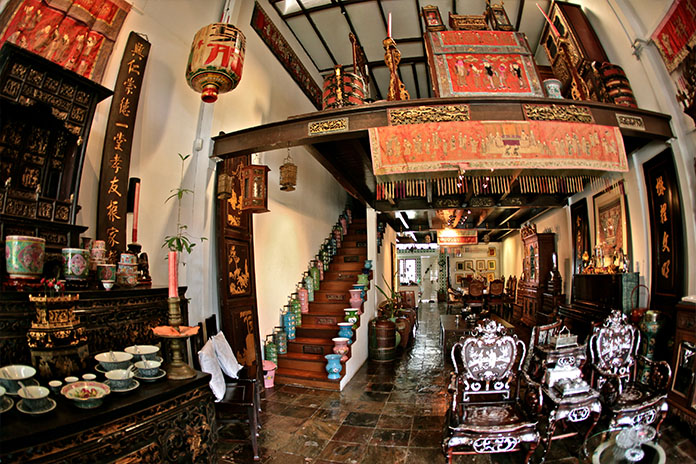 I was particularly drawn to an intricate gold necklace embedded with diamonds that is elegantly delicate and intricate in its design. This cannot be the brainchild of a commoner as its royal influence is apparent.

Then, there are the seriously big and pretty lanterns hanging in grandeur from the ceiling, reminiscent of the Gong Li movie Raise the Red Lantern.

An expensive wedding robe made out of silk is imbued with Chinese embroidery and its four-figure price tag gives telltale signs that this could’ve been the creation of someone who once used to dwell in the Forbidden City. In ancient times, lower-class people were punished for wearing silk clothing.

An ornate wedding bed caught my eye as it gave off an impression that it is befitting of an Empress’ majestic standing. 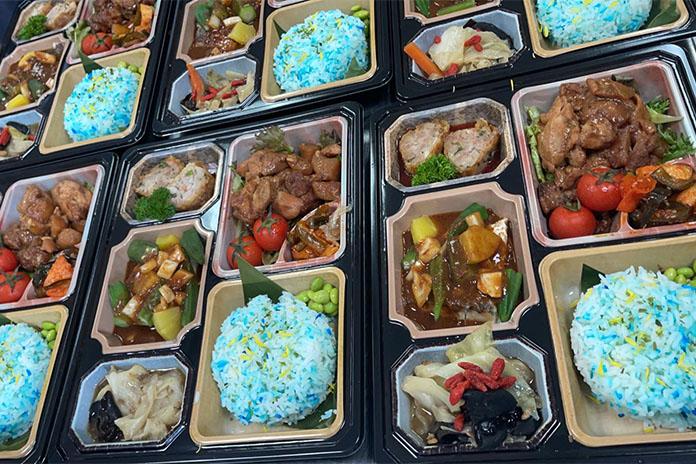 The Peranakans Love Their Food

My museum tour’s highlight was the Peranakan private dining that impressed me with its “touch the heart” effect which I have yet to find amongst the dim sum that I know of to date. It is bountiful with the warmth of a mother. All the recipes belong to Alvin’s Mom who tweaked the recipe to her family’s liking. Hence each family’s Peranakan fare is distinct to the palate of its family members.

The assam masak nenas with prawns swimming in the “just right” gravy is in honesty, heavenly. Savour its sweet and sour flavour from the peculiar cobra head spoon. The ayam buah keluak erupts volcanically in your mouth. The chap chye, babi pongteh plus salad garnished with liver and gizzard punctuated with a satay-like chilli sauce is a sweet combination.

Since you can’t gather in groups, you may want to order a bento box, ideal for a dinner for 4-6 persons. This is The Intan x Tung Lok Group collaboration that comes with eco friendly cutlery and made bona fide with a batik wrap.

The chap chye delivered is unlike the ordinary, with its sprinkling of goji berry that is pleasingly premium and plump. The assam fish and ngoh hiang don’t taste crudely commercialised and instead brings out the home cooked food flavours. The desserts are a delight — the kueh kosui is stellar.

The devil is in the details and the Peranakans knew this from the onset.

Alvin Mark Yapp is a panellist on the upcoming STORM discussion — Peranakans In Singapore: What Makes Them Special? — on 30 September, from 8:30pm —10pm. To register for the free webinar, click on THIS link.