THE award-winning French film Lost Illusions is a stark reminder that organised society, at any period in time, doesn’t like its order messed with.

Director and co-writer Xavier Giannoli re-crafted the serialised novels written between 1837 and 1843 into a captivating 2½-hour spectacle of characters scheming and finding their way up the social ladder in Paris.

After a bloody revolution and the Napoleonic wars, the Restoration period in France is a time of rising enterprise and prosperity.

Lucien (Benjamin Voisin) works in a printing press in the countryside and pens poems in his spare time. He is ambitious and willing to take any route that will lead him to Paris where he reckons fame and fortune beckon.

They do, along with wine, women, song, love, cunning and skullduggery.

As the tale unfolds, it weaves in historical information like the importance of the printing press and the arts to its continuing prosperity. The spectre of fake news is already evident, and so too chequebook journalism.

It’s all about entertainment pushed to the limits, but with an evolving and reactive system of government waiting to rap it on the knuckles or lop off a head or two. An ongoing issue still faced by the publishing industry today.

The Festival opens on 12 May and presents 24 films from 23 countries at The Projector.

The films cover a range of topics and moods. 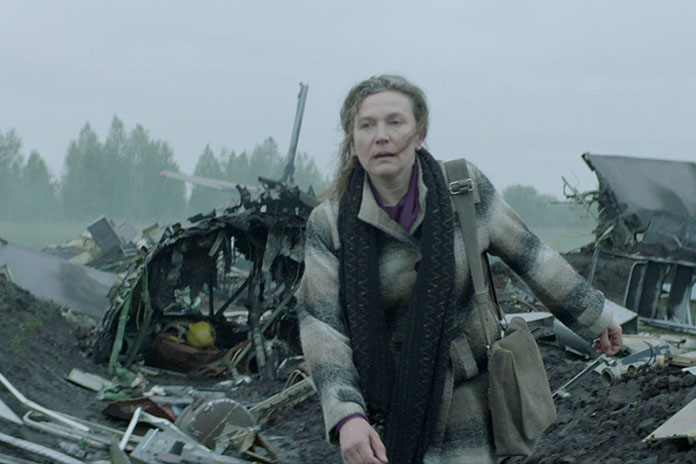 Ukraine’s Mother of Apostles (above) is based on a true story, which echoes the mood in the country currently at war with Russia. The film tracks the journey of Sofia who is trying to find her son who was shot down over occupied territory.

Turkey’s A Unique Life reflects on life choices later in life and how to make the most of opportunities that come up.

In between the sorrow and happiness runs a gamut of emotions to be discovered.

Festival tickets are priced at $13.50 on weekdays and $15 on weekends and are currently on sale at https://euff.com.sg/tickets.