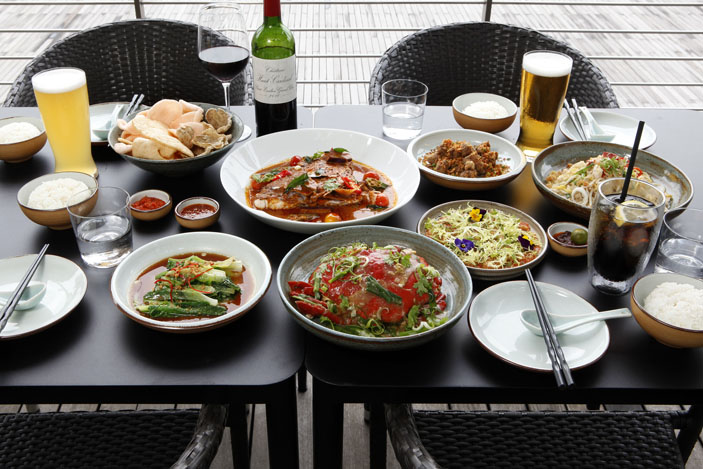 HAVING served at the top of Marina Bay Sands, Justin Quek brings things down to the street level at his new restaurant, JustIN.

Set along the pathways facing a postcard view of the Singapore skyline, his new eatery is rife with Asian favourites, infused with French elegance, and priced to appeal to a wider audience. 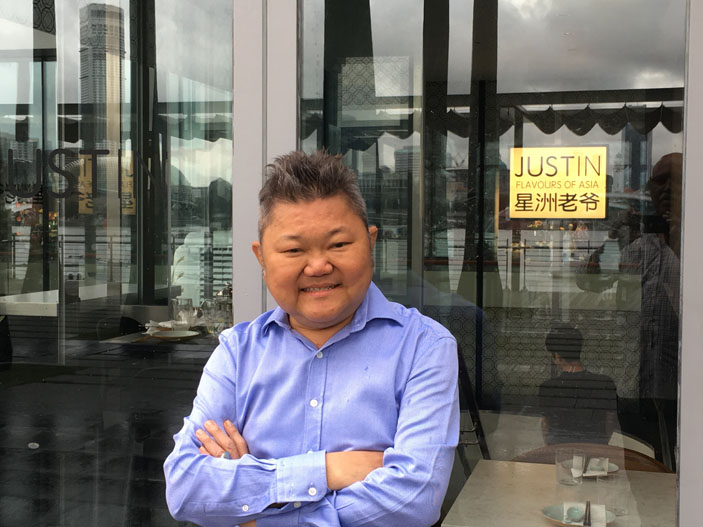 For those in the know, Justin has served up the finest French fare at restaurants here and abroad. He devoted his future to the European craft and came up much the richer for it.

From Les Amis to Sky on 57, Justin has pushed the boundary of Singapore cuisine since its formative years and has also helped his own standing as a man who delivers on taste. 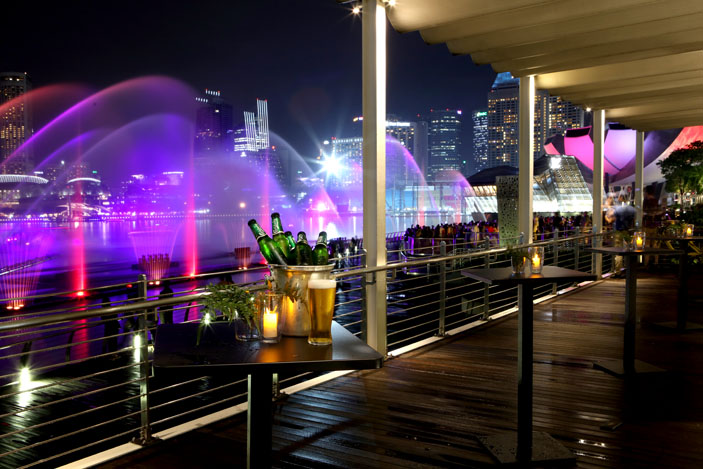 His latest restaurant is a glass box at the foot of MBS, where the world goes by and many a pair of eyes are averted from the view to what’s being served up in the 32-seater restaurant filled with chattering and drinking and dining. 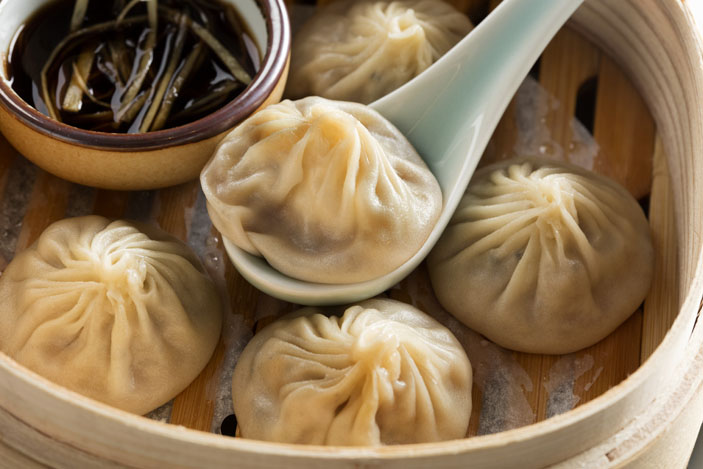 Justin’s famed delicate dumplings with foie gras are on the menu, as is his intoxicating braised beef noodle soup with herbs and sour chilli.

“The beef broth is boiled for hours. There’s no MSG,” Justin says, as he stops between flitting from table to table, greeting regulars from his days at Les Amis and Sky on 57.

“These are old recipes I created. I’ve travelled a lot and my palate has developed. Before I used to eat to live, now I live to eat,” he states.

It’s harking back to his early days growing up, and who knew the young lad would become one of the masters of the local cuisine scene?

Baby Rack Of Lamb — Whip It UP!

How Will Changes In Malaysia Affect Singapore?

But as the dishes are served up, it becomes increasingly apparent that Justin has evolved his skills to an art form. The NZ lamb satay is succulent and juicy, and when dipped into the peanut sauce, delivers an added dimension that sends you into expectations of more varied flavours. 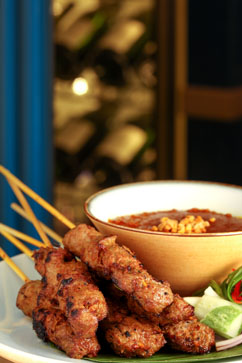 And the ensuing dishes do not disappoint. The lobster Hokkien Mee is outstanding in its flavour, with plump pieces of the crustacean. It’s almost too rich for the blood but is not something you turn away from. So you share in the spoils.

“It’s the grand cru of Hokkien mee,” Justin explains. “The broth is made from pure lobster, no prawns are used.”

Justin who goes to the market daily, feels the food scene is continuously improving. “If you want to make a mark here, you can. It’s easy to get good, affordable food that’s tasty.

“But you have to cook with sincerity and passion.”

Meanwhile, the dishes continue rolling out. The green mango salad is a reminder of the Thai dish, except there’s no prawn paste and ginger flower is a key ingredient. Inspired by the local rojak, Justin added a touch of fish sauce to create a sweet and tarty crunch.

But the unexpected dish was the fish head curry. Not being a big fan of the dish, and having tried several around the island’s curry houses, the 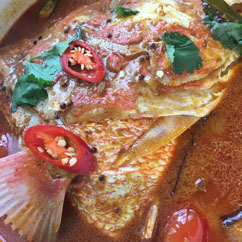 impression they leave is often that of strong flavours intended for effect more than flavour.

At Justin, the aromas are unlocked when the cover to the dish is lifted off, showcasing the fish head in a roiling sea of red curry. Nice on the nose, it’s absolutely delightful on the palate. This is probably one of the best I’ve tasted.

“We use kelong fish — snapper or sea bream — with good spices in a tamarind base,” Justin explains.

Every dish has a wine to accompany it. And Justin, who has built his reputation on his nose, has a well-stocked cellar.

Not every meal is an elaborate affair. There are quick set lunches to be had, and a fast serving can be organised for anyone rushing to catch a play or concert.

“Singaporeans want hot and fast food. So, we opted not to have a bar,” Justin explains his restaurant concept.

On a nice day, the seats are spread outside and the restaurant can handle 90 hungry and thirsty souls. 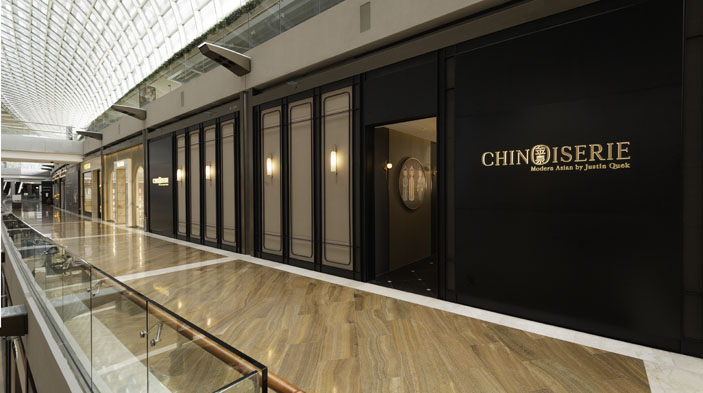 Below JustIN, beyond a facade that could be a boutique or a gallery, is Chinoiserie. Having run fine-dining restaurants, Justin is now looking to Asia for his inspiration and custom.

“Asia is becoming more affluent. China has 300 million people in the middle class. Our crowd is Asian, and I wanted a luxe feel.”

The discreet restaurant seats small numbers and will never be overbooked. The private rooms are meant for convivial gatherings around food and drink with an emphasis on service as much as it is on the quality of the food.