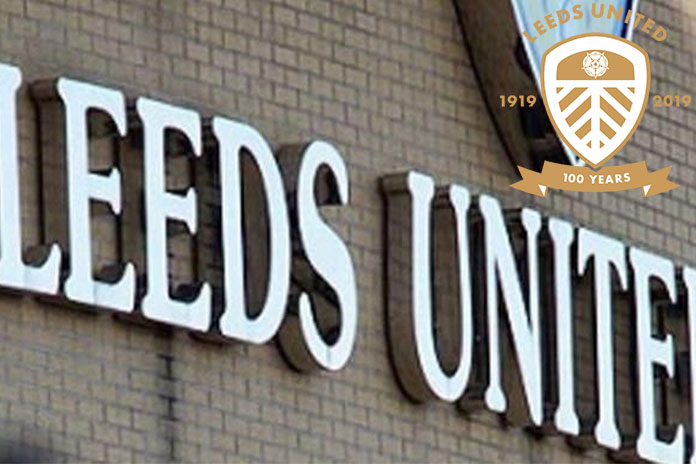 IN THE worst of times, it’s a small mercy to celebrate the best of times.

Against a backdrop of COVID-19 and the recent passing of three of its legends — Norman Hunter, Trevor Cherry and Jack Charlton — Leeds United celebrates a 16-year hiatus from the top-tier of English football.

The Yorkshire club was handed the Championship title when their closest competitors stumbled at the end. Leeds will view that with some empathy, having done the same last season.

Marcelo Bielsa’s side clinched the championship and won promotion to the richest football league with two games to spare, while setting a new club record points tally.

Leeds United fans have watched with disbelief the saga of a club that was riding high hit a downward spiral in dramatic fashion.

During the Don Revie era (1961-1974) Leeds United turned in performances that made them very difficult to play against. The team comprised legendary names like Billy Bremner, Alan Clarke, Peter Lorimer, Norman Hunter and Johnny Giles. This 1967-74 team filled the Elland Road trophy cabinet with a League Cup, FA Cup, Inter Cities Fairs Cups and two league titles in 1969 and 1974.

The last major win for Leeds was the last Division One championship in 1992 before it was renamed the Premier League.

What followed was hard for the fans to watch and a lesson in how not to run a business. “Doing a Leeds” became a cautionary warning in the sporting lexicon about spending beyond your means. The club went bust and was relegated in 2004. Leeds’ financial meltdown saw it sell all of its players and assets, including the stadium academy.

In 2007, under Ken Bates’ ownership, Leeds went into administration, and was relegated to the third tier of English football.

It was a story of destruction in the name of rebuilding under challenging circumstances, with new owner Massimo Cellino going through 7 managers in his three years at the helm. In 2017, current owner Andrea Radrizzani bought a 50% stake in Leeds, and then took over the club.

Radrizzani’s steady hand and business acumen saw the installation of the meticulous-to-a-fault Bielsa in 2018, a move which was important in stabilising the team and bringing out the potential of the players individually and as a team. Bielsa’s track record included an Olympic gold medal for Argentina in 2004, and cup filas for Athletic Bilbao in 2012.

Under his guidance, Leeds nearly made it back in his first season in charge, imploding at the final stages and losing the play-off semi finals. While some performances raised doubts about the team’s ability to win promotion to the Premiership this season, no one anticipated the COVID-19 curve ball.

The shock that Liverpool may not be able to close off their magnificent season — runaway winners of the Premier League — by winning its 17th league championship after a 30-year wait, hogged most of the headlines.

Leeds were perched at the top, but there were still games to play and challengers breathing down their necks.

With the restart of the season to empty stadiums, some filled with cardboard cutouts of fans’ images, Liverpool achieved their goal with 7 games in hand, and without kicking a ball, as distant chasers Manchester City capitulated to Chelsea.

And Bielsa’s Leeds side enjoyed the same fate as both West Bromwich Albion and Brentford, the closest on their heels, stumbled towards the end.

Bielsa, who lives in Wetherby, a quiet market town 20 minutes from the city accepted the victory and the congratulations of some of his neighbours, one who added “You are God”.

For the diehard global Leeds fans, who have travelled through thick and thin for some unknown reason, this will make next season’s football more memorable, as old rivalries can be rekindled and a new generation of supporters and players can be part of Leeds’ continued and colourful history.

The Premier League will see value in having Leeds back in the fold. The fan base is global and that will mean better viewership figures. With the club looking to expand its seating from 35,000 to 50,000 it will mean more opportunities to bring international fans to the stadium. Provided the COVID-19 situation is resolved.

The unshakable following also means that sponsors will see value in reaching out to this audience with products and services tailor made to their Leeds sensibilities. The need to belong is strong in this team, just as it is in the big clubs like Liverpool, Manchester United and Arsenal.

Even if the time spent in the lower leagues was not easy and may sit uncomfortably in the minds of many, it would have taught the Leeds’ management a lot about the conviction of its following. The resilience of their fan support and the ability to bring that to the top flight (and staying there) and eventually challenge for honours, will provide more than just a feel-good environment for the club, the city and its supporters.

And maybe “doing a Leeds” may mean something positive in time to come.

See also  Hang On To Hope