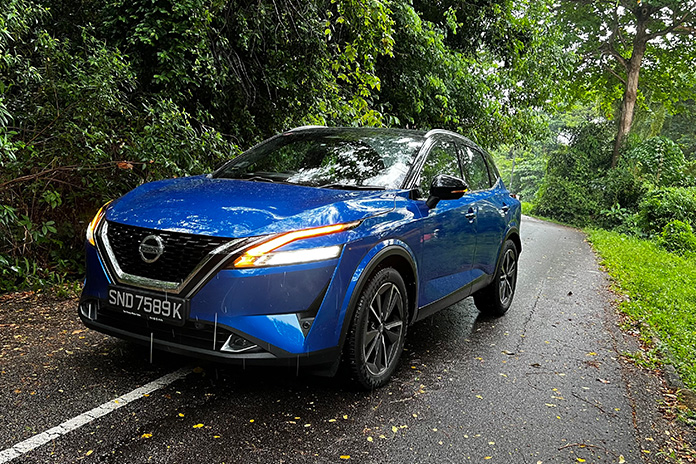 ONE of the challenges faced by the sport utility vehicle (SUV) is that size often has a definite impact on performance.

Many larger SUVs tend to suffer from rocky rides due to their shape and the effect of the laws of physics on the physique of the vehicle.

However, with the SUV being the most popular inventory item for car makers, there will be ongoing efforts to fix the few downsides given the numerous upsides this category of vehicle offers. 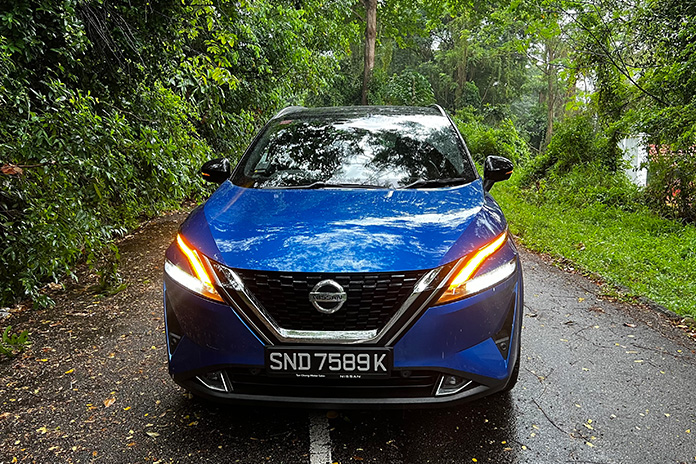 Among the SUVs, the crossover tries to be closest to the sedan. Slightly larger and sitting higher, it allows for a different ride with lots of practical features.

Instead of building the low SUV, Nissan experimented with the tall hatchback, which resulted in more space and greater relevance for families preferring a smaller profile without foregoing functionality.

Since its launch in 2007, the Qashqai has grown its reach, launching in Singapore with its second generation in 2014. The third issue of the Qashqai turns in some sharper design cues and a look that aims to elevate it from the mundane; reflecting its growing confidence in its existence and relevance. 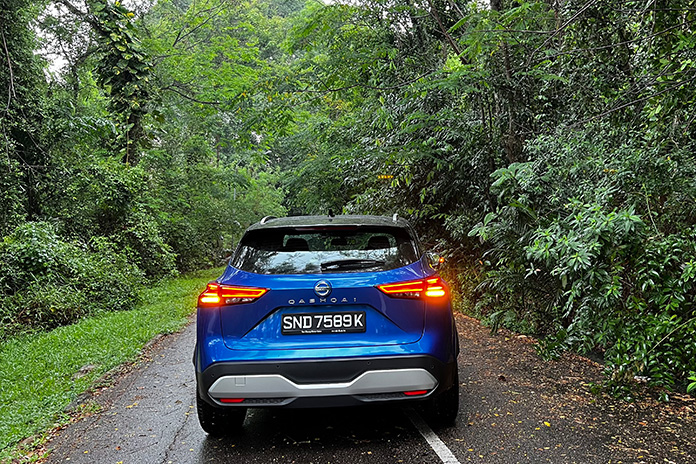 It’s easy on the eye despite its outward size. The new version is bigger than its predecessor, with a longer wheelbase. Despite that, through clever use of materials, it comes in 60kg lighter and enjoys more than 40% structural rigidity.

But it’s still tight for legroom in the rear, but otherwise comfortable enough.

The engine on the latest version is slightly more powerful than its predecessor’s, and the difference shows in how the Qashqai performs. The 1.3-litre mild hybrid turbocharged engine delivers a smooth ride. It’s not too fast, but gets you from 0-100kmh in an easy 9.2 seconds and on to a theoretical top speed of 199kmh. The performance, besides being smoother, is sharp, allowing for more engaging handling. 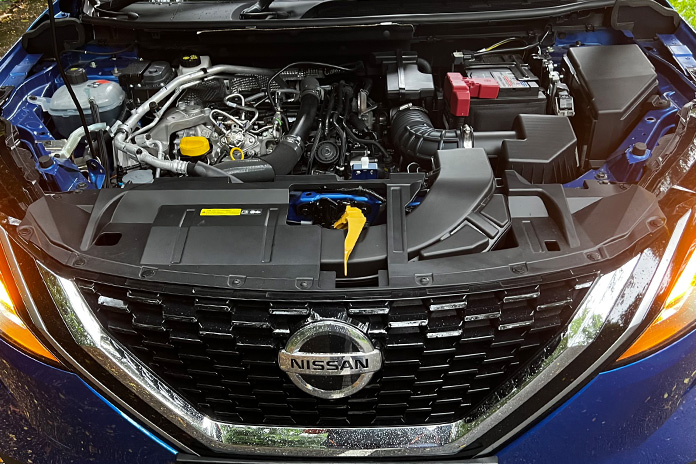 The three driving modes offer some differences, but generally, you’ll be adequately serviced in Normal mode.

You may endure some lethargy in overtaking, but if you hold your nerve, it’ll get the job done.

You could also use the paddle shifts to get into a better gear for overtaking. 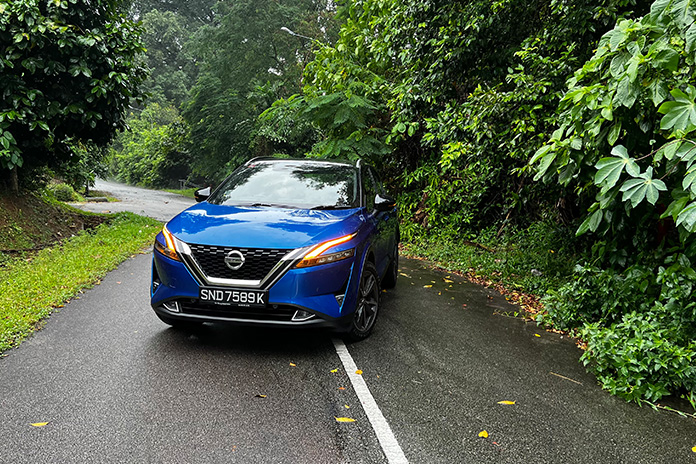 The V front design helps to focus the attention on the grille and its badge, and if there’s still some doubt, the Qashqai name is etched into the front fender. The rear has also been given some aesthetic treatment with slimmer lights and metallic inserts in the bumper. 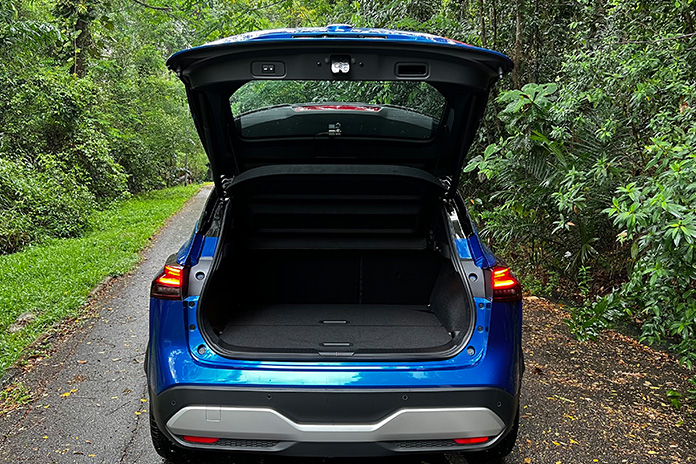 There are two versions of the Qashqai on the market. The Prestige reviewed here is the top of the line at around *$180K and loaded with more kit than the Premium version, which is around $13K lighter on the wallet.

Here are the key differences in favour of the Prestige.

It sits on 19” wheels, has front and rear LED turn indicators and a power tailgate for handsfree opening. Inside, you have an electric seat for the driver. There’s a panoramic glass roof, which can be blocked off by a headliner activated by pressing a button. A 10-speaker BOSE audio system livens up the sound in the cabin, and built-in TomTom navigation provides instructions and warnings. 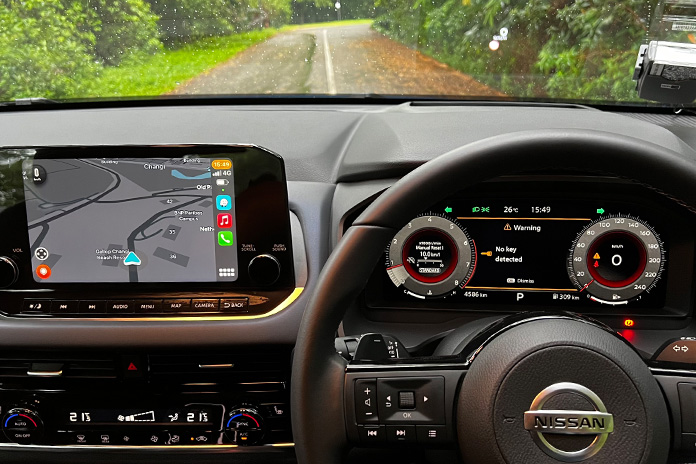 There is the usual array of displays: From a large 10.8” head up display to a 12.3” digital instrument cluster and a 9” NissanConnect infotainment display that, like in many cars, sticks out in the middle of the dashboard. It’s also equipped with a wireless charging tray  in front of the squarish shifter that is easy to grasp, and offers wireless Apple CarPlay connectivity and wired Android Auto. 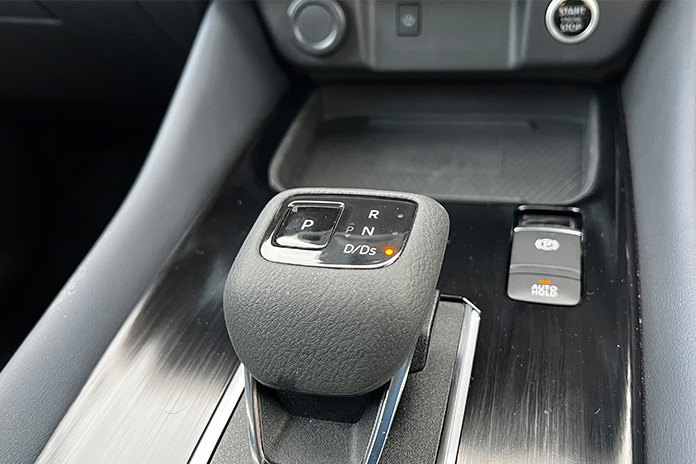 Additional driver safety features on the Prestige include blind spot warning on the wing mirrors, intelligent cruise control to keep a safe distancing from vehicles ahead and rear cross traffic alert which is handy when backing out of a space.

The Prestige variant has an independent multi-link rear suspension, whereas the Premium model has a torsion beam suspension. The former may present some performance benefits when the car is being pushed hard.

For those on the hunt for a good everyday run-around car or something less flashy for those routine runs the Qashqai is a worthy option to consider.