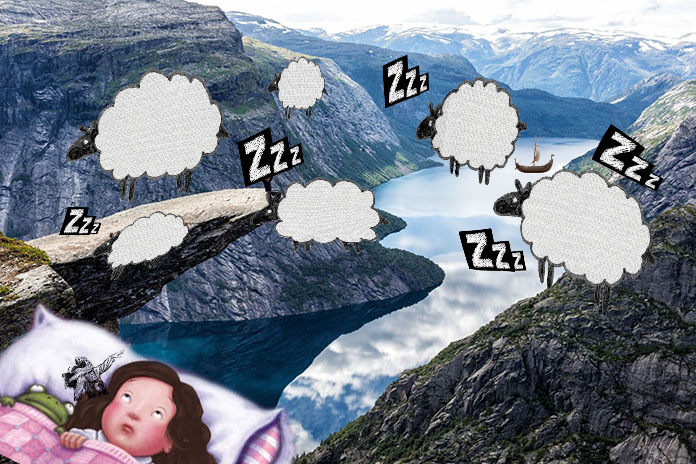 THERE are as many reasons as there are sheep jumping through our minds to not have a decent night’s sleep.

But instead of testing the integrity of the springs in your mattress as you toss and turn, turn to soothing music.

Loads of stuff out there, but I lull myself into a calmer state of subliminal relaxation with Peder.

Peder B. Helland, that is, a Norwegian composer whose music is therapy for the stretched soul.

He’s known by a good amount of million sleepless peeps for his instrumental music released by Soothing Relaxation.

This 25-year-old, who doesn’t march to the bombastic tunes of pop culture, started composing during his teenage years. If you’re looking for flashy music, Helland is not for you.

I find that he speaks to the introverted side of me. I listen to his therapeutic and wordless, tranquil music especially during bed time, often drifting off to a full eight hours of blissful slumber, as the busyness of the city quickly dissipates

I largely find myself not fitting into Singapore where most people make a habit of rushing through the day and success is measured by materialistic rulers.

How many of us take time out to spend some morsel of the week with ourselves?

Nobody can work on my inner being except myself. I don’t ask for the world to be a paradise for quiet people ’cos there are those who like boisterous stimulants. Rather, I stay away as much as I can from toxic pollution and rest in a mind bubble to recharge so that I can then relate better with the rest of the world.

Helland’s music provides a cave that I can bathe in the soft tinkling of piano tunes, evoking images of misty waterfalls and twinkling stars, that keep me company in pure solitude. What I do like is Helland’s rain sounds, Zen soundscapes and beautiful fantasy music designed for solitary pauses from madness.

Am I a hermit? Close, I think.

I enjoy my own company and occasionally my dreams conjure an alternate world where the sky is a kaleidoscope of aesthetic hues sprinkled with flying fish made amazing by their elfish features. I don’t like cars (preferring teleportation) and I don’t gravitate towards anything loud, in the verbal sense, nor parades of fashionable logos.

“When a comment section is more effective than therapy!”

MaysoonMusic wrote this sometime back on YouTube and I find myself uplifted scrolling through the positive vibes of a platoon of like-minded calming souls. Helland’s re-imagination of a peaceful enclave isn’t too commercialised which is fittingly palatable lest mainstream business packaging destroy the only utopia I can find that is as pure as a newborn baby.

May you find some time to park in a space where gentleness envelops your inner kingdom too. You might find tranquillity soothing to your soul.