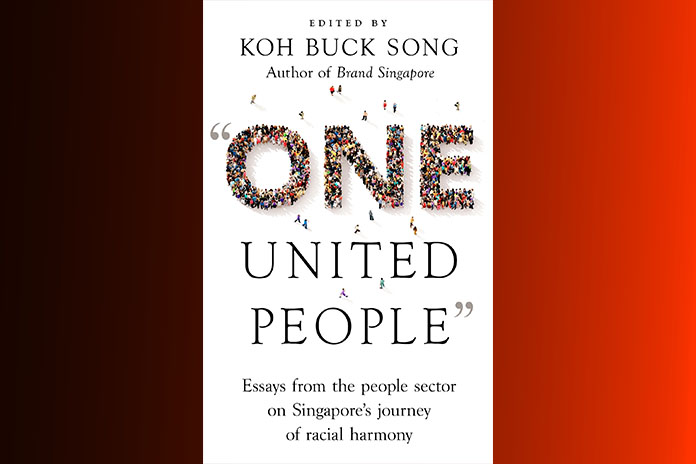 AN extract from my essay, Look Beyond Colour, for One United People, a book on racial harmony.

Arriving on many boats, for a new life together

For a nation that gained independence in 1965, Singapore has changed dramatically in the ensuing years; physically, for sure, as evidenced in the sparkling skyline, but as well emotionally, as a nation striving to cope with the constant push to be a lead actor in the regional stage with aspirations to make it to the global platform.

To achieve all that it has, the citizens had to come together, work together and live together.

Not an easy feat, given the different directions the immigrant boats sailed in from, carrying people of various races and ethnicities, customs, traditions, thinking and expectations. And they got off the boats to take on a range of different vocations that would – each, in its own big or small way – help to build the country.

While their backgrounds may have been different, the common element of being a foreigner trying to make a new home in a strange land among such a variety of people was a common thread of opportunity and adventure for the new settlers trying to carve their place on this sunny tropical island.

My parents were on such a boat, arriving from Kerala, South India, in the early 1950s. From a large, coastal land mass and a settled way of life, they found themselves on a small island heaving with changes. They could fall back on the company of Malayali families from Kerala, but since they were fluent in English, they found it easy to interact with members of other communities and cultures in their new home.

I was born in Singapore, and I had no say in the matter. I had no say in anything at the start, such as where I was to be born and when I would open my eyes to life on this planet. I also had no say about the race I would be born as.

As these key aspects of my arrival on the planet were well and truly out of my hands, I have accepted them as a given. I can’t change these things.

I’ve been fortunate to live in a country that has seen relative peace for many decades since its independence. It’s allowed me to progress at my own pace, without forcing restrictions or requirements upon me, other than National Service when boys in their late teens disrupted their studies to serve the country.

My parents were open-minded about their expectations when they sailed out to Singapore. They wanted a new start and while there were friends and some relatives from India here, they were not the sort to cling to the old ways to preserve heritage and culture. They appreciated what their country of birth offered, but they were also curious to discover what the new melting pot of people had to offer.

Our neighbours hailed from various races and communities, held different beliefs, and we interacted with all of them. We appreciated what their cultures had to offer, from the music to the literature and, of course, the delicious food, the quickest way to connect!

My upbringing was centred on activities involving the library, sports fields and the arts. That opened up connections with an even wider array of friends and interests.

We would play football, a rag-tag group of boys in the neighbourhood with varying skills, on a perilous slope, a raucous bunch who would keep chasing for goal till the sun set and you could barely make out the ball. We seem nowadays to have lost that opportunity to have regular pick-up games. Now, everything follows a more formal process and it’s about who has the means to book a court or a field, which makes it difficult for everyone, regardless of standing and means, to join in.

While my parents’ generation of pioneering nation-builders were still finding their way around a mixed community, they managed to build a foundation upon which their children could continue that process. Public housing, infrastructure projects and long-term plans were underway, and their toil and sacrifice paved the way for future generations. The beginnings of multiracial living were already evident then; a result of a greater need.

My parents didn’t try and ram culture or religion down my throat. I was allowed to explore my interests and indulge many of my curiosities. I was enrolled in a Catholic school for the education it offered, not because that was my religious belief. My classmates in St Joseph’s Institution turned out to be a mixed bunch from many walks of life and holding different religious beliefs and worldviews. Many have settled overseas in an array of industries, but we are still in contact thanks to technology, but, more importantly, because of the shared desire to stay connected.

As an Indian, I am in the minority in Singapore. The Chinese community dominates the population ratio, followed by the Malays, then Indians and the grouping of races that fall into the vague, catch-all category of “Others”.

I’ve always looked at this as a convenience for the system. The world likes to pigeonhole things. Makes for easier filing and data entry. It’s only relevant at home, because once you’re out on the road, you tend to shed your racial distinctiveness, opting to be “Singaporean” and flashing that red passport.

That sense of identity seems to be lost at home for some reason, where many fall back into racial differentiation, educational institutions, companies or industries.

The ”major drama” of interracial marriage

Marrying out of one’s race used to be, and probably still is, perhaps to a lesser extent, a major drama, whether it’s for religious, status or racial reasons. Once you put people together, you’re going to find new partnerships forming.

Marrying out of my race was never an issue for me, and posed no problems because neither one of us bothered about race; and as long as we both didn’t have to compromise unduly, it was just fine. Finding the right person was more important. Not being influenced by other parties probably helped reduce unnecessary churning and annoyance.

Sometimes, knowing your own mind and having a thick enough skin helps to get past prejudices and unwarranted expectations. Back in the day, the difference — my wife is Chinese — would draw a lot of looks, but we would just ignore it. Over time, intermarriages have become more common and more readily accepted.

My generation grew up mixing easily and finding the positives in most things that were shaping a young nation. There was a sense of wonder at skyscrapers and malls, and the ongoing physical changes taking place.

The next generation had access to a much easier life, but many were struggling with an education system that was more about performance and good grades, to be relevant to the needs of a rapidly changing world. They were thrown into a cauldron of high-intensity tuition and self-enrichment classes. Forced by parents to achieve top grades and qualify for good schools, they were probably robbed of opportunities to grow up and interact with other children. Their best friend was probably the computer.

I was surprised when one of the interns at my office commented that she was enjoying her first roti prata ever, during a welcome lunch. Her diet had consisted predominantly of Chinese food and pasta dishes.

I asked her why she hadn’t tried any of the other cuisines in a food paradise like Singapore. She explained that her close friends were all Chinese. She did say she had fellow students of other races in her cohort, but she didn’t know them well. She said she wanted to get good grades and a good job, so that would be her focus.

Fault lines exist in every society. While managing homogeneous societies may be viewed as less complex with fewer variables in the equation, human nature seems to be such that there will always be ways to find sub-divisions and points of differentiation. Besides, hierarchies inevitably form within society to create the required tension to preserve political dominance.

In some countries, a dominant race will assert itself — apartheid in South Africa or the bumiputera policy in Malaysia are examples. If you withhold knowledge and reduce opportunities for one or more groups of people, you’ll only have a disenfranchised and stratified society that will fight against the system rather than fight alongside it.

In a multiracial society, you have the different races and religions that add their unique spices to the mix. Singapore has opted for the course of equality amongst the races as its driving force towards onward progress. It’s stated in the National Pledge — “one united people, regardless of race, language or religion, to build a democratic society, based on justice and equality”. Words to live by, and generally an aspiration that has been realised to some extent.

This is an excerpt of my essay Look Beyond Colour, one of 23 articles on racial harmony in One United People (Marshall Cavendish), which is available in bookstores.[/vc_column_text][/vc_column][/vc_row]