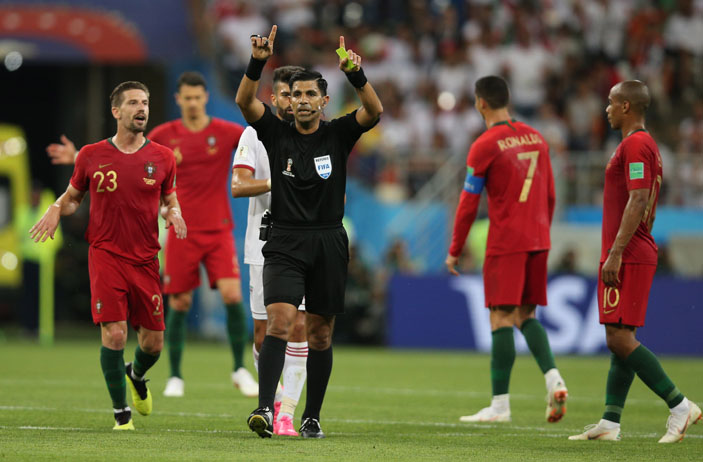 A CLEAR winner in the unfolding World Cup in Russia is working its magic off the field of play.

The Virtual Assistant Referee (VAR) has heightened the sense of drama in matches, adding to the tension and anticipation, all in the quest for truth and justice. It’s the new superhero of football.

VAR has received mixed reactions, but like almost everything in the world these days, it’s a disruption that is inevitable. It is helping to keep the sport relevant and ensure transparency in a world game mired in negative sentiment towards its troubled administration.

The ref’s decision is still final, but with VAR, it’s less of a knee-jerk reaction based on a fleeting glance on the run, with the assistance of a linesman huffing and puffing along half the length of the pitch.

VAR, instead helps to deliver a more accurate decision built on evidence gathered from live footage streamed to another location.

Referees at the international standard are trained very well, making 95% correct decisions without VAR. With VAR, it goes up to an impressive 99.3%.

Will it just be a matter of time before machine learning kicks in and artificial intelligence blows the whistle?

Just think, with VAR there would not have been Diego Maradona’s infamous hand of god goal against England in the 1986 World Cup which helped the South Americans to their second trophy.

But without VAR the first goal South Korea scored against Germany — famously sending them to the foot of the table and out of the tournament in the group stage — would have been ruled offside since the linesman had his flag up.

VAR brought a sense of fair play to the World Cup. Some would argue it’s sanitising the game, but, frankly, it’s just dragging the game – kicking and writhing like Brazil’s Neymar after a gentle nudge – into the 21st century.

It’s also brought a lot of goals and penalties to the sport. A record 20 in the group stages; seven of them as a result of VAR intervention.

VAR is an intervention that Denmark’s Christian Eriksen says is “too correct”.

VAR has also heightened the sense of drama as the referee halts proceedings, makes his way to the screened off area to consult with the television monitor before drawing his air rectangle and making his final proclamation about the incident.

On the bright side, now there’s an opportunity for another round of celebrations after scoring a goal. An initial display of exuberance followed by a quick check to see if the Ref is distracted by whispers in his ear, and if it’s all good, celebrate in earnest.