Do we love art, or do we love the money in art? By Basia Chow

There are, have been, and will occur, significant art transactions which take place worldwide. The leading European art fair, TEFAF Art Market Report, documented record-high revenues from art sales to the sum of Euro 51 billion in 2014.

And Singapore has jumped onto this seemingly lucrative bandwagon. With arts centres, museums and galleries popping up all over the city, the Republic’s art scene has grown exponentially in the decade from 2003, almost doubling in value to $1.6 billion. While enjoying the newly minted status of a “regional hub for Southeast Asian art”, Singapore also has to shoulder the responsibilities accordingly.

According to Alan Koh, Fair Director of the Affordable Art Fair (AAF) Singapore, it appears that many in the East who participate in the art industry tend to be driven by more incentivized purposes than their Western counterparts.

But while some may turn up their noses at such profit-driven mentality, Jeremy Sharma, a practicing artist and lecturer at Lasalle College Of The Arts takes the realist’s view that their motivations don’t matter in the grand scheme of things. “The ecosystem of institutions need to gain to make profit — it’s an interdependent system. We need to generate these sales to keep our industry running.” But despite his acceptance of these practical realities, Sharma emphasises that “artists cannot create art for profit”. 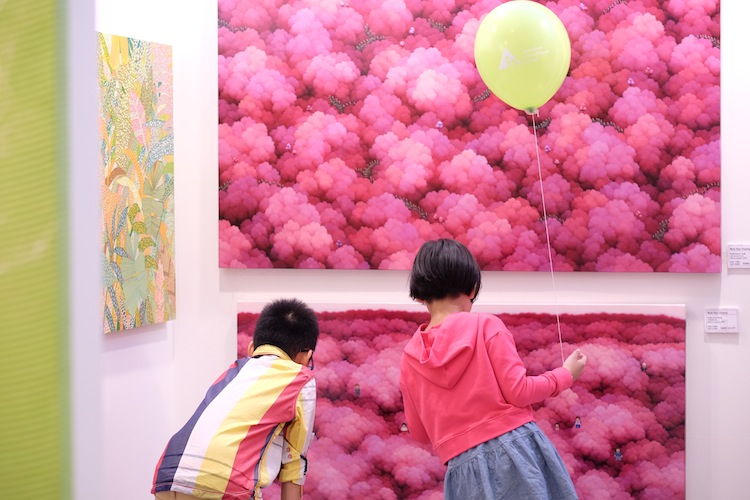 “I would question whether art can ever be seen as pure investment, separate from the values and meanings that it carries,” he insists. Koh believes that the core of an artwork is the embodiment of an artist’s artistic direction, to which the public establishes a highly personal response. This uniquely emotional aspect of art is what differentiates the art market from other economic sectors. One thing is evident, though — people are becoming increasingly invested in the local arts scene, both emotionally and economically.

What is notable is that these expenditures don’t just come from the elite who have greater spending power, but from the middle-class as well. “We’re very affluent,” notes Daniel Teo, private collector and founder of The Private Museum, and who has a long association with art and galleries in Singapore. “We have a melting pot of diverse cultures, and collectors can come out of nowhere,” he adds.

Will the arts scene and its system continue to be robust in establishing its future? Read the full story in STORM V27, available at Allscript, MPH, and Kinokuniya.

Time To Dip Your Toes Into Crypto