Building the Montblanc brand is like participating in a triathlon, reckons its CEO Jérôme Lambert. The brand has aims to establish itself as a global leader for men’s accessories, but has to contend with shifts in business and behaviour. By Kannan Chandran

Famed for its white star motif, Montblanc wrote itself into the luxury history books with writing instruments that became status symbols of those seeking affiliation with the rise of consumerism culture.

Riding on the new wave of capitalism and ever alert to opportunities popping up in former closed off countries like Russia, India and China, the German brand, which is part of the second-largest global luxury brand group, Richemont, spread its reach. Under previous CEO, Lutz Bethge, the brand expanded its scope beyond writing instruments by venturing into leather products and introducing its line of watches.

In pushing the boundaries further, Montblanc sought further credibility as a watchmaker by smartly acquiring, in 2006, one of the purest examples of Swiss watchmaking, the Villeret manufacture, which used to produce small quantities of movements under the Minerva brand. 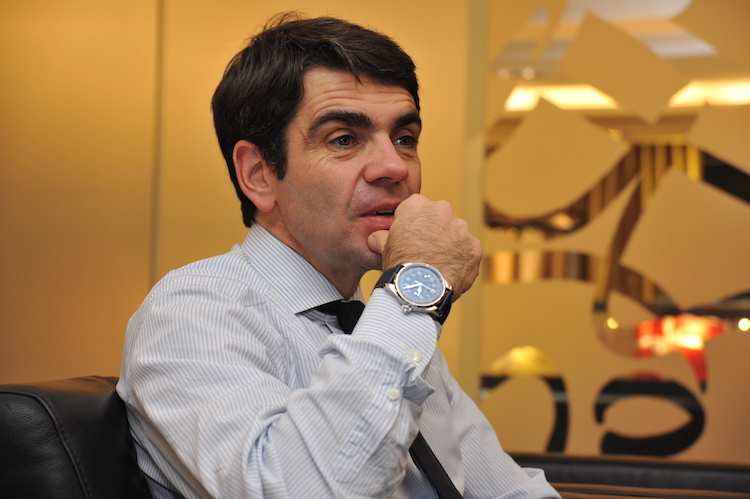 Jérôme Lambert stepped in as CEO for Montblanc in 2013. A financial man, he built his reputation for astute brand development in other long-established watch companies, A. Lange & Söhne and Jaeger-LeCoultre.
In the two years helming Montblanc, Lambert has honed the business direction of the brand.

“The vision of the brand is to keep the buzz of creativity and innovation,” the Frenchman says in rapid, heavily accented English.