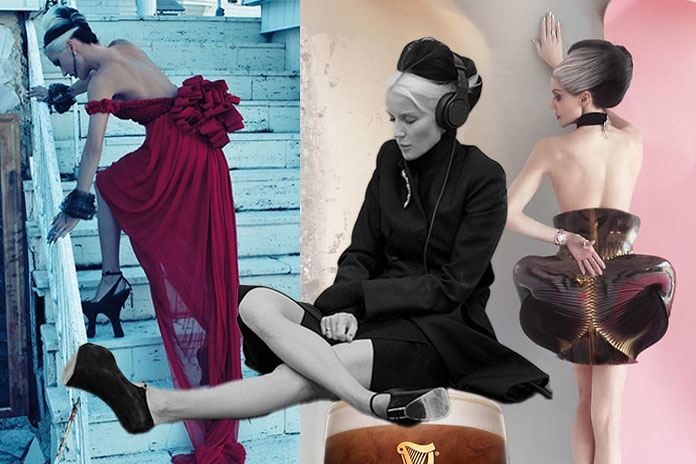 I chanced upon this Youtube comment in one of Daphne Guinness’ music vids. I’m guessing this person followed her account on TikTok which has a cult following past 80K and got hooked, attracted to this 53-year-old magnet.

Guinness’ last name gives you a head’s up that she’s an heiress to the famous black beer with the white head of foam that stout lovers swear by. But this aristocrat prefers tequila.

I woke up at 3am to write this when I usually sleep like a log ‘cos Guinness is the closest I can find to a person who is good at just being herself.

ALSO WATCH: Hopeful People Will Change For The Better

Revelation. I’ve tried too hard in the past, ugh…self-realisation severely lacking.

So here I am self emptying and filling up on borrowed authenticity. 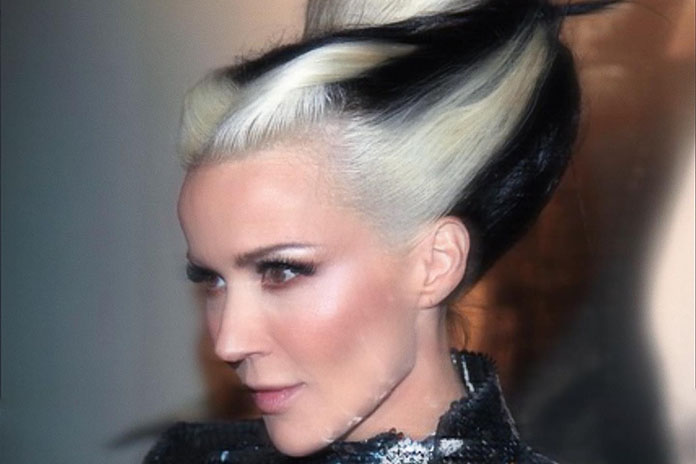 I like that she goes about knowing that she owes no one an explanation for an English socialite, eclectic fashion icon, fashion designer and a host of other gigs. Her bleached-and-black hair swept back framing her chiselled face spells G-O-D-D-E-S-S. What makes it work is that she carries it off effortlessly and sticks to only one distinctive style while there were the days when women all over the world copied the Lady Di ’do.

Guinness is a woman who knows what’s ‘her’ and succeeds at it by exuding empathy from the neck up.

ALSO READ: Art On The Back Of A Turtle

Her signature shoes blend consciously into her feminine persona much like a two-legged horse as opposed to conformist society. She’s the swashbuckler to first debut Alexander McQueen’s 12-inch Armadillo shoes back in 2009. She also trots comfortably in Noritaka Tatehana’s heelless shoes and flips absurdity over into a class act.

It’s how she pieces everything together according to her mood that makes Lady Gaga look like a wannabe next to her. From sporting a tribal neck ring to her eccentric finger accessories right down to her haute couture collection acquired from fashion giants, her second skin is an extension of her chill sexuality. 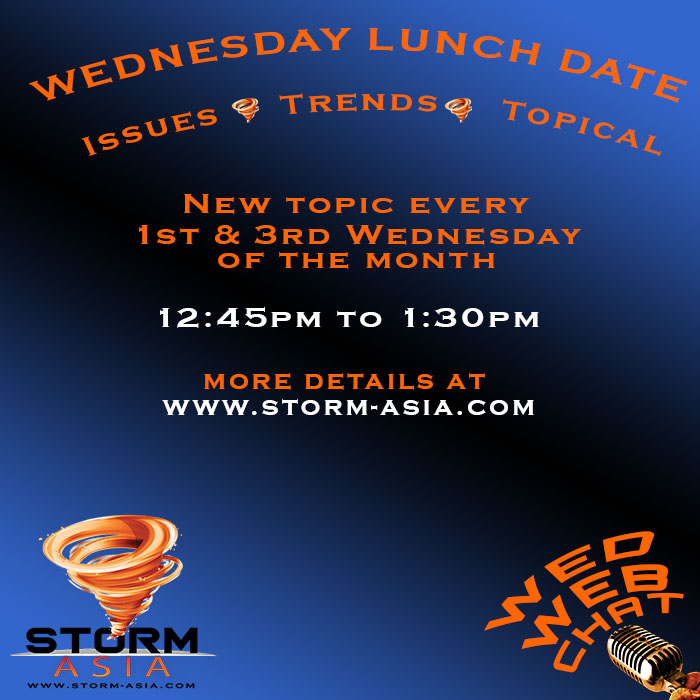 Circa 2011, the Museum at Fashion Institute of Technology (FIT) did an exhibition on her superlative taste in avant-garde things.

Quips Guinness: “In fashion, there are so many gangs, if you identify too much with one, you get caught — I would lose my freedom.”

Daphne Guinness is GOAT and Jackie O’s not my thing (too proper). Neither is Audrey Hepburn (I don’t fit in a box).

Catch a glimpse of Guinness’ unmistakable vibes in the various videos such as Who Is Daphne Guinness?

Daphne Guinness is hope for those carving out their special identity. Good juju.