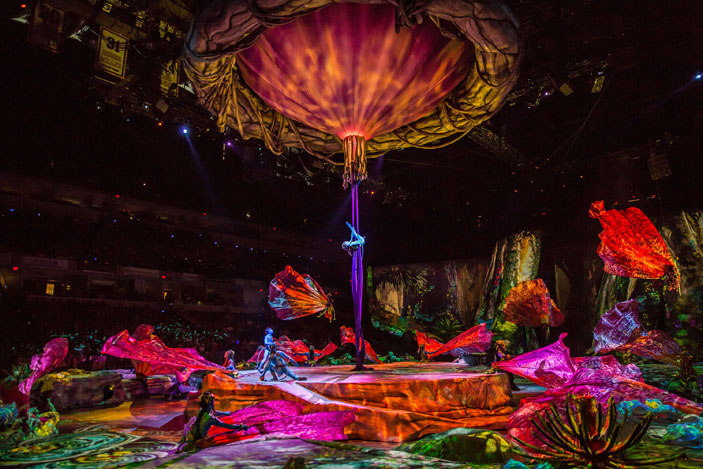 THE MAGIC of a Cirque du Soleil performance lies in the visual spectacle that unfolds on stage and envelopes you with music, motion and emotion.

It’s less about a storyline — if there is one — and more about moments of brilliance that remain with you for quite a while. It could be an absorbing display of athleticism or a melodic refrain, but Cirque is able, in many of its shows since its formation in the 1980s, to have that special moment that lodges in your memory for future recall. 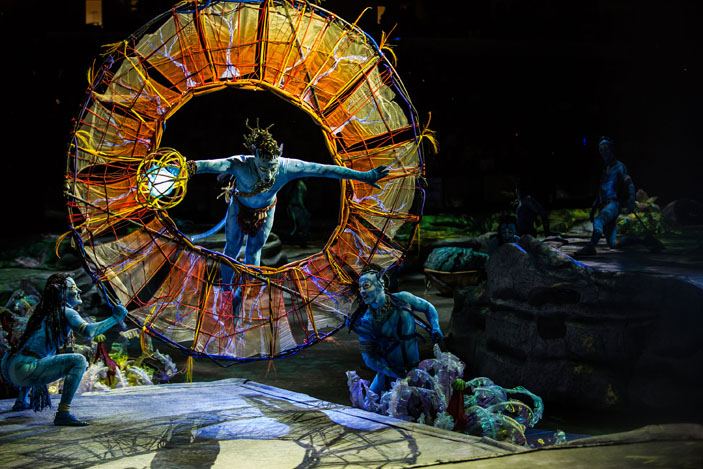 James Cameron’s Avatar has similar elements that have stuck with viewers since the film’s launch in 2009. The blue-hued Na’vi and the spectacular cinematography and special effects created a world that held the viewer’s attention for just shy of three hours, and is still the world’s highest grossing film, at $2.8 billion (Cameron’s Titanic occupies the number 2 spot.).

With the Avatar sequels expected in from 2020, a bridging show by Cirque seemed like a good idea. Toruk The First Flight debuted at the end of 2015 and besides providing insight into what Cameron has to offer down the line, it lends itself to some of the Cirque branding that will help connect with audiences. Toruk’s rubber-and-steel set has been on the move globally, reminding people about the Na’vi and continuing to build the story. 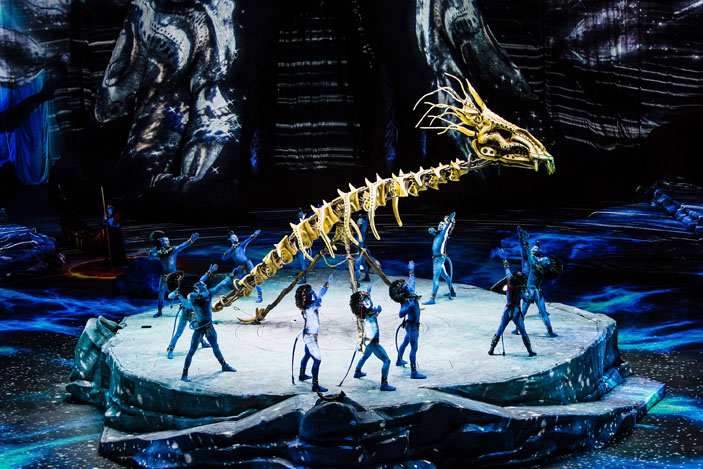 One would have thought that transferring Avatar to the live environment would displace a lot of the magic that special effects delivered.

But Cirque has injected its own brand of magic into Toruk, the events of which predates Avatar. And it’s made use of modern technology to involve the audience via the use of an app.

The presence of a storyline and a running commentary in English runs contrary to the usual Cirque formula, and to some extent take away from the overall experience.

The outstanding use of large-scale lighting effects to transform the terrain and set up various scenes allowing the cast of characters to run, tumble and dive about the large floor of the Indoor Stadium is still one of Cirque’s core appeals. 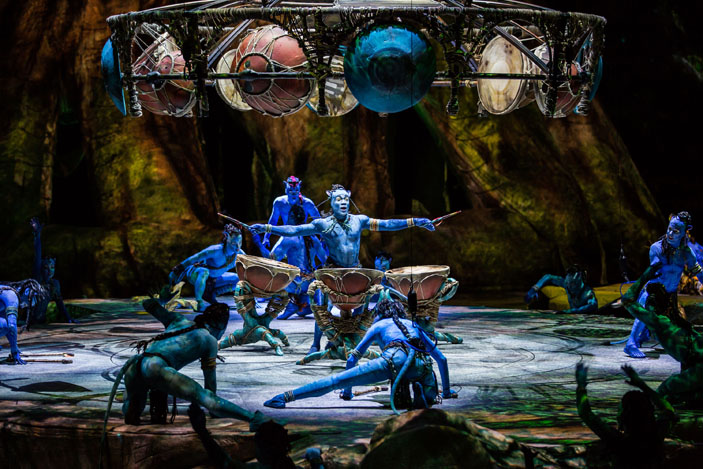 The family entertainment spills well into the realms of the fantastic, so you can suspend disbelief and be drawn into the sense of occasion. The production is well-greased and runs smoothly and keeps you entertained in the here and now.

However, the storyline is banal, simplistic and gappy, making it almost inconsequential. But it does serve as a tenuous thread between scenes as the protagonists — two strapping lads in their teens and their feisty gal pal — set off on their quest to save the Na’vi.

Set to rousing music and with constantly-moving cast and puppets, they keep the audience suitably engaged. 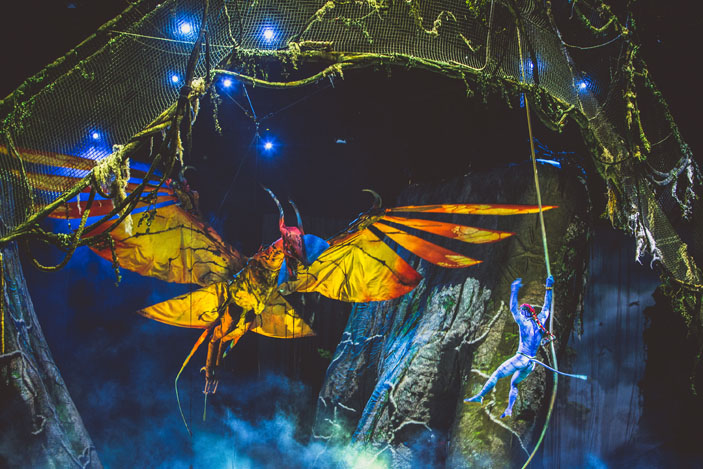 There’s a prophecy and tasks to be accomplished, including surviving earthquakes, fire, water, rival tribes and strange animals in a race against time to save the Tree Of Souls by flying on the back of the leonopteryx, a neat orange “flying” puppet.

To fit all that into a two-hour show (with a 25-minute interval) is a tall order. And it shows. 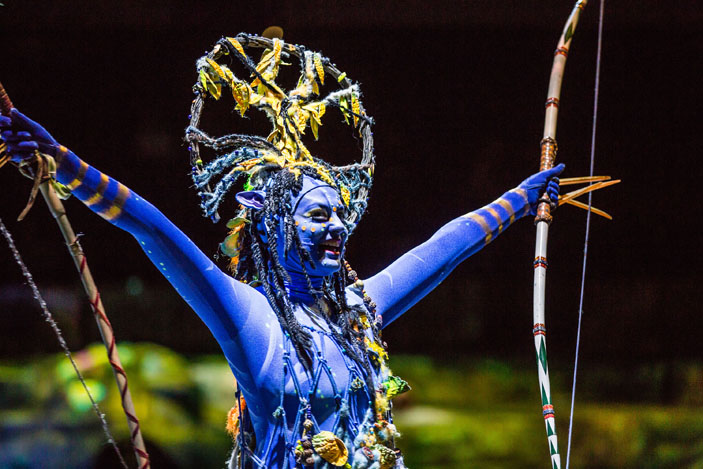 Despite all the colour and sound, there’s little to follow you home or to remain in your memory as a lasting memento of the moment. You can’t fault the visual spectacle, but a deeper story would possibly have helped.

Toruk is playing at the Singapore Indoor Stadium until June 3. Tickets priced from $98 to $188. Visit https://www.sportshub.com.sg/event-detail/240 for information.

See also  Moving Too Fast To Be Moved