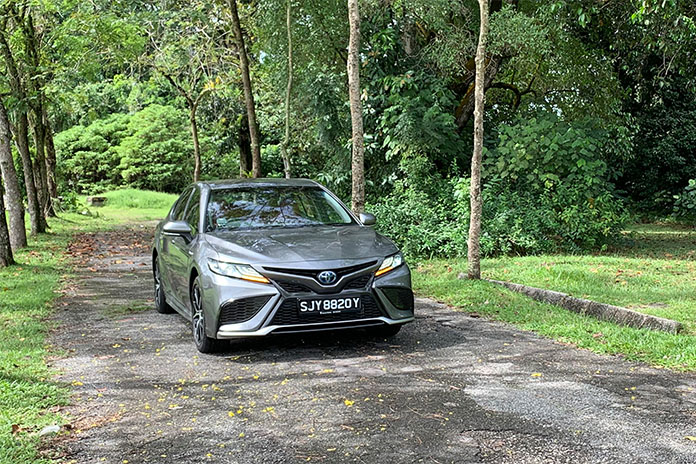 TOYOTA knows a thing or two about hybrid cars and electrification.

It is the Toyota Prius which gave hybrid electric vehicles a significant point of reference in 1997.

It made an immediate impact on the green and sustainable crowd, selling in volume, even if it was pretty dull in the looks department and had scant excitement value.

But with the hindsight of all that development and the foresight to reduce CO2 emissions by 2025 with a full line up of EVs, Toyota has galloped its longstanding models along. 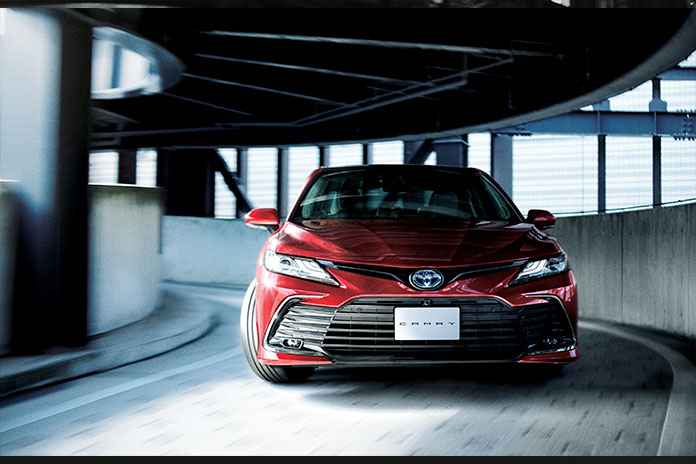 That doesn’t mean you’re going to wind up with a wimpy engine and a vapid drive.

The eighth generation Camry comes in with a 2.5-litre self-charging hybrid powertrain which pumps out 155kW of power and accelerates from 0-100kmh in 8.5 seconds.

It’s not a phenomenal performer, but the comfortable surge of power is delivered without any audible strain. The well-insulated cabin keeps a fair amount of the noise out, allowing you to enjoy a quieter journey.

And, as is expected of most cars these days, it comes loaded with Toyota Safety Sense, which offers various safety features to alert you to potential dangers and keep the car out of harm’s way. But your best bet is still to stay alert while behind the wheel. 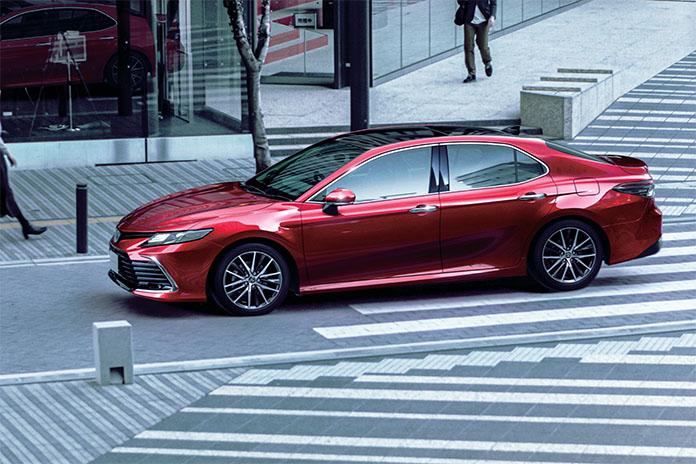 ALSO READ: How Deep Is The Talent Pool?

The external design of the Camry has taken on a more contemporary styling cue. A result of Toyota’s New Global Architecture design and engineering philosophy, the lines are sharper, and in keeping with the brand’s desire for grand gestures, its front is a convergence of lines and shapes, creating an aggressive mien that isn’t quite in sync with the car’s’ character.

But if role playing is what it’s about, then it does a pretty good job, especially against the competitors in this *$160K—175K price range, depending on the trim. 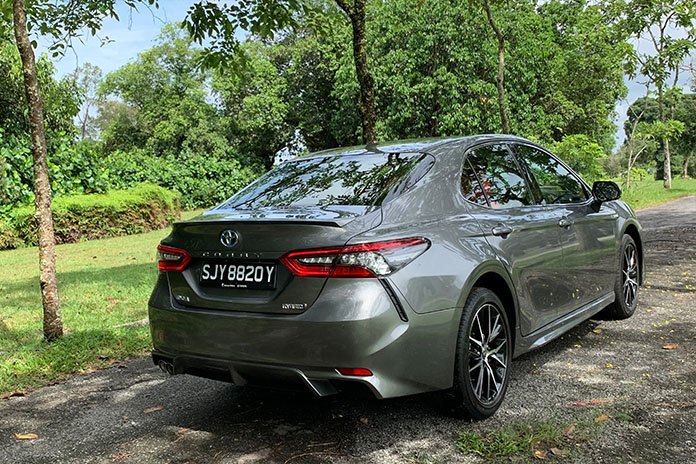 The side profile is stretched out and looks sleeker, while the slimmer back is a move away from the brand’s safe and frumpy design of the past, and would probably appeal to a younger audience.

ALSO READ: The Big Battle With The Big C

The set up for the interior turns the clock back a bit. The red leather in the test drive car is blindingly bright and look-at-me bold, perhaps in step with the external motif. But that lack of subtlety is contrasted by a retro feel about the dials and displays. 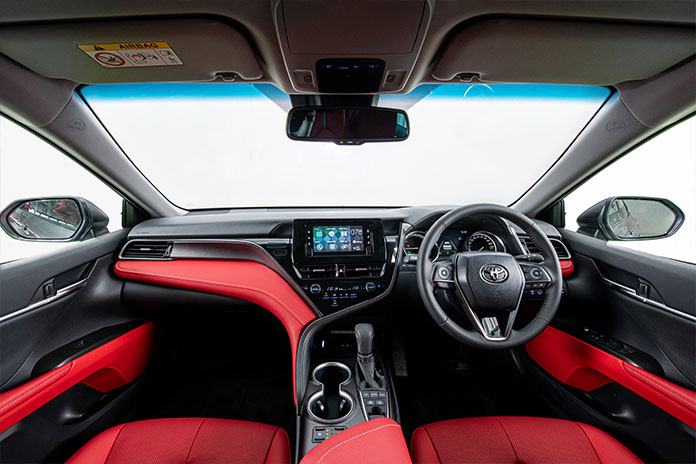 A small touchscreen is probably cost-effective, but looks a bit lost, set in the busy dashboard. The dials are confined to old-fashioned visuals, as if hopeful that it will come back into fashion again.

What would be helpful would be information delivered in a larger font, and possibly colour-coded. The three drive modes appear as small words on the display, which, until you’re familiar with the layout, take some hunting.

Connectivity is as expected, with wired Apple CarPlay and Android Auto, and with a wireless charger to keep your device juiced and ready to pump out the music, which, the sound system labours to deliver. 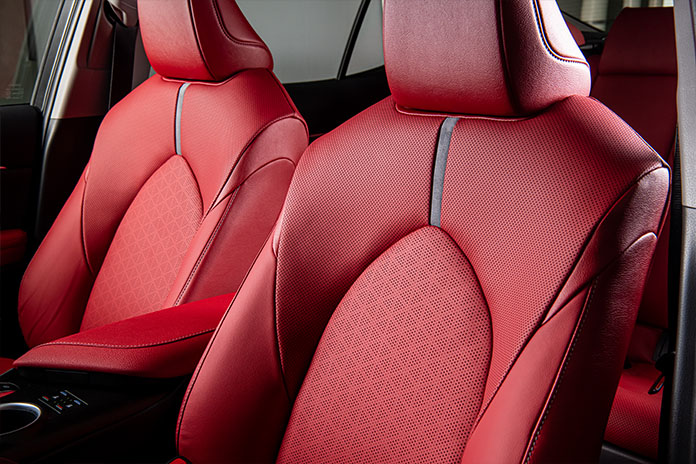 But seated on those red seats with the ventilation keeping you cool, you can enjoy a ride that offers predictability and the reliability that Toyotas are known for.

Maybe by the ninth iteration the interior design sense would have caught up with the external styling.