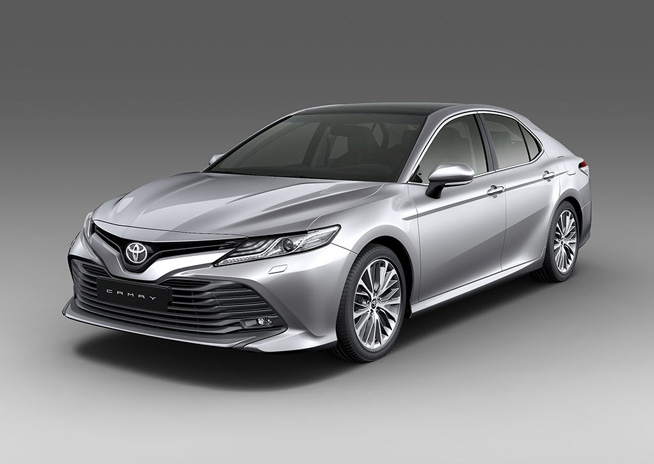 IT BECOMES increasingly challenging to build on a success over generations.

Into its 8th generation, the Toyota Camry carries a heavy burden on its shoulders. Much has changed in the auto industry in that time with the rise of SUVs and the dawn of mass produced electric vehicles.

The Camry name has represented a steady journey along an uneventful road. It’s been reliable and has built up its creature comforts and safety features over the generations, since its launch in 1982.

The name is derived from the Japanese word for “crown”, a tradition the brand has held for the names of its primary models. The Toyota line up of the Crown, Corona, Tiara and Corolla being examples of this regal nomenclature. 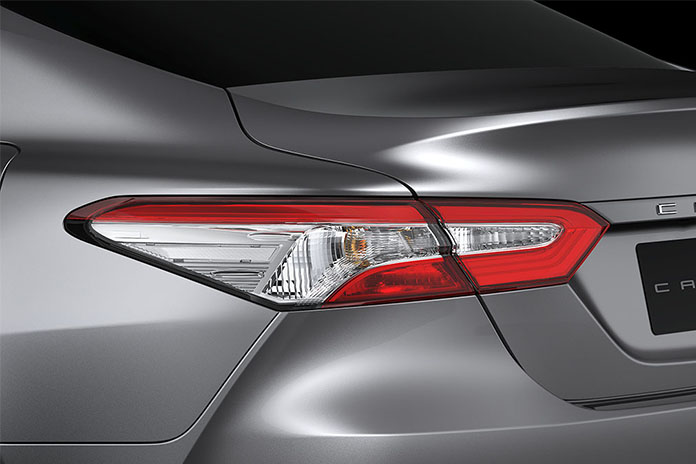 The current Camry has comfortably settled into the executive sedan sector, serving as a family car for the conservative minded. It presents few surprises and opts to deliver in measured doses so that predictability prevails.

In this current climate of disruptions and uncertainty, you’d think the Camry’s steady persona is what’s needed. But in a few generations, would it still be relevant, when autonomous cars and the sharing economy kick in in a big way?

For now, though, the Camry has modified its presence, delivering a sleeker car with an aggressive, almost histrionic bumper that promises an uptick in the offering. It sits lower and is more tapered with stylish lines and folds that work hard to stir an emotional response in whoever is looking at it. 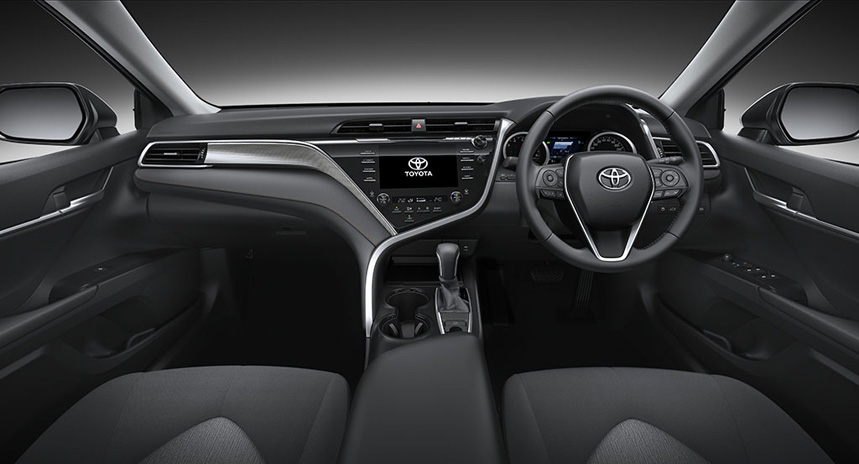 Camry Offers No Surprises Inside

Pile into the car and you are met with a design concept called “sensual-smart” confidence. What that means is anyone’s guess, and open to interpretation and ridicule in equal measures. Suffice to say, it’s comfortable, with a pleasing flowing line in the dashboard, and presents creature comforts that are to be expected from an executive vehicle.

But it’s not entirely comprehensive in that regard. There is no wireless charging available for mobile devices, and if you drive anything too complex through the sound system, the bass shows up its flaws. So, muzak it must be, then, in keeping with the Camry’s personality. And for all its attempt at sleekness, you can’t help but wonder why there’s an old-fashioned digital clock on the dash, when the time can be read on the centre display. 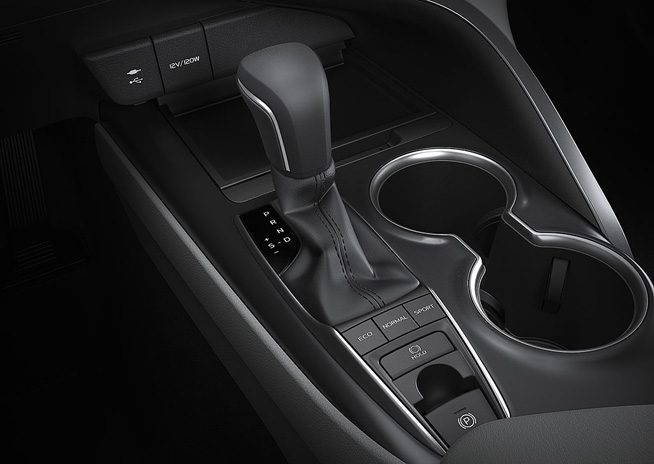 The new 2.4L inline 4-cylinder dynamic force engine is geared towards fuel efficiency and environmental performance. The power is there, though not in abundance, and certainly sounds in disproportion to performance. The new 8-speed automatic transmission allows for the skimping on fuel while delivering a smooth ride. 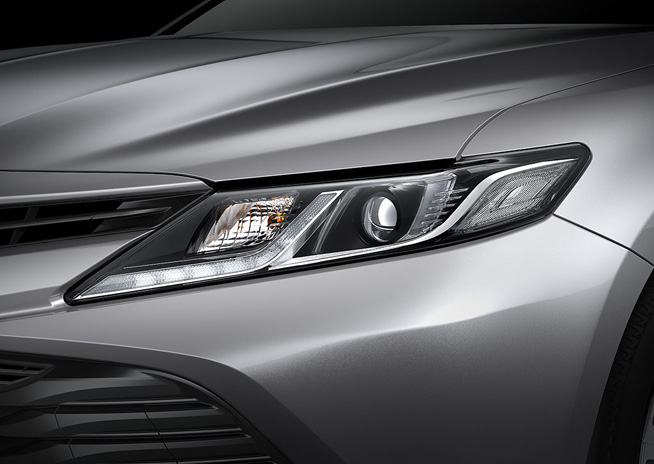 The drive is unremarkable, which is what most drivers want out of a car, and is good preparation for Level 5 autonomous driving which is down the road. You could easily switch your attention to a good book or video. But not quite yet, though the Camry will help prevent anything untoward with its pre-collission system and lane departure alert which will nudge the car within the road markings.

If the future is less about the journey and more about transportation, the Camry was probably way ahead of the competition. 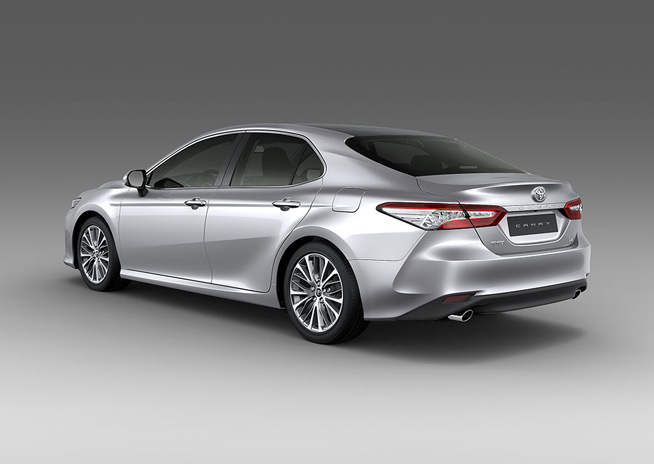