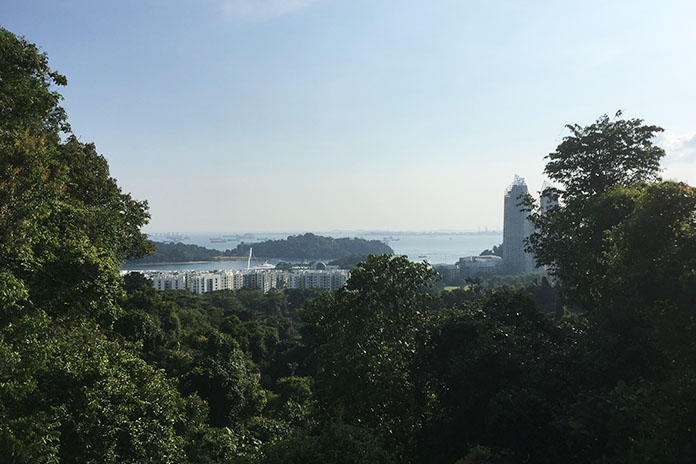 I REMEMBER growing up in the 1960s and 1970s when we would pile into the car and take the long drive to Telok Paku.

You could still enjoy quiet times back then, watching the waves roll in and hear the wind work its way through the casuarina trees.

But by the 1980s that serenity gave way to the sound of jets winging tourists and businesses in and out.

Over the decades the Singapore skyline has changed dramatically. The infrastructure has always aimed to be a gleaming example of the little red dot that could, but it needed more people to keep the engine going.

The Population White Paper aiming to grow Singapore’s population to 6.9 million by 2030 was met with much resistance when it was released in 2013. The numerous issues converging on a 50-year-old country was a test of its resilience. The rising cost of living, a tough economic environment, the cost of medical maintenance of an aging population, the sudden realisation that HDB flats have a 99-year lease that ticks along with the clock, disruptive forces that were shaking the status quo and global tensions have not helped to ease the burden on government to come up with a vision for the future.

The focus on this year’s National Day Rally on the Greater Southern Waterfront (GSW) and climate change helped to push forth a vision and fend off (for a while), the immediate concerns of the day.

Real estate practitioners were salivating at the thought of another 150,000 houses popping up here by 2030, which would dovetail with the original intention of the White Paper. Things may have quietened down on that front, but it doesn’t mean the engine has been switched off. The White Paper says that by 2030 there will be enough land to develop an additional 700,000 housing units.

Considering the possible threat of climate change raising the water levels, can one assume the flats in the GSW would be built a little higher? It would make for a nice perch for the 25% of the population who would have retired by then, as they watch the sun set and wonder what values they have passed on to the next generation.

Maybe if I listen hard enough I might hear the sound of the wind and the waves lapping at the building. Take me back to the old days.