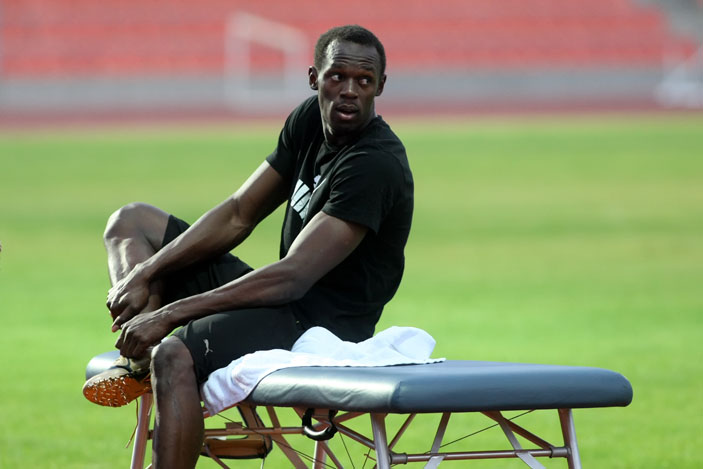 IF EVER there was a story that was too good to be true, it would be the tale of the Jamaican lightning Bolt.

Usain Bolt just made it seem so easy, striding to eight Olympic golds and the same metal in medals for the World Championships, since 2009.

The 2017 World Championships was to have been his last hurrah.

But, the unraveling of the legend was swift in the end, as Bolt’s exit from the world’s athletic stage was not as glorious as he — and indeed the rest of the world it would be safe to assume — would have hoped.

The World Championships in London was meant to mark the end of Bolt’s career. And he was in line for two gold medals, in the 100m and 4X100m.

Not an ideal way to end a career. But some things are beyond our control. No matter how wonderful the fairy tale script has been thus far, reality will stride in and take over.

And so it did with Bolt, probably the most recognised athlete or individual in the world, after the late Muhammad Ali. What he has done to deserve that recognition is a combination of talent, charisma, charm and the ability to be the same man to everyone.

That is not an easy thing to achieve with demands made of the famous and successful to be a chameleon in various circumstances. But Bolt’s easygoing manner will always endear him to his audience.

That is one lesson that is valuable from Bolt’s journey. To be who you are no matter what you run up against.

Another would be deciding when to stop.

As former Olympic champion, Michael Johnson observed about Bolt’s performance in London: “It was one season too many.”

Perhaps that’s another lesson Bolt serves up for everyone, regardless of what you’re doing. You can’t always be the leader.

But while you are, enjoy the run.

We certainly have enjoyed watching it.