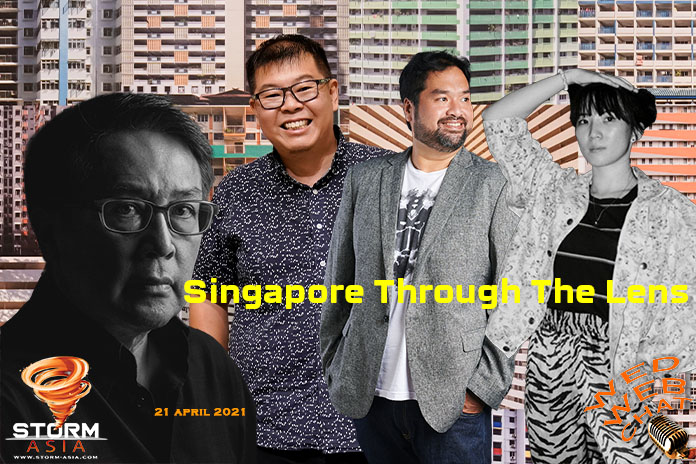 MENTION a country and an image springs to mind.

Of course there are variations. It could be people or nature, or the food.

But, the images are built up over time and continue to be perpetuated.

Singapore has its own scenes that are hammered into our consciousness by heavy marketing. Marina Bay Sands, the Merlion, the Singapore Girl, and we used to have Ah Meng.

While these serve very commercial purposes, to drive tourism into Singapore, what are the images that resonate with Singapore’s photographers?

The WED WEB CHAT — Singapore Through The Lens on 21 April, from 12:45pm — 1:30pm gathers well known lensmen and a young filmmaker to hear their views on the topic.

Celebrity photographer Russel Wong is currently showcasing his pictures of Kyoto at the Asian Civilisations Museum. It took him many years to gain the confidence of the geisha community there. While his shots have graced the cover of TIME magazine and he played himelf in the Crazy Rich Asians film, what would be his image to represent Singapore?

Bryan van der Beek worked in newsrooms in the US and Singapore, and has since stepped out on his own. His commercial and editorial photography have won him numerous awards and are in the permanent collection of the National Museum of Singapore.

Darren Soh is known for his architecture shots, and he is currently exploring the rapidly changing urban landscape. His work have been shown in a number of exhibitions and his multi-disciplinary project Before It All Goes was a President’s Design Award nominee in 2020.

Rounding off the panellists is young filmmaker Grace Song, whose offbeat films have kept her on her chosen path. Her recent works under the Creatives Commissioning Creatives residency titled Bat Soup and Dirty Laundry were shot during the Circuit Breaker in Singapore, garnering much media attention. Her latest film, Metadata, will be screened as part of the 7th National Youth Film Awards.